Dragon Noodles' goal is to create a welcoming, calm atmosphere for all guests, no matter where they are from, near or far – with that in mind I had to drop by to experience Dragon for myself. Located a stone's throw from Aeon Shimotsuma and Route 294, Dragon Noodles has a unique appearance for a ramen shop. Step inside and you'll appreciate the wide open space and brightness during the day, or the calm, relaxed attitude in the evenings.

But the main draw is arguably the Devil Dragon ramen (1,000 yen). Blending 5 different types of chili pepper into its broth, topped with a serving of Tatsutaage-style char siu pork, daredevils can choose between 3 varieties: 'Half-spicy' ('Han-kara'), 'Normal' and 'Very Spicy' ('Chou-kara').

It is recommended you start on the lowest and work your way up – they'll happily adjust to your preference.

Numerous side dishes are available, including gyouza — mandatory when it comes to ramen in my opinion. Why not try both varieties: boiled and grilled?

Originally launced as Tokyo Dragon Ramen back in 1999, the original concept of using the 'Dragon' name was a decision based on how well understood this term was throughout the world. In the beginning, Dragon went through tough times as it was still making its name.

After being picked up by a ramen magazine a year and a half later, customers started to pick up and Dragon's fortunes changed thereafter.

Despite being partially destroyed after the Great East Japan Earthquake in March 2011, Dragon was reborn as Dragon Noodles (ドラゴンラーメン) in October of that year and, it's fair to say, has been doing really well since.

Love ramen? Follow my updates on other great ramen shops. 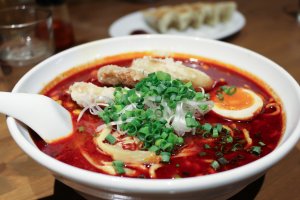 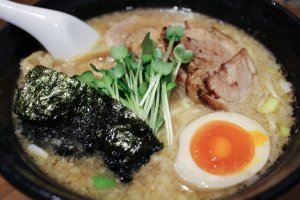 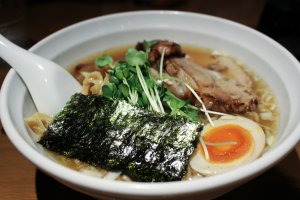 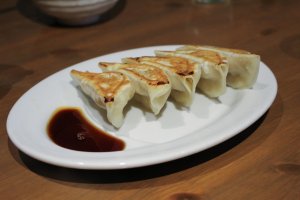 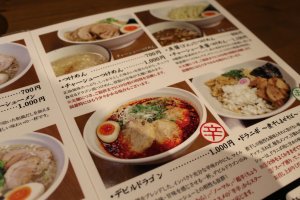 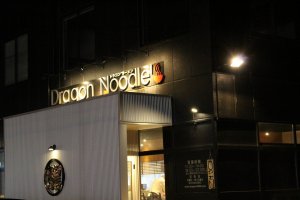 Tom Roseveare Author 6 years ago
Thanks for all the comments - the ramen tour is only just getting started so stay tuned!
Reply Show all 2 replies

Mandy Bartok 6 years ago
It's not exactly in your backyard, Tom, but apparently Wakayama City has a fleet of "ramen taxis". You book a driver for a few hours and he takes you to a number of the city's famous ramen joints. What a great marketing scheme! Wish they'd expand beyond Japanese language only ...
Reply

Relinda Puspita 6 years ago
it looks like a must-taste food before you die.
Reply Show all 0 replies