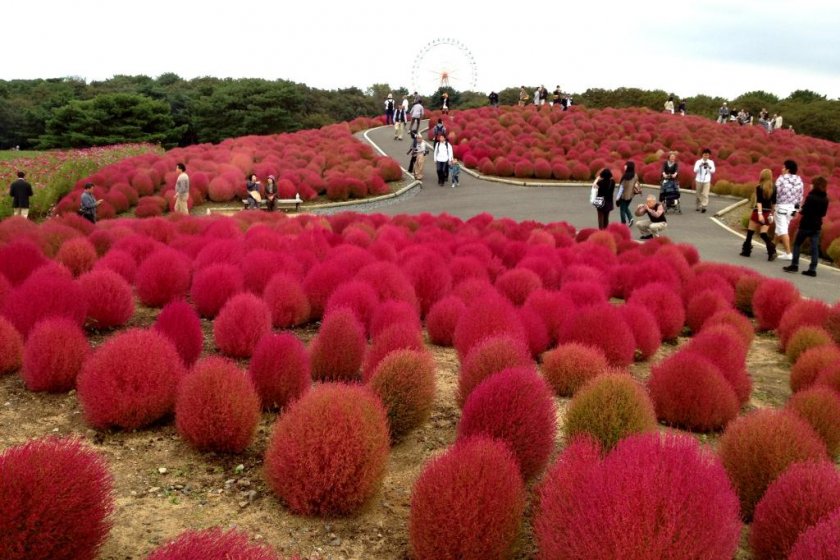 A red carpet with Kochia flowers

During the fall season, a lot of people get out from Tokyo to enjoy koyo (trees changing colors). There are so many places to see beautiful koyo, but I’d say Hakone in Kanagawa and Nikko in Tochigi are two of the best-known places for it, and even hot springs attract leaf-viewers.

Of course, I’m not an exception! Well, for me, I’m not a city girl, so I get these itchy feet and want to get away from this busy metropolis and just relax surrounded by nature any time of the year…

Anyway, since it was mid-October and still a bit too early for a perfect koyo, I looked for something different. Besides, I’ve been to Hakone and Nikko already, so why not check out a different place, right? As I was looking around, one picture caught my attention: a picture of a hill covered with bright magenta-colored plants called kochia (also called ‘bassia’ in English). I found out that the picture was taken at a seaside park in Ibaraki prefecture named Hitachi Kaihin Park. Without having a second thought, I decided to head out there. I just fell in love with the color at first sight.

We took a rapid train bound for Katsuta (勝田) from Nippori (日暮里) station and it took about 2 hours. If you want to save some time, you can take an express train called 'Fresh Hitachi' and pay double. After getting off the train, we transferred to a local bus which took us to the West entrance. The admission was only 300 yen. Upon entering, we found a big wide-open space with a fountain behind it. We sat down there and had lunch while looking at a site map.

Apparently, Hitachi Kaihin Park is almost 7 times bigger than Yoyogi Park in Tokyo. There are so many things to do. Since it is gigantic, people rent bicycles or get on a train called the Seaside Train, which goes around the park. There is a road through the park that takes in the many gardens with different flowers, and there is also an amusement park.

Among the gardens, my favorite is, of course, Kochia! According to the map, Kochia was planted around the place called “Miharashi no oka - lookout hill”. As the name indicates, we got the best view from there. We looked down the magenta carpet from the hilltop on one side and also enjoyed the view of the Pacific Ocean on the other! To add a nice color gradation, lots of cosmos were planted among the kochia. I wish it was a sunny day so that I could have seen the contrast between the blue sky over the red garden, but the view was still amazing nevertheless!

Born and raised in Osaka, Japan. I've lived in the state of Oregon for the past 10 years. I came back in Feb 2011 and currently working in Tokyo!I've traveled around the world but realized that I haven't traveled much in Japan. Now taking advantage of being in Japan, I want to explore my own country more! 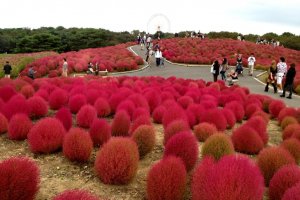 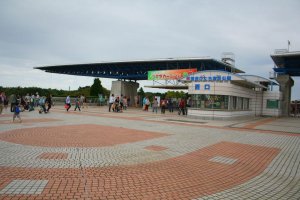 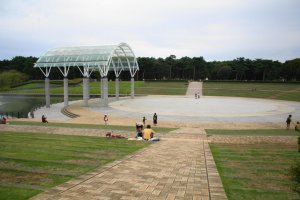 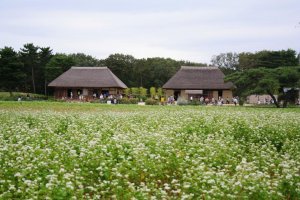 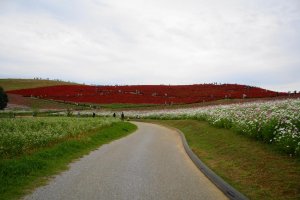 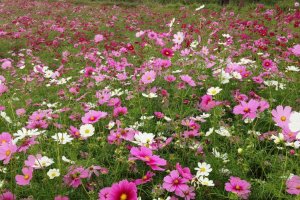 Elizabeth S a year ago
It's so beautiful, so huge, and there is a ferris wheel from which to see it all? I'm there!
Reply Show all 0 replies

Kim 3 years ago
Always reminds me of something otherworldly, like a scene from a Dr. Seuss book!
Reply Show all 0 replies

Elena Lisina 5 years ago
I visited it in May when all the fields were blue color. It was wonderful sight! I'd like to see it in autumn, too. Looks beautiful!
Reply Show all 0 replies

Victoria Vlisides 6 years ago
I can't wait to go!
Reply Show all 0 replies
4 comments in total