Whether you are visiting Japan for a few days or have been living here for a few months, you'll eventually find yourself visiting a temple or two during your stay here. They can be found everywhere throughout Japan and while their layouts may differ depending on the area, they are all commonly decorated with traditional statues. These statues and lanterns have more significance than just their beauty. If you want to find out more about the origin and significance of them, you'll want to visit Makabe town in Ibaraki Prefecture.

Makabe is a small rural town located in Ibaraki prefecture with a population of about 20,000 people. Although a first glance from the station might not seem like there's much to this small town, this area is well known for it's Makabe stone lanterns. The art of making stone lanterns (ishidoro) has existed for about 1,000 years, but the Makabe area did not start making them until about 500 years ago. With the cultural flourishing of the Edo period, the use of Makabe stone at shrines, castles, and architecture began to spread. After the Meiji period, the use of Makabe stone began to be known around the world due to its sturdiness and refinement. These lanterns, found all over Japan, are famous for not only the sense of beauty they bring but also for the history that comes along with each of them. Each Makabe lantern has a story behind it that gives each its own significant shape and markings.

While the designs can range from simple and easy to complex and elegant, making these stone marvels is no easy tasks. Starting from the stone quarries in the mountains of Sakuragawa City, the granite is cut from the quarry and brought down to the craftsmen in large slabs. The craftsmen then use special sets of tools to chisel the rock away to create the beautiful and intricate designs that we see today. The tools might seem lightweight and simple to use but they're very heavy and take a steady hand to execute the patterns right.

Some designs are simply for decoration, with no significant meaning, such as the statue of a man sitting down and fishing. While others such as the Five-Ringed Tower (Gorintou) has Buddhist origins and is used for memorials and funerals. These are often found around Buddhist temples throughout Asia. The Komainu pair Ah and Un are also found in temples throughout Japan which represent the beginning and end of all things. A very common stone lantern is called the standing lanterns (Tachi-Doro). The lantern is easily recognizable by its pagoda shape top and hexagonal lantern holder. Often times lotus flowers, sun, and moon markings are carved into the exterior. These are often found in shinto shrines next to shrine gates (Torii) to light the passage along the way.

It's amazing to see how the tradition of creating these statues has been kept alive. While these statues can take many months to complete there is no machine work involved during the crafting process. It's another quick reminder of the importance of tradition in Japan. I suggest the next time you visit a temple stop for a moment and appreciate not only the beauty but also the history behind these hand crafted pieces. 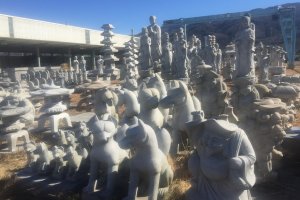 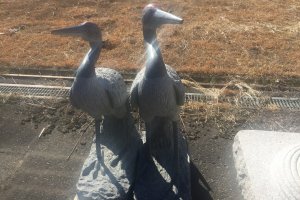 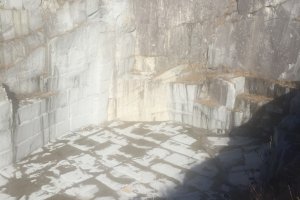 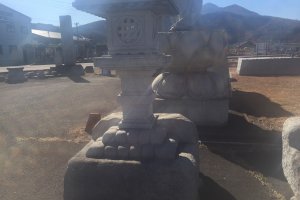 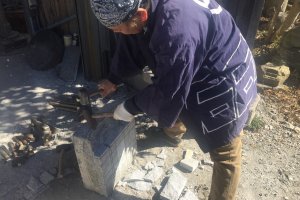 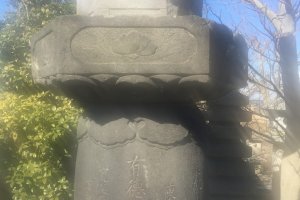 Sleiman Azizi a year ago
The craftsmanship behind such creations really is worthy of respect.
Reply Show all 0 replies

Ken Ibaraki a year ago
Interesting, but there is no station in Makabe and hasn't been for over 20 years. The railway is now a cycle track. Cycles can be hired at Iwase (10 km north) or Tsuchiura (30km south), or there's a complicated bus route with a transfer, starting at Tsukuba station.
Reply Show all 0 replies