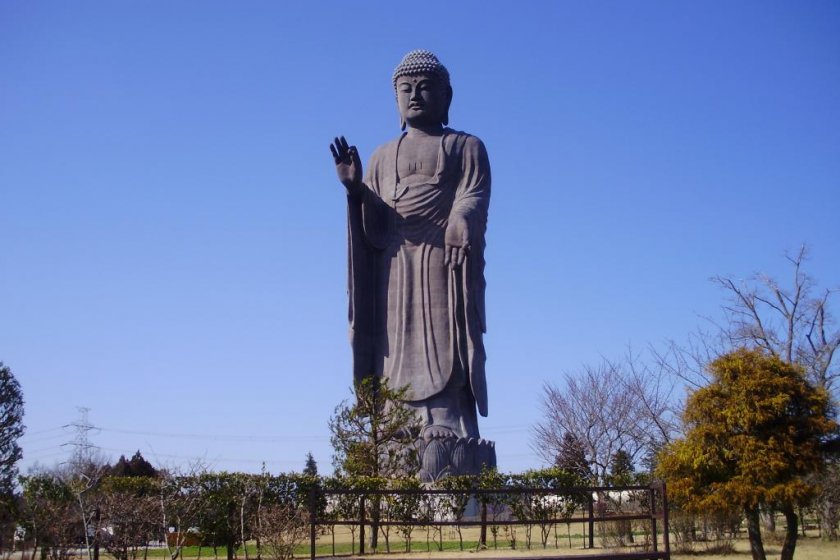 The third-tallest statue in the world

The Daibutsu as seen from the entrance to the grounds

It’s so easy to get caught up in our mundane daily routines and miss out on interesting experiences. A few months ago, I found myself in this trap: working five days a week, catching up on sleep, chores and errands on Sunday, then getting up the following Monday to do it all over again. I decided then that I had to put a stop to this for the sake of my sanity. At that point, I decided to actually go out and do something interesting every Sunday.

So far, I’ve been lucky. I’ve had some great weekends thanks to a few hours of planning between me and my husband every week. One great Sunday we had, however, came to us completely by accident.

We had been talking one night when I mentioned that I really wanted to see the Tokyo Daibutsu (Great Buddha). We’d been to the one in Kamakura and the one in Nara, so why haven’t we seen this one when it’s so close?

I did an Internet search for the word “Daibutsu” and found something completely unexpected. The second search result was an article about a Great Buddha located not in Tokyo, but in Ushiku City in Ibaraki Prefecture. At a height of 120 metres (including the 10 metre high base and the 10 metre high lotus platform), it was the tallest statue in the world upon completion in 1995. It is now the third tallest statue in the world, behind the Spring Temple Buddha in China and Laykyun Setkyar, located in Myanmar.

Inside the statue are four levels:

Our trip to Ushiku was a pleasant one, taking less than one hour from Ueno Station on the JR Joban Line. From Ushiku Station, it takes 20 to 30 minutes to get to the compound by bus. By taxi, it takes about 15 minutes.

The Daibutsu is impressive, and I definitely recommend going out to Ushiku as a day trip for anyone living or travelling in Tokyo. What I learned that weekend, though, was that it’s impossible to run out of interesting things to see and do in Japan. All you have to do is open your mind. Or maybe just your web browser.

I was born and raised in Jamaica and went to college in the United States, where I received a degree in Politics. After graduating from college, I came to Japan in 2007 basically because I had no sense of direction and I was looking for adventure. Six years later, I find myself still in awe of how complex and interesting life in Japan is. I work as an English instructor and I spend my spare time reading, cooking, traveling and working with a creative writing group based in Tokyo. 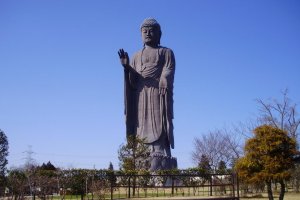 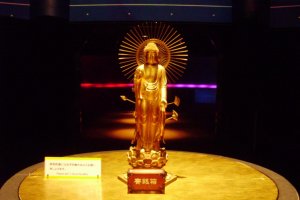 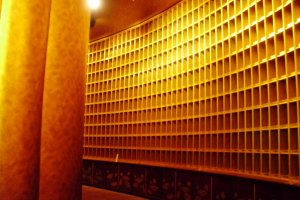