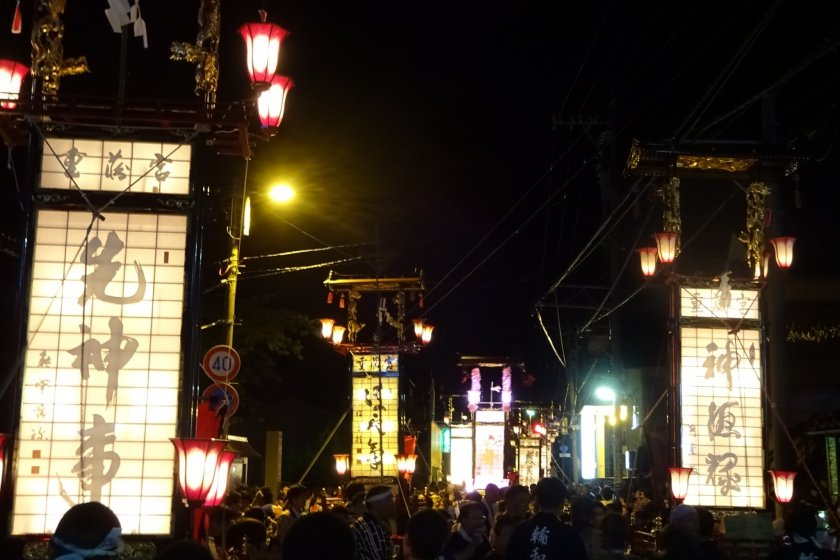 Parading mikoshi and kiriko around town till midnight

The Wajima Grand Festivals are the highlight of late summer in the Wajima area of the Noto Peninsula. The festive activities center around some local shrines. One of them is the Juzo Shrine in the Kawai-machi area of Wajima. The festivals are kicked off by the Okutsuhime Shrine Festival. These festivals take place, one after another, from August 22 to 25 each year.

The Juzo Shrine is the center of the next festival. It involves a parade of a mikoshi and of 30 kiriko around the local area from 8 pm until midnight. It is said that this parade is in remembrance of a journey done by a Shinto Deity. The kiriko are carried back and forth for the whole evening, accompanied by the shouting of washoi and taiko drumming and the sounds of the Japanese flute.

The climax of this festival is a “race” of mikoshi that leads to one of three taimatsu. Taimatsu are ten meter high torches, which are set alight at the base and the flame is travelling up the stem of the torch to its top. The top of the torch is shaped like a hat. There are gohei, sacred white paper stripes, attached. Gohei are a typical sight at shrines and at Shinto festivals in Japan; they mark sacred space.

The mikoshi is carried around the taimatsu. Then the carriers of the mikoshi start to compete with each other to try and catch one of these gohei after the flames have brought down the top of the torch. Those who are lucky to catch a gohei are said to receive good fortune. There is a stiff competition to catch these lucky charms.

Festivals at the Sumiyoshi Shrine in Fugeshi-machi and at the Wajimasaki Shrine in Wajimazaki-machi conclude the festive days. If you enjoy Japanese summer festivals, then the Wajima Grand Festivals are not to be missed. Since they take place in the evenings, you can spend the day checking out some of Wajima's attractions, such as the Wajima Morning Market and Wajima lacquerware. 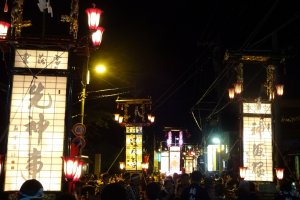 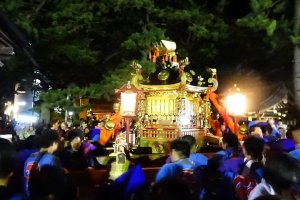 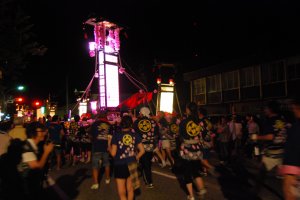 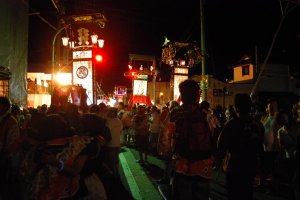 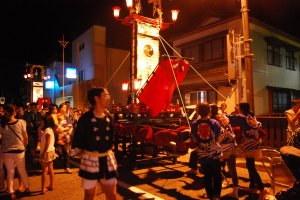 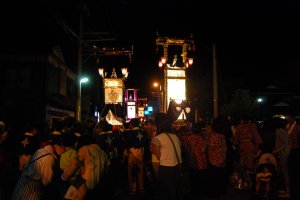 Elizabeth S a month ago
Wajima knows how to throw a festival.

Nice work capturing the atmosphere in your night photography.
Reply Show all 0 replies
1 comment in total