A story of remembering 3.11

The 3.11 Densho Road Foundation was established in 2019 to communicate, through various projects, the realities of the Tohoku earthquake and tsunami. Lessons learned from the disaster will ensure more lives are saved in the future. Densho means “to pass on to the next generation.”

The vision of 3.11 Densho Road is to protect lives by preparing hearts and minds for future disasters. One project run by 3.11 Densho Road is 'Kataribe' (Japanese for professional storyteller). As part of the ten-year anniversary of the Great East Japan Earthquake, many ceremonies were held along Tohoku's eastern Sanriku Coastline, where I was fortunate to take part in a very special kataribe experience.

I am taken step-by-step with the kataribe as he relives the 11th of March in 2011, right where it all happened. The area has been redeveloped eight meters higher and as he takes me to his company building, the only structure left standing for miles, I feel the difference in height level immediately. We put on our safety helmets and walk down to the entrance.

He starts his story by telling me what was happening on that usual, everyday morning; where his family was, what they were doing, and their plans for the evening. Slowly his voice becomes powerful, his explanations more explicit. He reenacts the movement that was happening, the feeling, the sounds he could hear, and how the earth was taking over his body and everything around him. I truly feel like I am there with him at 2:46 pm on the 11th of March, 2011.

After a while, his voice quiets a little and I feel him remembering every single detail again as he shares what happens next. My breath is taken away. Even as I write this now, I feel my heart beating fast and the need to take a deep breath to focus.

I know what’s coming in his story. On that day, he had no idea. The threat of a tsunami didn’t enter his mind, there were too many other things going on right in front of his eyes to think clearly. The next thirty minutes feel like just a few minutes as he walks me through his building, taking me up the stairs, stopping to explain in detail what was happening; the sounds, the smells, and the feelings. He tells his story with such depth, feeling, and passion. I am glued to his every word and footstep. We reach the top level of the building; we climb the stairs to the flat roof and then higher to the top of the chimney. I normally scare away from heights, ladders, and rooftops but I am in a bubble with the kataribe. His energy brings me with him.

I don’t want to share anymore as this last part of his story is deep, personal, confronting, and emotional. I want you to experience it all for yourself.

It has been a long time since I have felt so moved, lost for words, and my heart crying for what he went through, yet at the same time, I feel his passion and love for life. I am grateful he wants to share his story of hope and resilience. Before we part, he asks me how I feel. I can only utter one word, “scared.” He replies, “good.”

Through storytelling, he is dedicated to building awareness and stressing the importance of always being prepared. He wants to ensure this message is passed down to the next generation.

There was a bird singing through the entire time. I couldn’t help thinking that it was his parents and a younger brother who didn’t survive the day, letting him know they are still there with him, watching him, and encouraging him to keep telling the story to help save lives in the future.

Other projects by 3.11 Densho Road

This is an impressive building mapped out in zones to learn about earthquakes, tsunami, and how to protect lives in the future.

Actual objects that were damaged, photos of damaged sites, and the voices and memories of the victims are showcased. Digital displays of live data of world earthquakes immediately catch your eye on entering. Expect to spend at least an hour here.

A 1,000km-long trail that connects the northern and southern ends of the Tohoku Pacific Coast. Take in the greatness of nature by walking the coastal pathways where the earthquake left its mark.

A place to stay: Houraikan

The owner of Houraikan will lift your spirits as she welcomes you to her ryokan by the ocean. She was swept away by the tsunami but survived and shares her story with guests from all over the world.

She oozes life, love, and resilience. This year, the tenth anniversary since the disaster, she decided it was time to leave stories to others. She wants to start a new life for herself. The day I met her was the first day of her new life. I wished her a happy birthday. She touched my shoulder and smiled.

Houraikan is filled with warm hospitality, big smiles, and beautiful Japanese-style rooms. Meals are prepared with local seasonal ingredients leaving you full and content. When you say goodbye you have a feeling you have made a new friend and want to return.

She has made an evacuation route behind the inn that is lit up at night and easy to see. On the beach a few steps away, a display floats on the water with the numbers 3.11—the date of the disaster. I walk down to take some photos. I look to the horizon and pray we remain aware at all times and remember the lessons that save lives.

To end the ceremonies each year, three huge single fireworks light the sky depicting white chrysanthemums, Japan’s national flower. They light the sky for people to pray and connect with each other for a brighter and safer future. 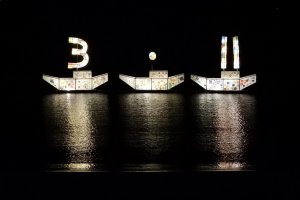 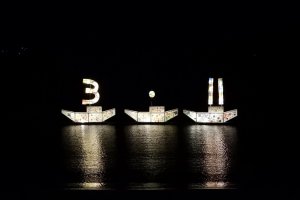 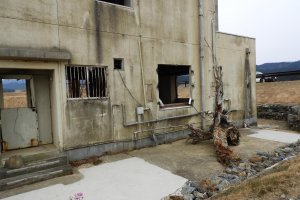 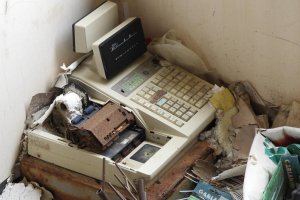 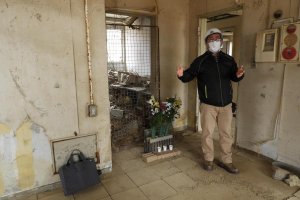 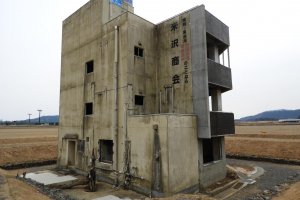 Sherilyn Siy a year ago
Haunting images of things left exactly as they were.
Reply Show all 0 replies

Kim a year ago
Such an impactful read. I can only imagine how moving it was to hear the stories first hand.
Reply Show all 0 replies

Sébastien Duval a year ago
Thanks for attending this trip despite the pandemic and recent strong earthquakes in the area, and thanks for sharing powerful words & photos, Sarah!
Reply Show all 0 replies
3 comments in total