A great place to eat and learn about macrobiotic food

Sobe’s Café is located in Hanamaki near Fuji University in the south part of the city. What is special about this place is that it’s a macrobiotic restaurant and shop. They also grow their own organic rice, have regular seminars about the concept and benefits of a macrobiotic diet and have an online store.

As a vegetarian in Japan, I was surprised to find out that vegetarian options at restaurants are often lacking even when saying that I don’t eat meat, I would find ham, bacon or chicken in what I ordered. Meat seems to be synonymous with red meat only, here in Japan. This also leaves many popular items off the menu like ramen, most soups and even sandwiches. So, I was delighted when I found out about this place just a few minutes from where we live.

I recently had lunch there for my wife’s birthday, she’s the one who told me about it. The place didn’t disappoint. I had the curry set and my wife had the gluten set. I hadn’t had gluten since I left Vancouver. The curry was very tasty and a little spicy with a wide selection of unusual vegetables added for taste and appeal. The mix included lotus root, sweet potato, purple potato, squash and some mushrooms. The curry was served with whole grain rice, actually all dishes are served with whole grain rice. It’s what I usually eat at home but had never eaten it in a restaurant before, nice touch.

The gluten set was served with cabbage and green peppers, it was nice and tender, very well seasoned. too All lunch sets come with a soup, a salad and some pickles. The soup had red sorghum in it. Red sorghum is one of the grains that fall under the category of grains called zakkoku (雑穀米). It’s a variety of mixed traditional grains that include millet, buckwheat, sorghum, black rice and others.

​Macrobiotic eating originated in Japan, it is based on balancing the Yin and Yang. It recommends to reduce animal products, eat fish sparingly and eat whole grains as much as possible. It also recommends to eat local foods in season. The local eating diet or 100 mile diet has gained popularity recently. Although different, it is to reduce our carbon footprint. Like many diets, some advocates make unsubstantiated claims about health. What's important is that it's healthy and tasty, this place deliver on both of these criteria

As mentioned earlier, Sobe’s Café is more than a café restaurant, they have an online shop selling organic grains, oils and rice. They also regularly have seminar on organic foods and macrobiotic cooking and its benefits. Even though macrobiotic diet originated in Japan, it is not very well known here. So hopefully with their help it will gain some popularity.

Price wise, both lunches were around 1000 yen each, considering all the extras it came with, it was enough. The coffee was a bit pricey at 500 yen each but it is organic and fair trade. The desserts were around 300 yen each.

You can find out more about the restaurant, recipes, their products and some events by visiting their web site (Japanese only) at this address;https://cafe.sobe.jp/

Getting there is probably better done by car, they aren't near any public transit lines, the bus yes but you can expect to wait a while. If you're coming by highway, take the Hanamaki south exit, turn left after the toll gate, go about 500 meters, turn left again at R-12. Soon after (less than 100 meters) turn right, just after the Yakuodo store. At the third traffic light turn right, you'll cross a bridge and drive about 2 kilometers, at the third traffic light turn left, it's about 500 meters. Just before the last light there is a Sunkus convenience store on the right. 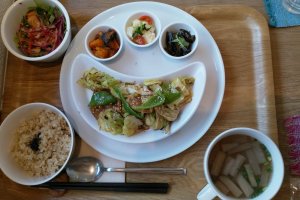 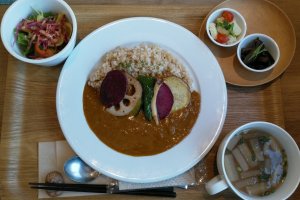 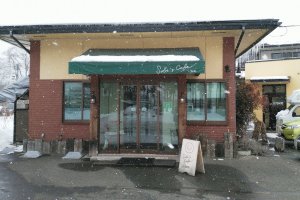 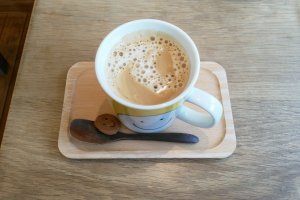 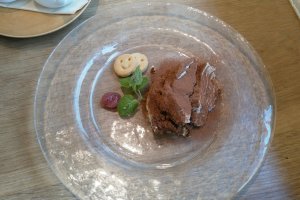 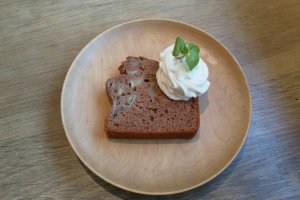