Celebrated for over 400 years every September

The Hanamaki Festival is one of the 3 biggest in Iwate, the other 2 being Sansa Odori in Morioka and the Mizusawa Festival in Oshuu. The streets of downtown Hanamaki are usually rather quiet but for 3 days in September they come to life with hundreds floats and portable shrines. People from all ages participate in the fun from elementary school children to adults. There are many side activities as well during the festival.

The festival is held in honour of Nobuchika Kita 1523-1613, the founder of Hanamaki, the festival started at the end of the 16th century. The festival has been held annually since. The festivities start around 17:00 on the second Friday of September until 21:00, on Saturday, it starts at noon and runs until 21:00 also. On the last day, Sunday, it starts at noon and ends at 19:00. During that time, you'll see elaborately decorated floats featuring some ancient folk tales or historical events. It takes a couple of months to build the floats mostly made of papier-mâché; they have to be built to withstand the rain (it often rains during the festival). Many floats have live flames shooting out at several places; they are very impressive at night!

All Junior High Schools are represented with a portable shrine ("mikoshi" in Japanese) in the parade, and there is a fierce competition among the teams to impress the crowds. Most neighbourhoods are represented by a float as well. A typical float has young children at the front playing the flute, next older children playing the shamisen and adults at the back playing the drums. The melody played originated in Kyoto several centuries ago. There are also smaller portable shrines paraded through the streets of each neighbourhood earlier in the day. All schools finish at noon on the Friday of the festival to allow children to participate in the parades.

Each float is an absolute work of art; they are the main attraction of the festival. Another great feature of the festival is the Kagura Deer Dancers; there are several versions around Iwate but here the dancers are covered in a deer like costume and perform drum dances on Kamicho (上町 - main street where the festival takes place).

Perpendicular to Kamicho is Toyosawa-cho, street where all the food stalls and other vendors are located. You can find the usual festival foods like yakisoba, takoyaki, udon, cotton candy and more. Each year there are new ones being tried. You can also find all kinds of toys, gold fish and some arts and crafts on sale on that street.

The main venue for the festival is Kamicho (上町), it's the downtown area of Hanamaki.

From the Tohoku train line, get off at Hanamaki Station; it's a 10 minute walk on the right of the station. The shinkansen station is about 10 minutes by taxi or via the Kamaishi Line about 15 minutes; be aware that there are only about 4 trains daily. If coming by shinkansen, a taxi would be your best option.

If you're coming by car, get off at the Hanamaki-Minami interchange, turn left and left again at the first traffic signal then go straight; you'll soon see the festival. 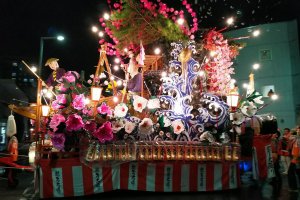 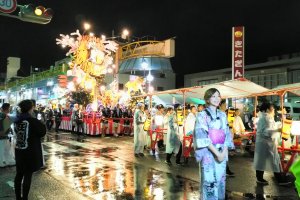 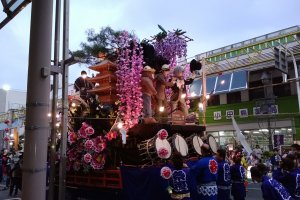 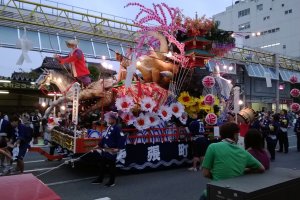 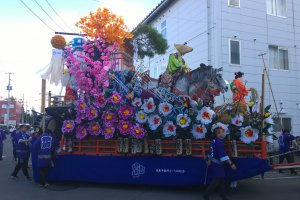 Malcome Larcens Author 3 years ago
I like saying, Iwate is like Hokkaido but closer. Lots of great places to see. Please come and see for yourself.
Reply Show all 0 replies

Sébastien Duval 3 years ago
This is quite a show! Keep sharing great events like this, Malcome :)
Reply Show all 0 replies

Kim 3 years ago
I'd love to explore more of Iwate at some point. Looks like a great festival.
Reply Show all 0 replies