Struggles through Life and Death

Kenji Miyazawa (1896-1933) was a local hero of Hanamaki City in Iwate Prefecture. Tragically, mirroring today's Hollywood celebrities, Miyazawa became only truly famous nation-wide after his death. He is remembered as a farmer, teacher, social activist, and writer, penning classic novels, such as "Night on the Galactic Railroad" (sometimes translated “Night on the Milky Way Train”).

After taking a relaxing soak in one of the city's many hot springs, most tourists search for, or accidently come across, some tribute or connection to Kenji Miyazawa. His influence can be found everywhere. To learn about Miyazawa, first visit the Miyazawa Kenji Memorial Museum. Explore his literature (without reading!) by viewing the English Coast, a river setting which reminded the prolific poet of the British coastline. Or step inside Rasuchijin Association, the classroom where Miyazawa taught and lived part of his life before falling ill.

Miyazawa's beliefs would evolve as he aged, but he always believed what he did very strongly. While this attribute is often highly respected, it was also a weakness that arguably lead to the author's early demise. Miyazawa's parents were both Buddhists of the Otani sect of Jodo Shinshu (Pure Land School). But Miyazawa would convert to the Hokke sect of Nichiren Buddhism in high school after reading the Lotus Sutra. This caused much trouble between parents and son.

The Hanamaki hero fought against injustice through protests and boycotts, making him popular among the people, but separating him from those with money, power, and influence. His ideas of fairness seemed surprising as he was born into a wealthy family. He gave much of his wealth away and for a time walked the streets of Tokyo preaching as a poor priest. The now teacher and vegetarian of the Agricultural School in Hanamaki would lose a young sister of 24 to illness. The shock never left him. He was encouraged by others to continue his until then sporadic writing. Maybe he found it therapeutic. Looking back on things, it is clear Miyazawa’s celebrated life was filled with struggles and hardships.

Miyazawa would become ill twice in his later life, with the second time being fatal. He caught pneumonia, and had other health complications. His weakened immune system from his vegetarian lifestyle could not defend against. It didn’t help that he always overworked himself. In fact, an hour chat with farmers about fertilizer at a festival while he was still recovering exhausted him enough to pass away the following day at the young age of 37.

Against his will, he was buried at his family’s temple: Anjo-ji Temple. But then perhaps persuaded by their son’s strict lifestyle to serve others, Miyazawa’s parents converted to Nichiren, then had their son’s ashes reburied at Shinsho-ji Temple (身照寺).

Visiting the gravesite is free. Just walk around the temple to the cemetery. It is filled with green grass (rare for cemeteries in Japan) and cute creature sculptures like owls, which Miyazawa often drew. The natural, even beautiful setting, seems to be a tip of the hat to Ihatov, a magical place from the author’s novels which were modeled after the mountains of Hanamaki. There are two main graves, often littered with flowers from followers. The left is Kenji Miyazawa’s, the right his generational family's. 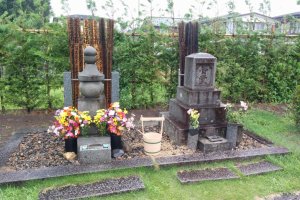 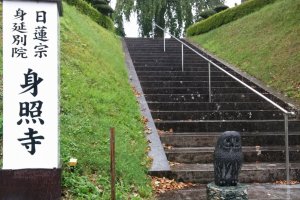 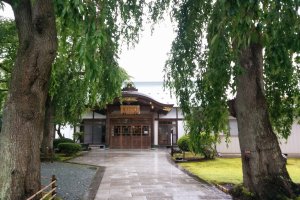 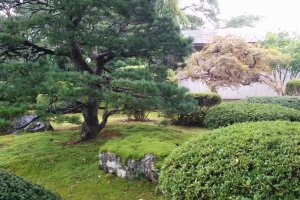 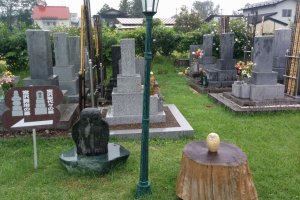 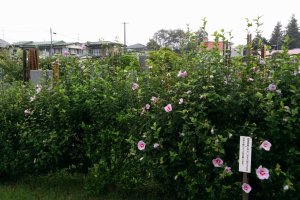