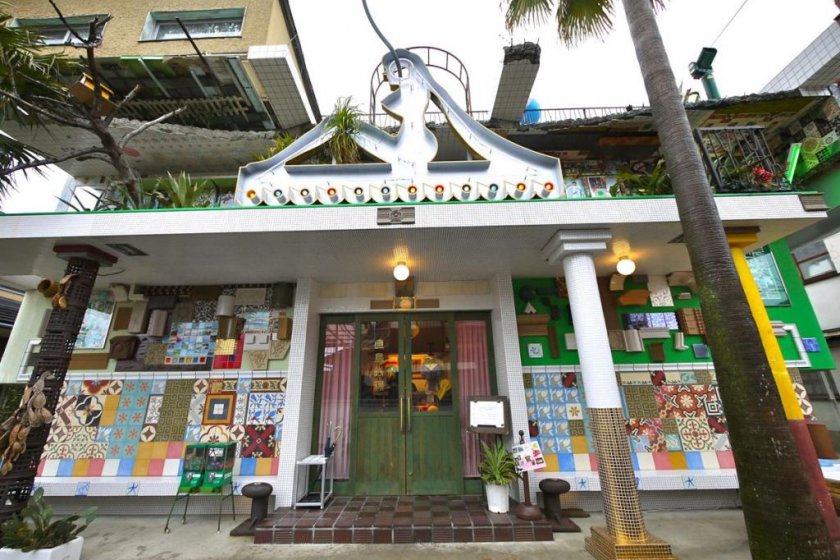 The art island of Naoshima’s most immersive exhibit

The deservedly popular “art island” of Naoshima offers several immersive art installations, such as James Turrell’s contribution to the Art House Project, the exhilarating Minamidera. Naoshima Bath I♥湯 “I Love YU”, created by Shinro Ohtake, is, however, the only one in which you can get naked, and wet.

Those who have visited Ohtake’s “Haisha” Art House on the other side of the island in Honmura will see similarities in style. The exterior of the building, a hodge-podge of Showa-era kitsch and items seemingly selected at random, is like a kind of 3D scrapbook. The name of the bath house is a play on words - the Japanese character for hot water (湯) is read as yu.

Inside, the layout is just like one of the, now rather rare, sento public bath houses that used to be found all over Japan. These places are generally smaller and more basic than onsen hot spring facilities.

In the small entrance hall, you buy your bath ticket from a vending machine, as well as tickets for a towel and/or soap if necessary. Put your shoes in one of the old wooden lockers next to the front desk - push the door shut and take out the wooden “key” to lock it. The attendant exchanges this for a metal key on a wristband which opens a locker for your belongings in the changing area. The bathing area itself has a long, narrow and fairly shallow bathtub down the middle, and is flanked on both sides faucets and showers before which bathers sit on plastic stools and wash themselves before taking the plunge. Here the similarities to a standard sento end, however, as this is a bath house like no other in Japan. It is, simply, a work of art.

Both the changing and bathing areas have some beautiful tile work, and the wall which divides the mens’ and womens’ bathing areas is topped by an elephant called Sadako.

As Ohtake explains on the excellent bath house website, his primary concern when working on the project was to build a fully functioning bath house which would be used and loved, by the residents of this once sleepy island.

The bath house also serves as a space in which encounters between locals and some of the many visitors to Naoshima who come from all over Japan and around the world are possible. The pamphlet I picked up at the ferry port has an excellent photo of people of all nationalities and ages engaging in hadaka no sukiai - a Japanese term which can be translated as “naked communication”. How realistic a depiction this is, I don't know, as when I visited on a damp and chilly winter’s day, I had the whole of the men's side to myself - though there was lots of lively chatter coming from the women's side.

My short soak was the perfect pick-me-up (and warm-me-up) after a somewhat soggy morning walk around the Art House Project, and recharged me for my visit to the Inujima Art Project in the afternoon. If you only visit one sento while in Japan, this should be the one!

The Naoshima Bath website has a good guide to bathing etiquette. Bathing suits are not allowed in the bath, and photography beyond the entrance hall is prohibited. No towels are available for rent and soap is not provided in the bathing area. The ones available for sale are a little expensive, but do make great souvenirs. 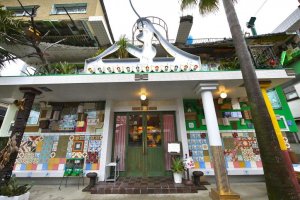 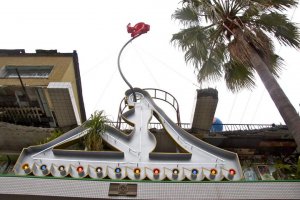 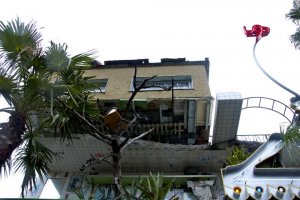