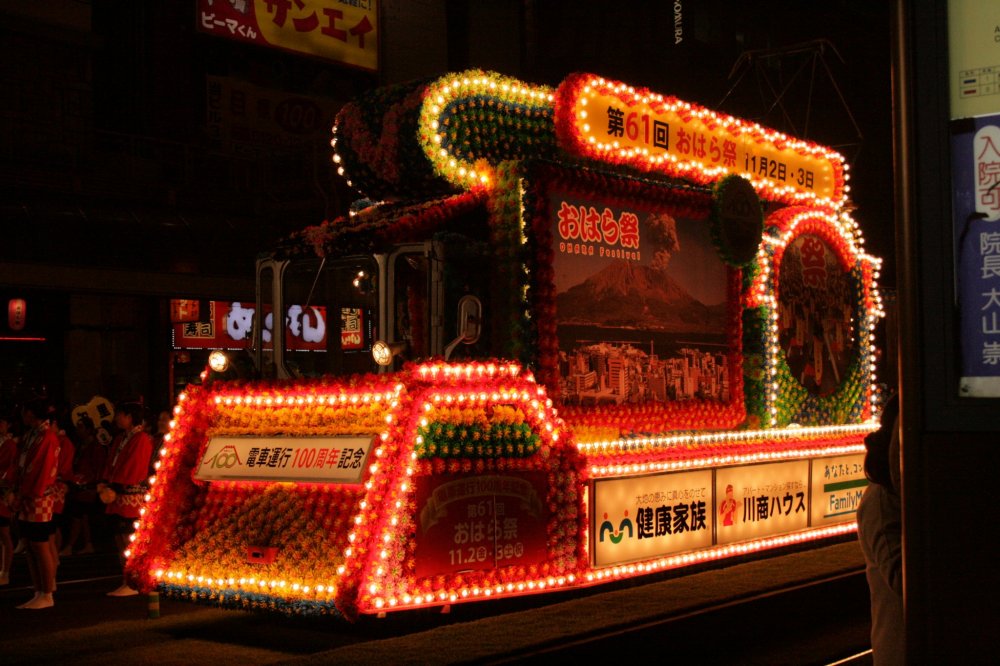 The festival on the 2nd November starts at the evening. The special city tram would be decorated and lit up. 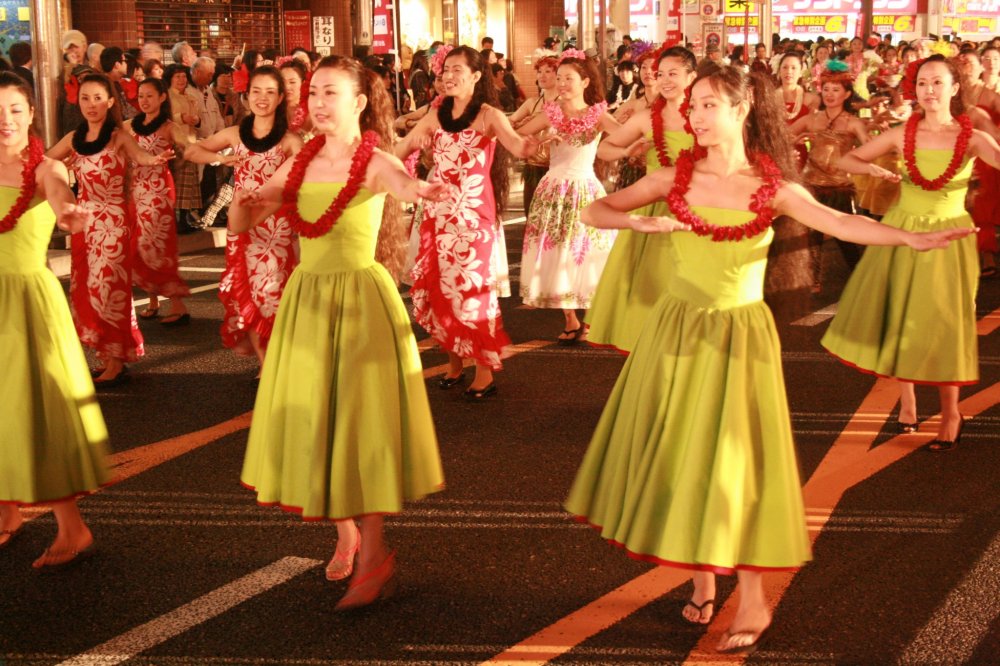 Different groups would have different costumes. I don't think you need me to explain this one for you Aloha! 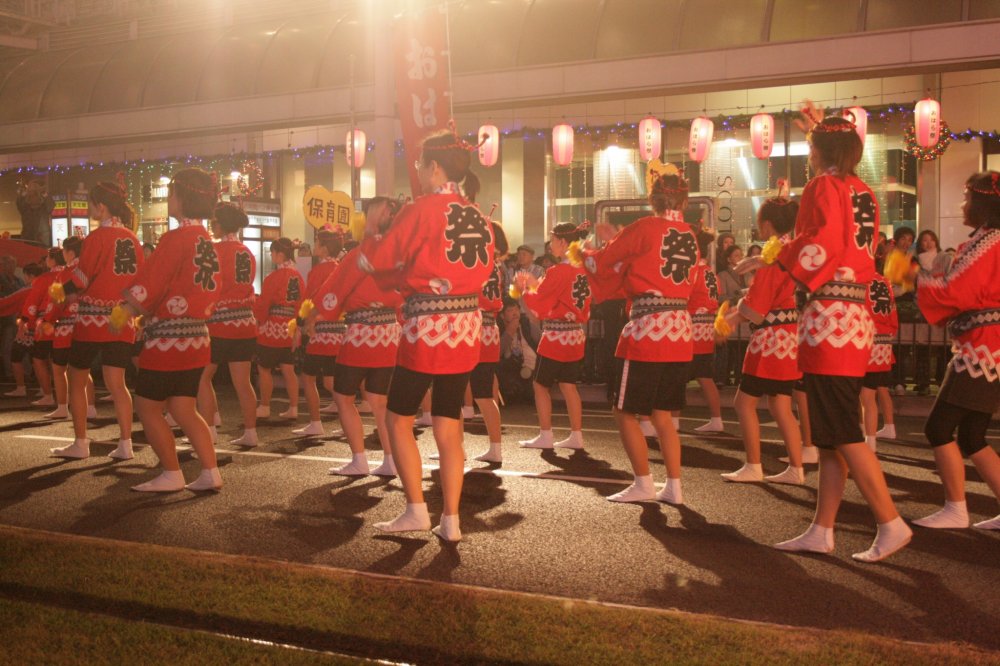 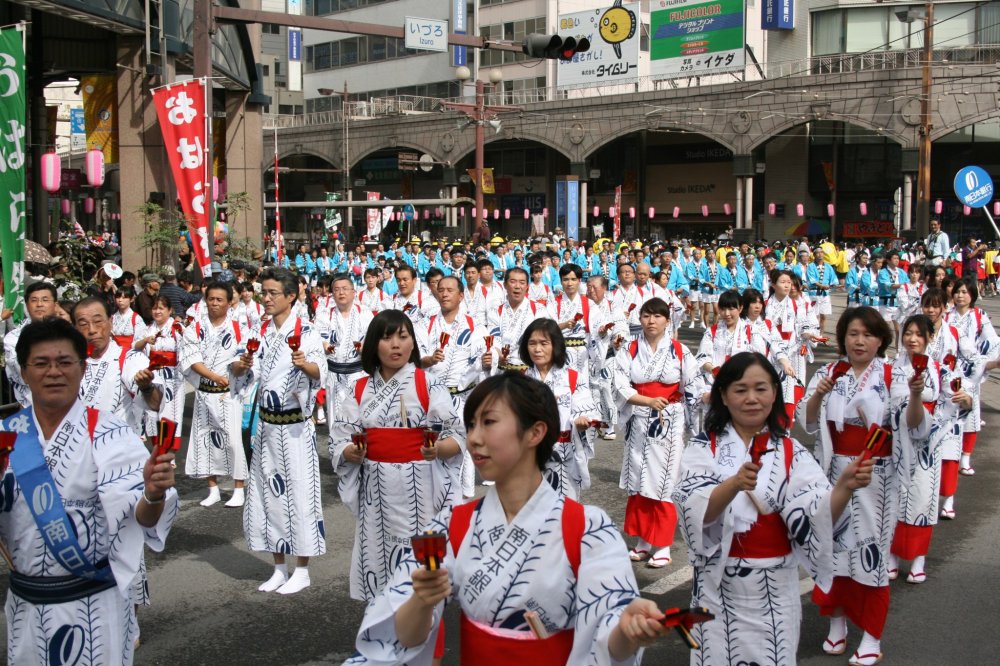 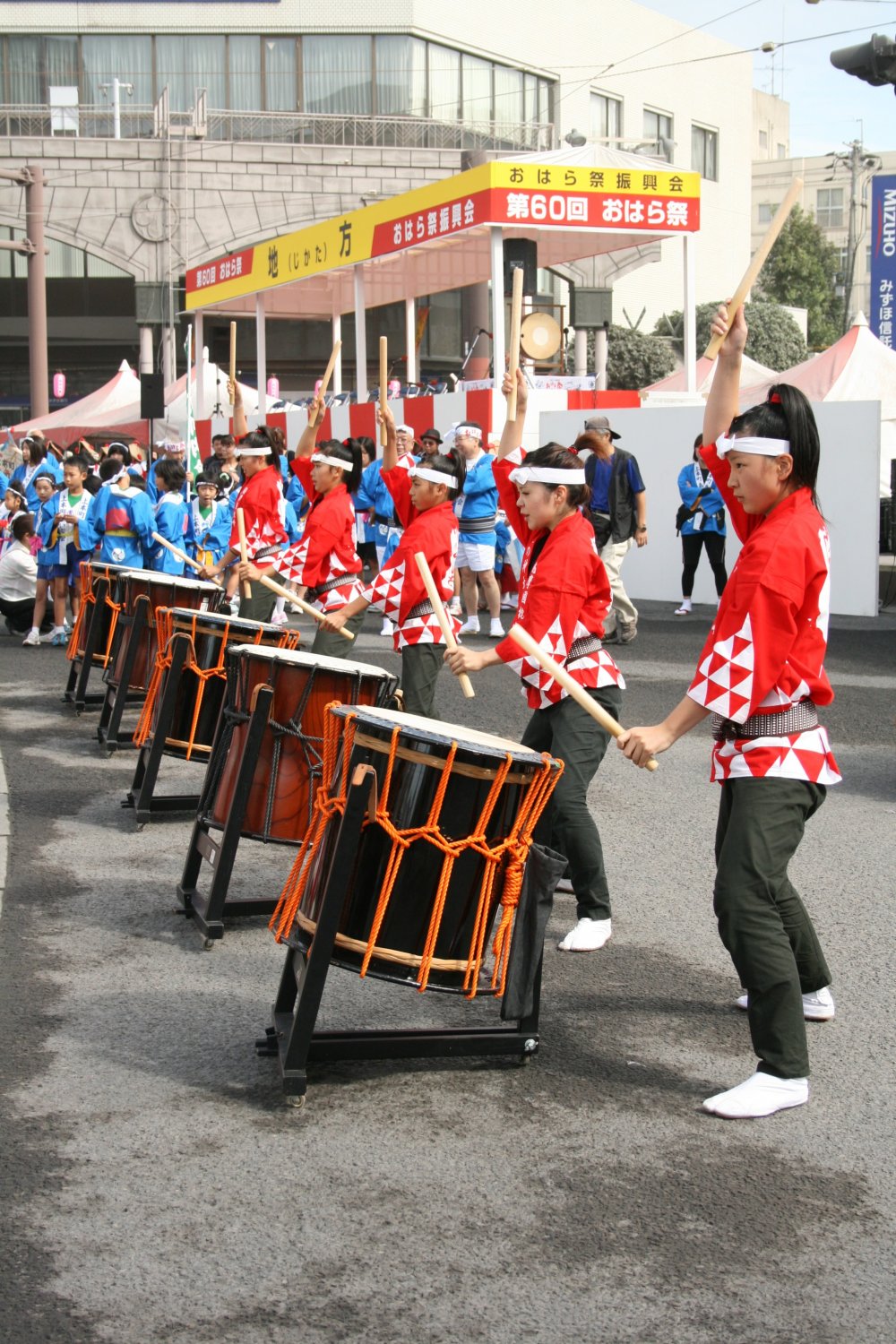 This outfit is kind of resembling the Awa Dance Festival isn't it?  Maybe because of the hat? 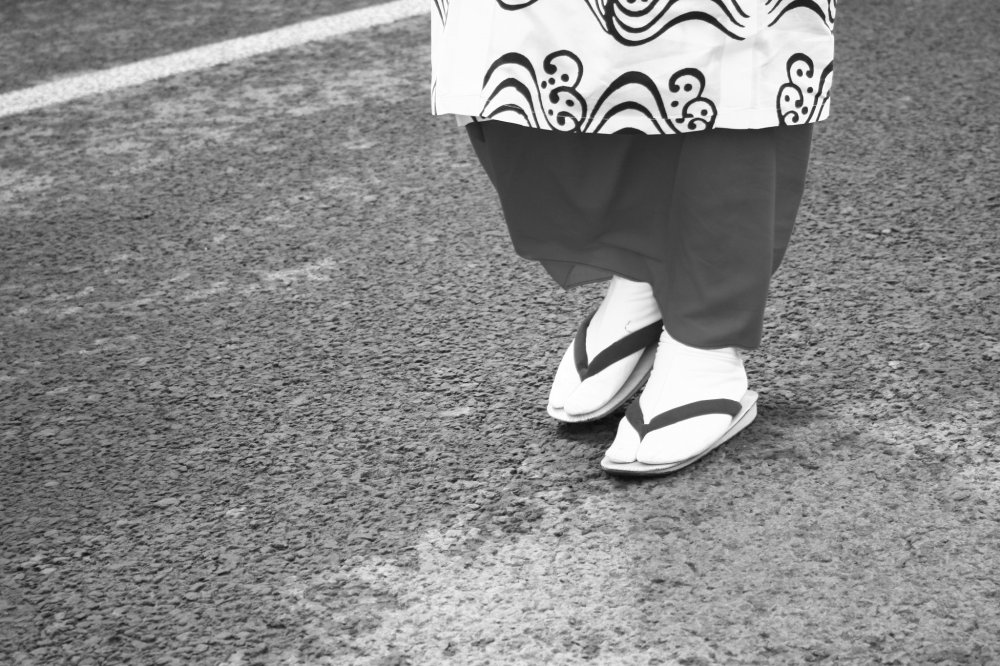 Black & White Series  I always like black & white pictures. The lighting & story-telling skill would be more difficult than a coloured picture, but that's the fun. 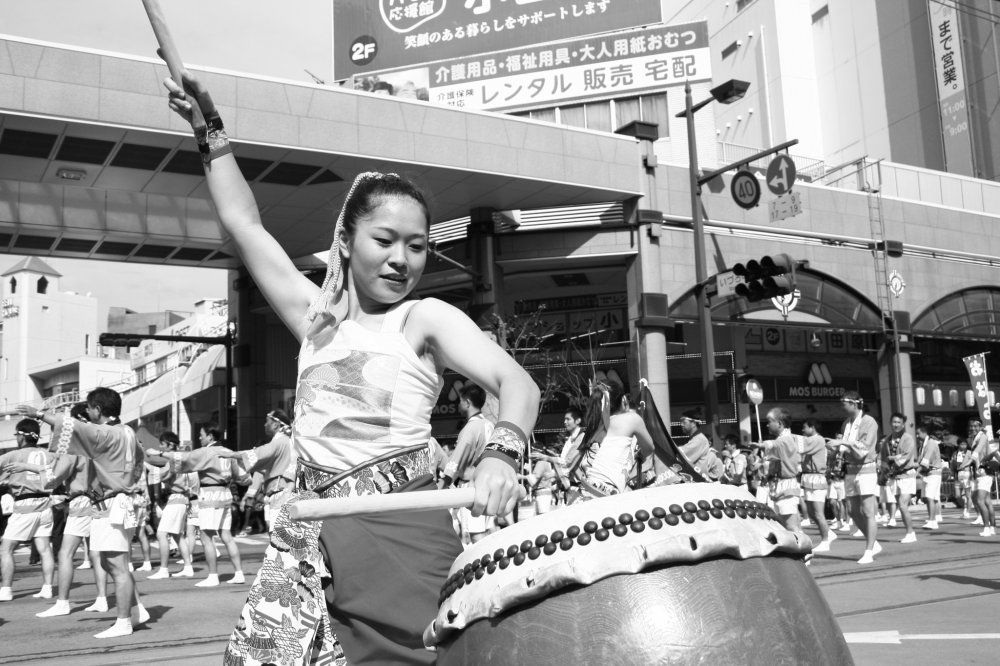 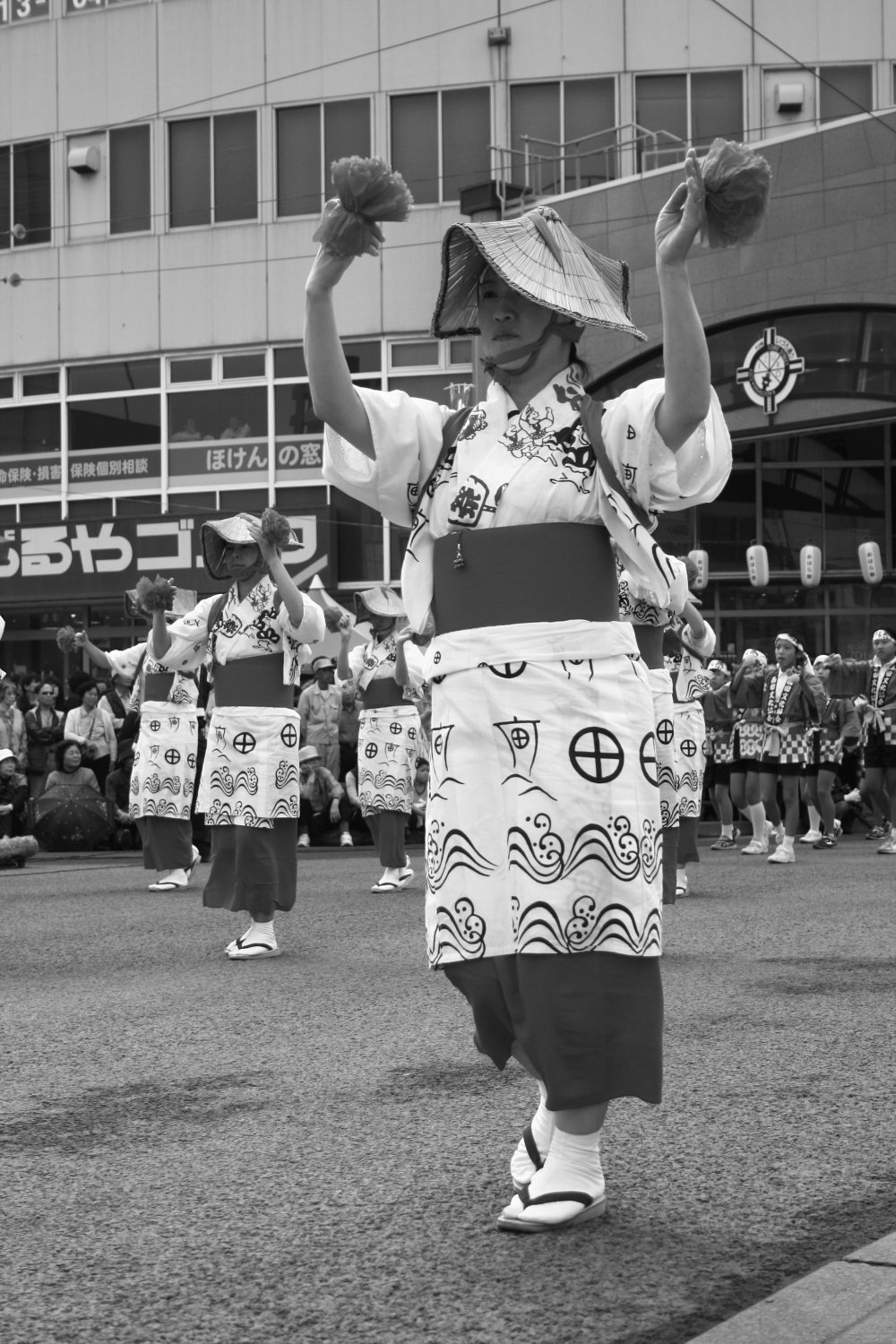 Black & White Series It looks like an old picture even though it's taken recently. 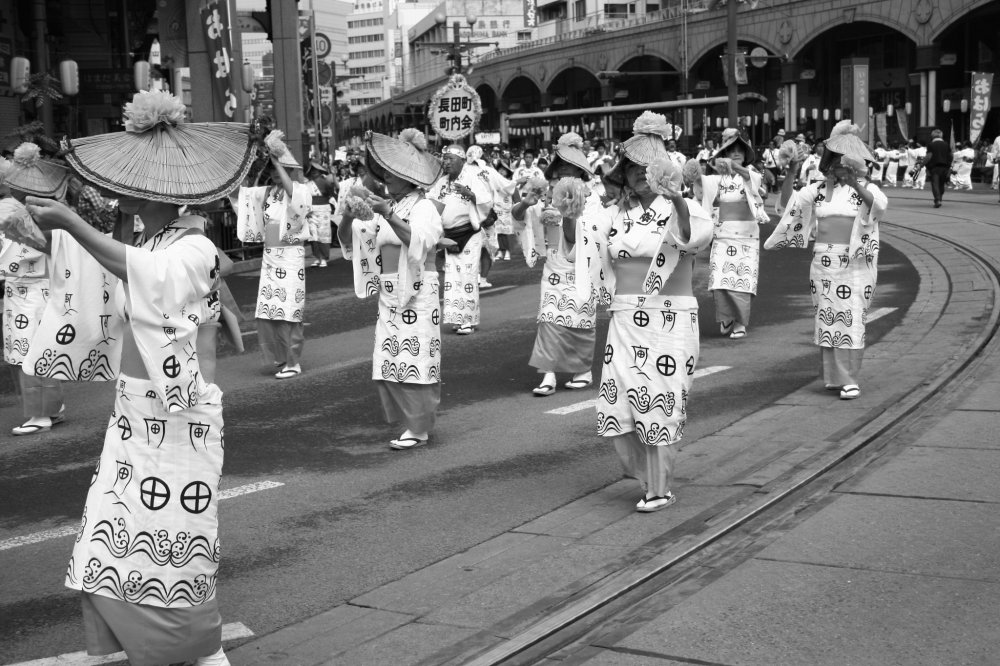 Black & White series   It looks like an old picture even though it's taken recently. 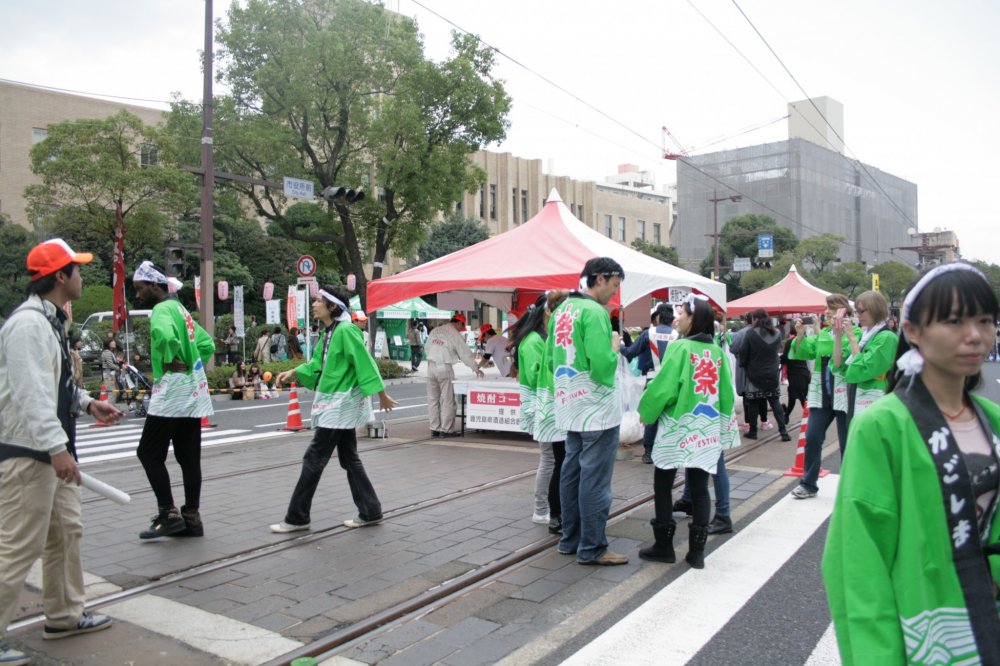 Booths providing shochu and water for dancers. Event though it's an autumn fest, it's still quite hot in the south of Japan, especially during the afternoon and you dance! 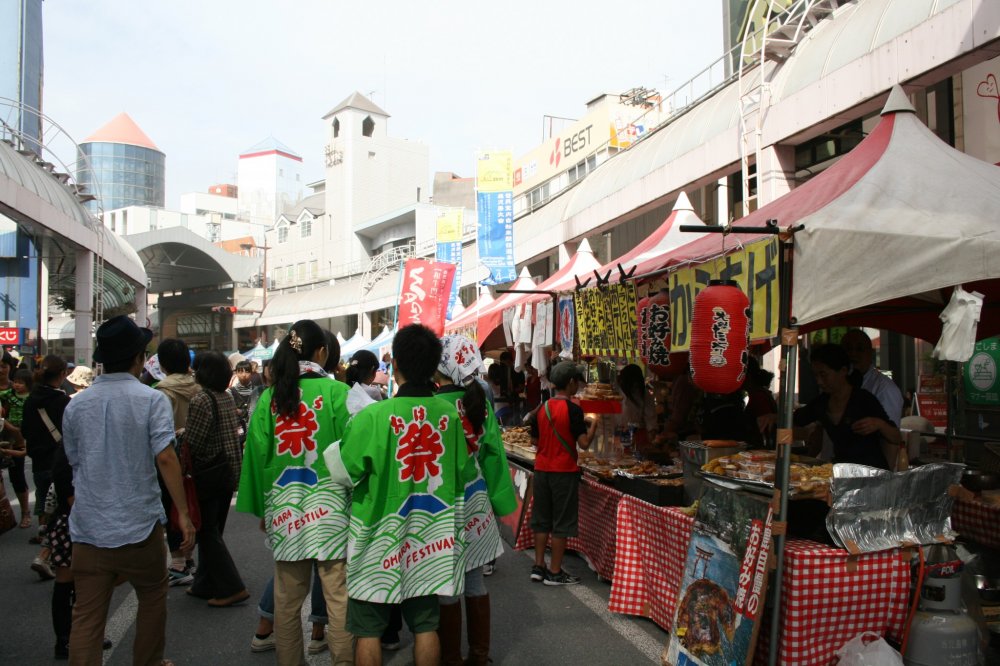 Festival food should not be missed! 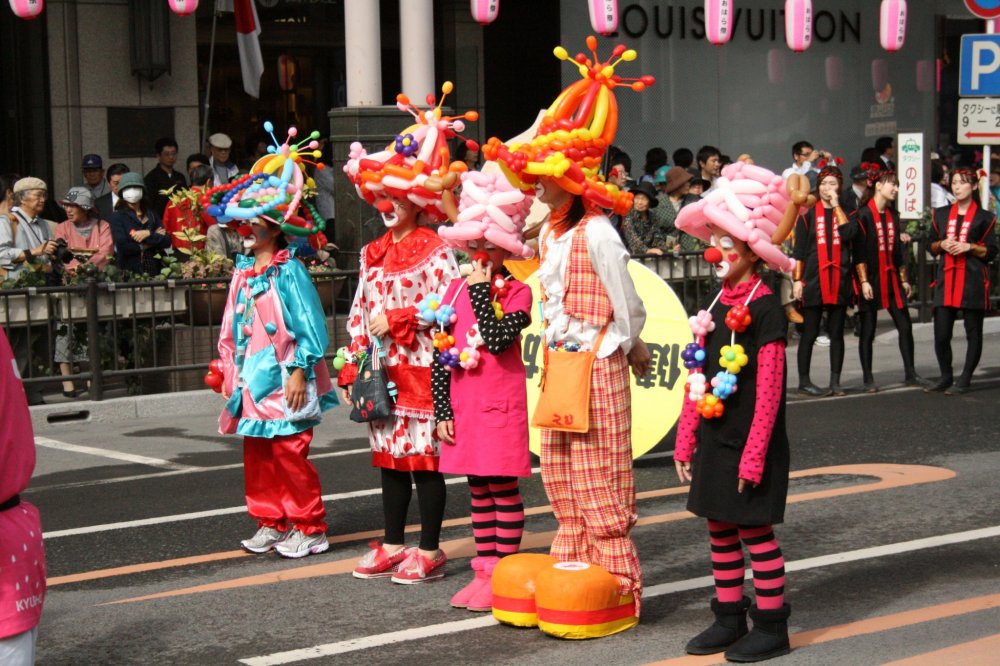 Clowns are here, too 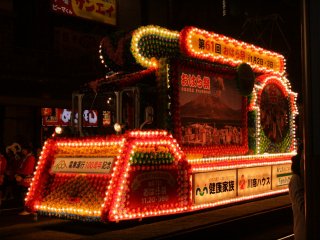 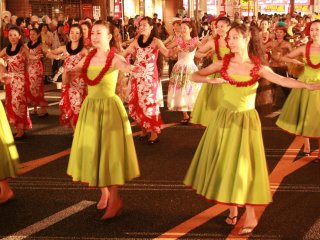 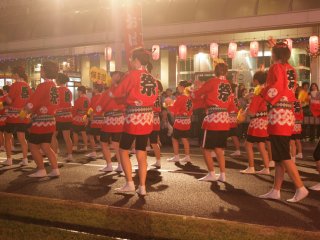 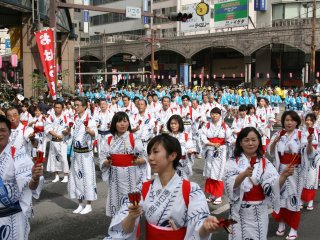 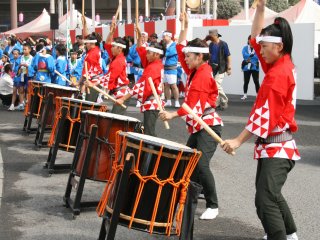 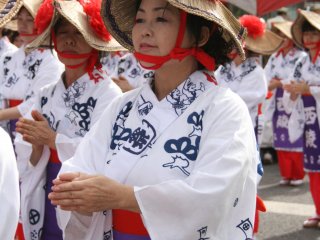 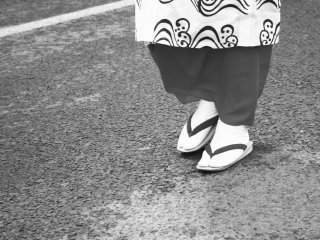 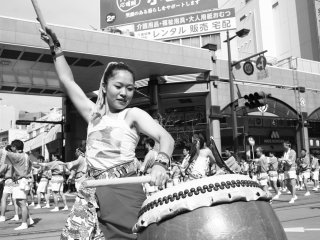 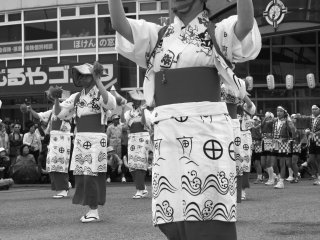 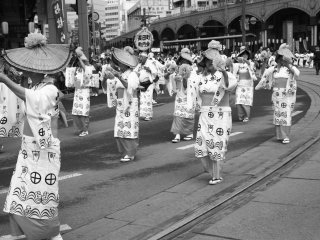 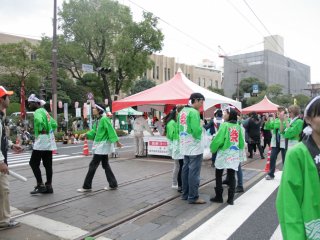 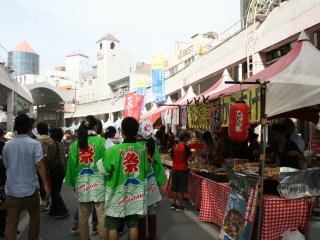 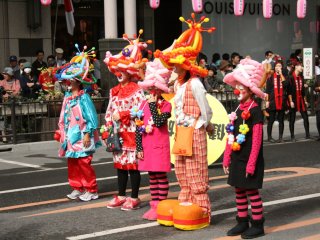 For no doubt, the Ohara Festival (おはら祭り) is definitely the biggest event in Kagoshima City. It happens every year, on the 2nd & 3rd of November. Citizens of the whole city gather and just dance on the tramway. The festival started in 1949 after the war, to celebrate the 60th anniversary of Kagoshima City. It is the biggest festival in southern Kyushu.

The traffic on those days is mostly stopped or re-routed. It is better you use a bicycle, or just simply walk. Starting from the City Hall to the Tenmonkan shopping area, every where will be flooded with people. So be prepared!

One year, I had joined the group "Genki Gaikokujin and Friends" organised by Kagoshima City Hall's International Relations Coordinator and danced in the middle of the city. It was a very fun and memorable experience of Japanese culture! Even you're just a visitor of the city, you could still join in during the time of "free dance" section with everyone. So don't be shy, let's dance in the festival!

Find out more about Tenmonkan.

Studied and lived in Kagoshima for 2 years, since then I've been on and off to Japan too many times which I fail to count. Yet, Japan still has many unrevealed sides waiting for me to discover.  Travelled: Paris, Lille, Marrakech, Saipan, Macau, Beijing, Guangzhou, Taipei, Seoul, Bangkok, HuaHin, Singapore, and many cities & prefectures of Japan

Justin Velgus 5 years ago
The lit up tram looks really cool! What a festival!
Reply Show all 1 replies

Jocelyn Yu Photographer 5 years ago
Yes! It's definitely the star of the festival!
Reply
2 comments in total

Justin Velgus 5 years ago
The lit up tram looks really cool! What a festival!
Reply Show all 1 replies

Jocelyn Yu Photographer 5 years ago
Yes! It's definitely the star of the festival!
Reply
2 comments in total