Exploring a shochu distillery in Kagoshima

There are few places better to taste and learn about shochu (the Japanese alcohol typically made from rice, barley, sweet potatoes, buckwheat or brown sugar) than Kagoshima. In the southern part of Kyushu, sweet potato is the base ingredient of choice and there are hundreds of distillers offering tours, tastings and varieties for sale.

In Aira, near Kagoshima Airport, Shirakane Shuzou Co., Ltd. has been distilling shochu at its family ishigura (stone storage house) since 1869. Steeped in history, the ishigura was declared a tangible cultural property in 2001 and today is the site of a museum offering opportunities to experience shochu culture firsthand.

Exploring the museum, where producers make shochu using traditional methods, you will gain an understanding of shochu through all of your senses. See the rare wooden stills that remain in use for distillation and the koji (mold) resting in the koji chamber. Smell the aromas released from the processes and have a taste of the finished products, which are warmed for visitors in the sampling space.

For residents of Kagoshima, shochu is an iconic local specialty product, and the museum’s engaging exhibits explain why. A series of displays, artifacts and models show the prefecture’s history of sweet potato imports and how this led to the practice of making and drinking shochu. It also details Shirakane Ishigura’s traditional manufacturing process.

But the ishigura itselfis not only famous for its shochu. It was a resting place for local samurai who revolted against the imperial government in the Satsuma Rebellion of 1877. Their leader, Saigo Takamori, bought shochu from Shirakane Shuzou Co., Ltd. to energize soldiers and use it as antiseptic for the wounded.

Although the main activity for shochu making is between September and December, the museum’s videos and VR experience allow visitors to get a behind-the-scenes look at the entire process any time of year. A small-scale distillation system is also set up to teach visitors firsthand.

Those feeling creative can make a piece of art using finely crushed glass from the distillery's green, blue, brown and clear shochu bottles or design and create an original label, which can be added to a bottle of shochu and taken home.

An on-site shop, meanwhile, sells a wide range of shochu varieties, including some available exclusively at the museum, as well as shochu-flavored treats and local specialty products.

Take the JR Nippo Line. Get off at Shigetomi Station. Turn right after exiting the station and walk for two minutes. 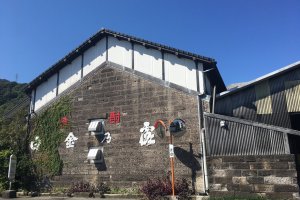 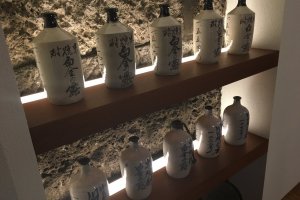 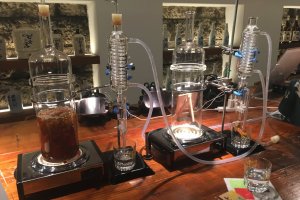 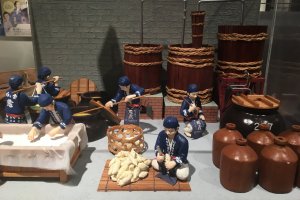 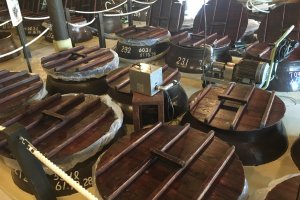 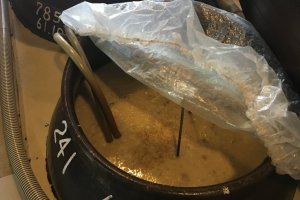 Kim 2 years ago
Very cool getting to learn about the distilling process!
Reply Show all 1 replies

Elizabeth S 2 years ago
And that they show you first hand the koji culture and the shochu fermentation in progress. That’s a rare experience.
Reply
2 comments in total