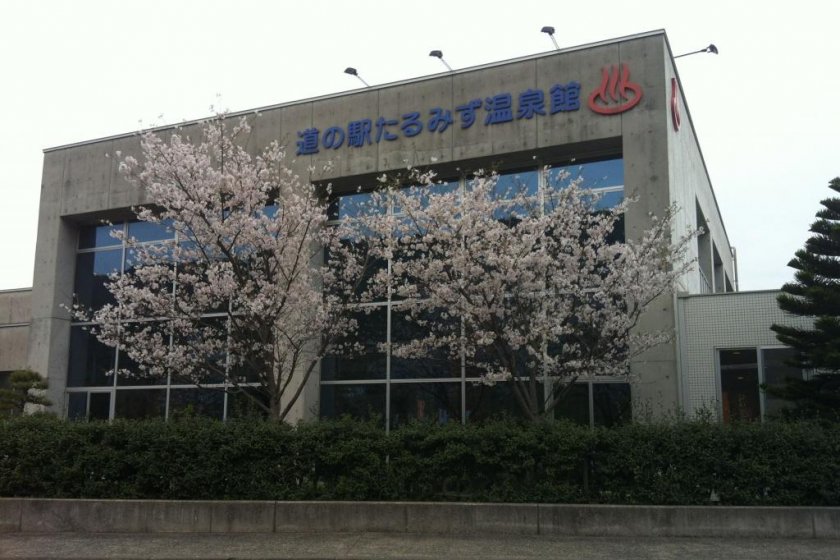 Relax in the shadow of Sakurajima

The Japanese word michi-no-eki translates to roadside station. Like rest stops in other countries, michi-no-eki are commonly found off highways and beyond washroom facilities, can offer a number of other amenities. Vending machines or tiny shops are quite common, with some even having restaurants as well as hot springs (or onsen to use the Japanese term).

The Tarumizu Michi-no-Eki is located on Route 220, the Sata Highway. It’s a long stretch of road that extends from Kirishima all the way down the coast of the Osumi Peninsula until it ends in Cape Sata. And though convenience stores are fairly abundant, if you find yourself on this long stretch of road, you might want to consider stretching your legs at the Tarumizu Michi-no-Eki.

What you notice from the parking lot is that it’s situated northeast of Mt. Sakurajima, Kagoshima’s famous—and quite active—volcano. And being this close to the volcano is quite useful, as the Tarumizu Michi-no-Eki boasts a hot foot bath for weary travelers to rest their feet while enjoying the view of Sakurajima and Kagoshima Bay.

In addition to a map highlighting various points of interest throughout Tarumizu and all of Osumi, inside the Michi-no-Eki is a small grocery store, a restaurant, and a little snack shop. Of particular note is the soft-serve ice cream collection. Not only the classic flavors of chocolate or vanilla, but also loquat or biwa. Japan is the world’s leading producer of loquat fruits, and they’re quite abundant in Tarumizu, with people even selling them off the side of the road. A tiny market exists at the Michi-no-Eki, with local crafts up for sale.

But any visit to the Tarumizu Michi-no-Eki should be accompanied by a soak in the full-size hot spring, also located on-site. Like most onsen, the baths are separated by gender. While I can’t speak to the women’s bath, the men’s bath boasts two hot baths, one of them indoors and quite large. The second is much smaller, but it’s outside. And from this bath, you have an even better view of Sakurajima than at the foot spa. In addition to the two hot baths, there’s also a smaller cold bath and a sauna. While these are pretty standard at most onsen I’ve been to, I don’t often find steam rooms at many onsen, but the Tarumizu Michi-no-Eki did indeed possess one.

For any road tripping travelers, the Tarumizu Michi-no-Eki is a great place to rejuvenate yourself by grabbing a quick snack and a soak in the shadow of Sakurajima. Highly recommended stop on your travels.

I'm a born and bred Chicagoan, having lived there up until 2008, when I moved to Japan. Since 2008, I have lived in beautiful Kagoshima Prefecture. Although I never heard about Kagoshima before I came here, I haven't wanted to leave since arriving. This amazing area is easily the best-kept secret of Japan, and I'm looking forward to spreading the word!I've always loved to write and in addition to my work for JapanTourist, I'm also a novelist. 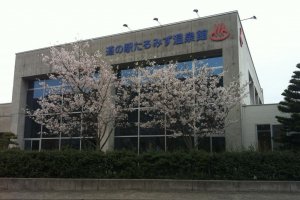 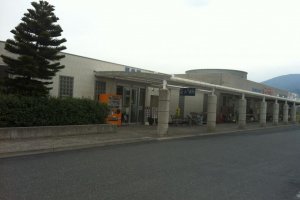 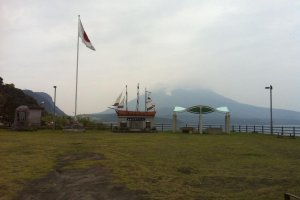