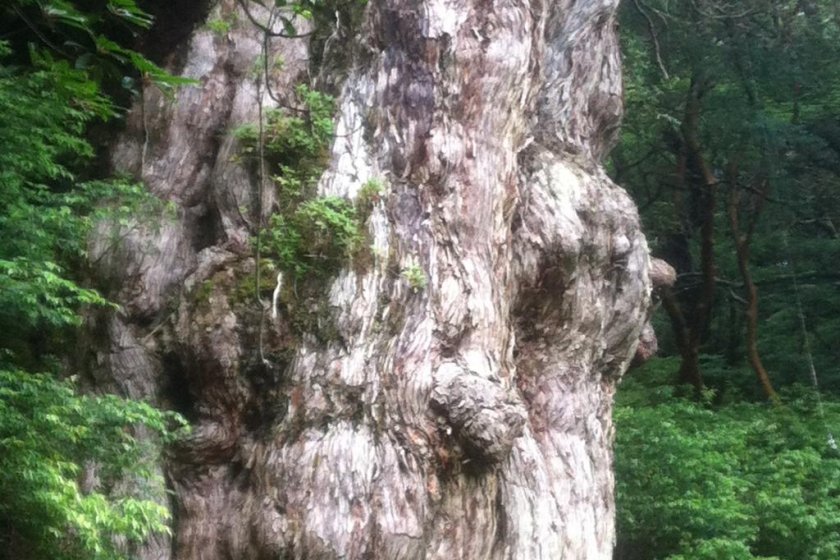 Trek through a magical forest to Japan's oldest tree

Yakushima is an island south of Kyushu that can be reached within a couple of hours by boat from Kagoshima. The star of the island, the main draw, is undoubtedly Jomon Sugi.

Jomon Sugi is Japan's oldest cedar. With age estimates anywhere between 2000 and 7000 years old, it is also one of the world's oldest trees. The path to the tree is fairly long, with the recommended time being around 9 -10 hours. My friends and I managed it in around 8, but we maintained quite a pace to beat the crowds.

Beating the crowds is something to bear in mind. Under the advice of the owner of our hotel, we set off around 4 in the morning and were on the trail by 5. At the start of the trail you follow train tracks, reminiscent of Indiana Jones. I wondered why they were there and began to feel like one of Snow White's seven dwarves as the train tracks seem to go on forever. 'Were the tracks there for mining', I thought.

Eventually, the path turns into a real, narrow forest trail that continues for a couple of hours. On the way, you take in Wilson's Stump, the remains of an apparently 3000 year old tree that was cut down several hundred years ago. Inside there is a little unexpected surprise.

Then it's on to Jomon Sugi itself. On the way, we were hoping it was possible to get close to the tree, maybe even give it a little hug, a thank you for brightening up our day. This is not quite possible, as the tree, understandably for protection reasons, can only be seen from a viewing platform. This does not take anything away from the magnificent wooden beast. It seems like faces are peering out of the vast trunk, trapped souls or the spirit of the forest captured in one vessel.

It was fairly peaceful up there, this it seems was due to our 4 o clock start. On the way back, Wilson's Stump was overflowing with people and we were constantly waiting and passing people on the way back. This wasn't too bad, but I'm glad we had the chance of a clear trail and some alone time with Jomon Sugi on the way.

On the return trip, I had my highlight of the walk. Due to our speed walking on the way, we bypassed some information and photographs. It seems that until 1970, there was a village in this magical forest. They even had an Elementary and Junior High School. Looking at the clearing in the forest where the village was and the obvious natural resource I was surrounded by, the penny dropped. The train tracks weren't for mining, but logging, sometimes I'm a little slow on the uptake! For me, I liked the fact that human daily life once adorned this wonderful forest, a life that has now completely disappeared.

I recommend good walking shoes for this trip, I had flimsy running shoes on. Whilst I managed it, my ankles were a little sore afterwards. Also, if you're looking for somewhere to stay, Garappa to Kenkichi Minshuku was excellent. The rooms were basic, but the staff were friendly and knowledgeable. They also have 100 different shochu (Japanese alcohol) available to buy by the glass. 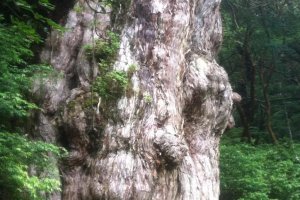 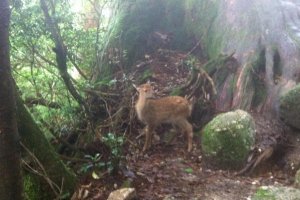 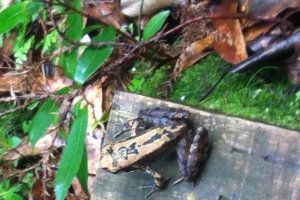 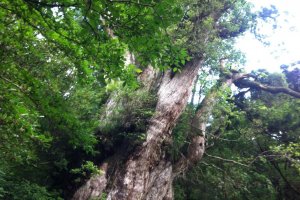 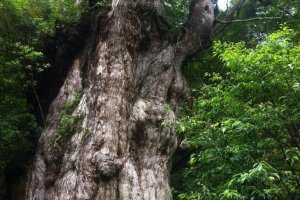 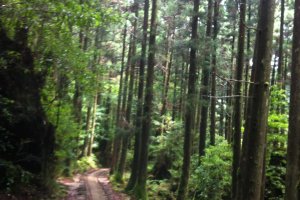