All About: Yokohama Chinatown

Chinese world in the center of the city

With the smell of delicious foods from restaurant kitchens and steamers at buns shops wafting throughout the streets, you cannot help but feel hungry once you enter Yokohama Chinatown. In a small area of about 500 square meters surrounded by gates in vivid colors stand more than 500 restaurants side by side. Yokohama Chinatown is always bustling with visitors from across the country all the time. Yokohama is one of the most popular places for field trips of junior high schools and they usually visit Chinatown as well. In Spring and Autumn, you will often see those students in uniform strolling the streets here.

Chinese came to Yokohama to work for western trading houses after the port was open in 1859. Many Cantonese followed them after a shipping line launched its service between Hong Kong and Yokohama. They began to live on a piece of reclaimed land near the harbor in the foreign settlement, built a Kwan Tai Temple and a school and formed a Chinese community there. Now Yokohama Chinatown has grown into the largest Chinatown in Asia as well as in Japan, and is the face of Yokohama.

Cantonese restaurants outnumber restaurants of other localities. High-end Cantonese restaurants Manchinro and Heichinrou are the oldest with more than 120 years of history. Besides Cantonese food, you can enjoy Shanghai, Beijing, Taiwanese, Szechuan and others. There is even a Japanese Sushi restaurant which is open 24/7. You may be surprised to see it on the main street near the East gate. Some are all you can eat style restaurants with a wide variety of choices. There are restaurants that specialize in certain dishes, such as Congee and Dim Sum. In front of popular restaurants, people wait in a line for a long time. Buns shops are popular among young people. Those shops sell Nikuman pork buns and Anman sweet bean buns. On side streets, restaurants are competing with eye-catching signboards and menus to attract visitors. I am sure it is not easy to decide which restaurant to go.

Kwan Tai temple is a place you mustn’t miss. It is a shrine to worship a legendary military general in the warring period in the medieval age in China. His bravery and loyalty to his master were described in the book "Story of Three States" and loved by Chinese and Japanese alike. The temple has been the center of the community since it was built in 1862. I’ve heard some say it is a cosmic place which gives people spiritual energy. You may feel energized after a visit to it.

Mazu Miao temple enshrines Mazu, a Chinese goddess who is a gaurdian of seafarers. It is on the street between the East gate and the South gate.

There are Chinese tableware shops, souvenir shops and Chinese grocery stores in the town. It is a lot of fun to browse around.

Yokohama Chinatown is located near Yamashita Park. Both the Yamate/Motomachi area and the Minato Mirai area is within a walking distance. 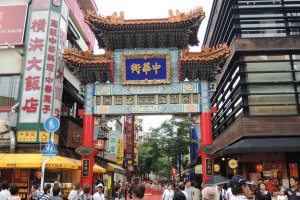 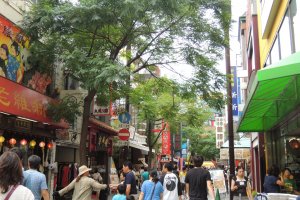 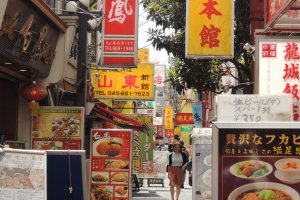 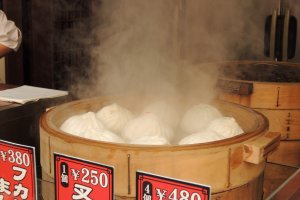 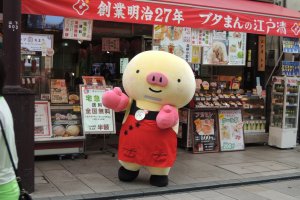 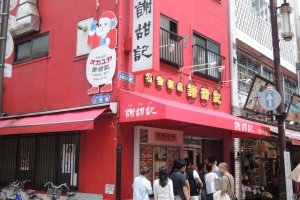 JapanTravel Guest 7 years ago
I like that you included a little bit of the historical aspect to this story; it makes it that much more authentic and interesting. I would like to visit here to compare what the Chinatown is like in Japan. I've visited the Chinatown in Chicago, and I think it'd be fun to see the differences.
Reply Show all 0 replies
1 comment in total