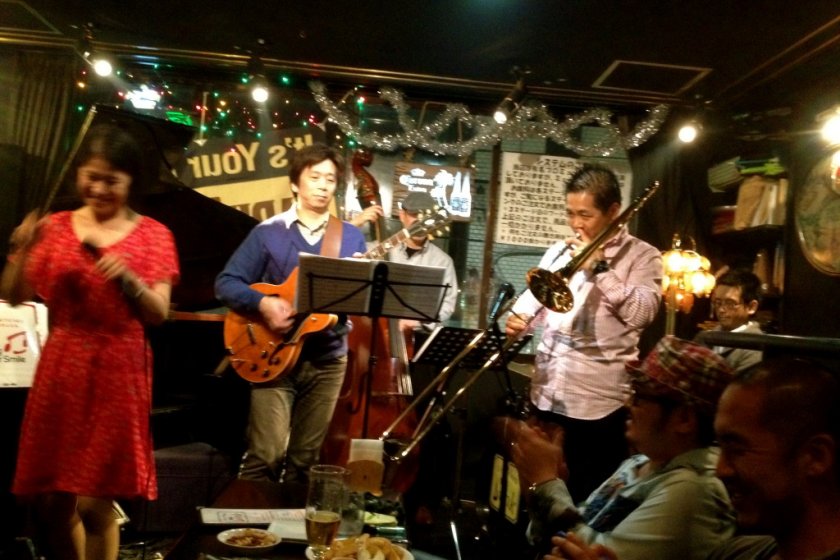 An April Night Out in Noge

Jazz and seafood in Noge, Yokohama

Noge’s small streets lured us in with the smell of grilled meat and other delicacies, while jazz wafting from doorways serenaded us as we sauntered by. Outside it was cold and wet, but we could see people cheerfully eating and laughing through the steamed windows of Izakayas, seafood shops, and bars with bulging shelves of jazz classics on vinyl. Walking the few steps from the Sakuragicho station into Noge is like stepping back in time into a film noir with its dim lights, old wooden buildings, quiet streets, and mysteries seeping from every nook. Immediately once inside its old, narrow streets, the bright bustle of Yokohama slips quietly away.

Dinner and Sake at Daimon

Wanting to slake our thirst and have a bite, we peeked into Daimon (045-231-5669) restaurant and found a warm and welcoming vibe. With about 6 seats at the counter, and three or four low tables, we were welcomed at the counter with tako-wakame (octopus seaweed salad) starters and we ordered some sake. Opened around three years ago, Daimon is a family-run, casual restaurant with friendly service and delicious food. We started with kaki: raw oysters which were quite large, meaty and delicious and served simply with a little lemon and shoyu. Next we had a delicious mixed tempura plate with asparagus, broccolini, onion, ebi, and a couple of types of fish. The tempura was fresh and crisp, not at all oily or heavy. Finally, we finished with a sashimi platter which included a large portion of indomaguro (aka minamimaguro, southern bluefish tuna) which was buttery in texture, and delicious. Awabi (disk abalone) was sliced and served raw in its shell; it was a crunchy and rather refreshing treat. Also, hotategai (scallop) was sliced and served in its shell. Hotategai are in season in April and May, and this specimen was clearly fresh and incredibly tasty with the delicate morsels of its flesh bursting with briny deliciousness. We had three tokkuri (ceramic flasks) of sake and were feeling good as we considered where to hear some music without spending too much cash.

The staff were very friendly and warm, cheerfully sat for our pictures, and even gave us snacks to take with us as we were leaving. They accept credit cards but add a 6% charge. Our total including the credit card charge was 9,200 yen.

We mentioned to our server that we wanted to go see some live jazz after our meal, and he graciously walked us the one short block to Noge Junk (045-242-1433). As we climbed the stairs to second floor, we heard some fine sounds drawing us in to the warmth of small club with some serious jazz afficianados present. A tight group of musicians swapped solos over a clean rhythm section of a baby grand (how they got it in the building, I have no idea!), a left handed bassist, and a swinging, in-the-pocket drummer.

We were surprised at the reasonable prices. No cover is required with one drink and one food item purchase. We were full from our meal at Daimon and opted to pay the 1,000 yen charge for not ordering food. Junk has a good selection of Scotch, Bourbon, and Canadian whiskeys, Rum, cocktails, beer, sake, and Shochu. Other patrons ordered snacks ranging from sashimi to nuts and French fries. Although we were the only non-Japanese customers, our waitress spoke perfect English and informed us that she was born in San Antonio, Texas.

The soloists included Youchito-san on electric guitar who in between solos would put on an apron and make food for patrons. His searing licks and fat guitar tones buzzed the whole room every time he picked up his Gibson. A trombone player stepped from the bar and blew some of the softest, most poignant paragraphs I’ve ever heard spoken by a ‘bone. A violinist sauntered in mid set from another gig, and was clearly revered by the audience and other players as he was greeted with claps and smiles. His clear tones, and gorgeous phrasing immediately locked into the groove and pulsed and pushed the band higher. As the other soloists faded back the young piano player seemed to float from his seat and soar into the rafters with his sublime, inspired melodies and counter-rhythms. Just when it seemed the kite string had broken and he would never return, the steady inter-locked thrum of drums and bass gently reeled the band back to earth.

At the helm of this ship was the beautiful, chill vocalist, May (Masayo Shimizu). Her clear voice, sweet tone, and confident manner kept her crew at full attention as she nudged the soloists with glances and nods into tight position. Her sung English diction was clear and engaging with a slight, sweet accent, and her phrasing skipped from smooth to scat with the occasional perfect blue note pulled invisibly from the ether. I think I wasn’t the only one to feel a little mono no aware when the last song was played, and it was time to catch the last train home. But our hearts were warm, our steps were rhythmic, and our spirits light as we made our way through the dim, misty streets of Noge from some decades past into the bright modern Yokohama night.

For more information and a history of the Noge district, I recommend this Noge District guide by Hiroyuki Hori.

The Noge area is just a short walk from the Sakuragicho station, which itself is one stop away from Yokohama Station on the JR Keihin-Tohuku Line, or two stops away on the Yokohama Subway Blue Line. You could spend many nights in these moody streets and never know all of its mysteries.

To get to Daimon take the South exit at Sakuragicho station and head to the left. Take the first right and then the next left and you are on the correct street. Daimon is up a few blocks on the left. Junk is one block further on the other side of the street. Type their phone numbers into your smartphone or GPS if you have one to pinpoint your location. 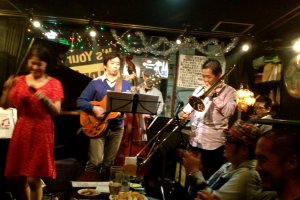 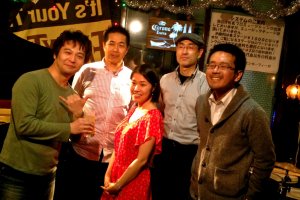 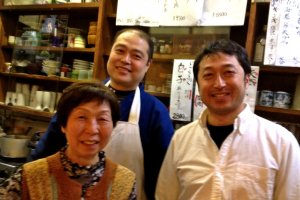 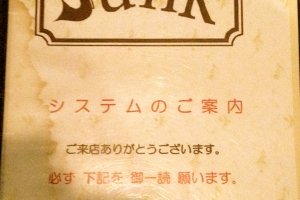 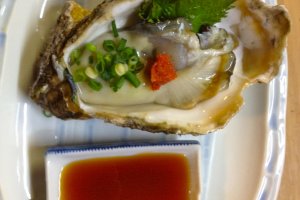 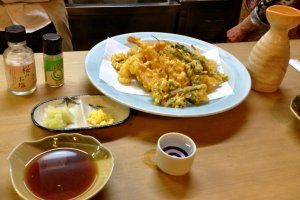 Carrie Jacobs 9 years ago
Evocative language, i was there with him, and it took me straight back to that lovely night!
Reply Show all 0 replies
1 comment in total