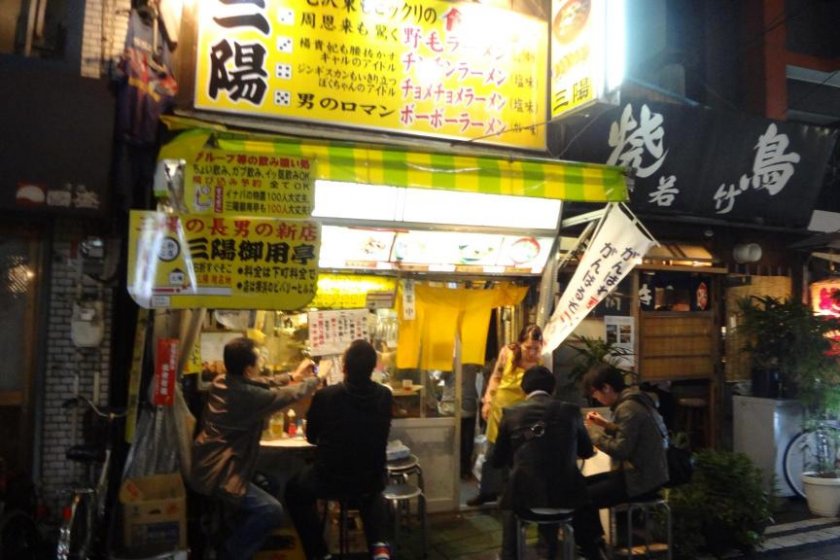 Noge: Feel the Heat and Feel the Beat of Yokohama

Noge is located at the south side of Sakuragicho Station. On the opposite north side is the famous and beautiful Minato Mirai district.

Before redevelopment of the bayside around Sakuragicho, the area didin't have much more than the train station; it was basically empty space between Yokohama and Kannai. It resembled very much the smells and dust of other old bayside areas like Oakland, California or Baltimore. Once renovation for a big Expo in the 90s started however, the smell, dust and dirt were gone and became long-ago memories. Instead, a beautiful commercial district and tall sophisticated commercial complexes appeared.

Unfortunately or fortunately, the south side, popularly know as ‘Noge’, was excluded from the redevelopment. It has remained the same with its smells and dust, looking over at the changes taking place on the other side of the station.

When you walk around Noge, you feel its rhythm—slow and mellow, warm and easy. The tempo here reminds me of the good days in Japan. In the same way that the 1960s were great days in the U.S., the later half of the Showa Era (1925-1989) brings great memories and a smile to our faces. I'm sure that the rhythm and tempo of Noge is exactly what Japan was like years ago. The rhythm of Tokyo or downtown Yokohama has become much faster, and as the result, Japan has lost itself, chasing the noise of the modern world!When I wander further into Noge, I can find old movie theaters, jazz clubs, bars, and street side restaurants here. Noge used to have a lot of Western-style bars and restaurants catering to the U.S. military personnel stationed in Negishi, a 10-minute ride away by car. After World War II and the Vietnam War, the military people brought a lot of U.S. culture to Noge; music, entertainment, and a certain easy lifestyle. And even after the military base was reduced in size and the Americans left, the culture has stayed; The clubs and bars have survived, mainly due to jazz lovers and drinkers!

Ownership of small family businesses has been passed down from generation to generation: Father to son, as well as husband to wife, or friend to friend. Different from big jazz clubs, it is obvious that the management of these small clubs and bars does not generate much income for their owners, yet the love for jazz is unstoppable. The owners organize the schedules of the performances by themselves; and the musicians—some of them world-class recording artists—come to play for almost nothing. Musicians feel pride to play here for these owners; money is not an issue. If you are lucky, you will hear the best jazz in Japan without having to pay through the nose. A love for Jazz, relationships and respect for the musicians, the owners and audience—all of these bring the heat of jazz here. Most of the clubs don't have PA systems, so you can hear and feel the real sounds of the drums and bass, so close you can touch them!

At the beginning of October each year, Noge is the center of a jazz festival in Yokohama: The Yokohama Jazz Promenade. A lot of jazz clubs join this event to celebrate the world of jazz in Yokohama.

Autumn is the best season for music in Japan. When the evening comes, and if you are near Yokohama station or going into Yokohama, drop by at Sakuragicho Station and head to the south side to enjoy the heat of Jazz and warm love in Noge at night.

Here are a few great Jazz clubs in Noge: 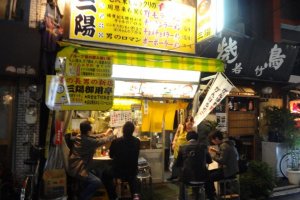 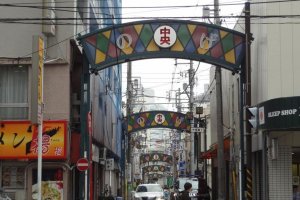 nylover 9 years ago
Great article. I can really feel the beat of the neighborhood. Would love to go and listen to some jazz there. How do these clubs compare to those in NYC?
Reply Show all 0 replies
1 comment in total