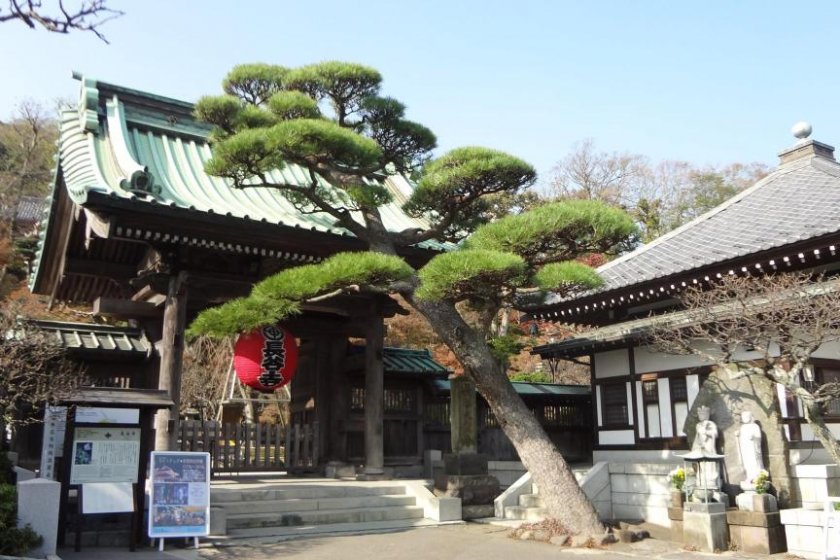 Try tracing a picture of a Buddhist statue

Would you like to try something new related to Buddhism? Looking around temples and shrines is interesting, but you might feel that you would like to experience Japanese Buddhism from a different angle. At Hase Kannon Temple, you can take the opportunity to trace a picture of a Buddhist statue, or write Buddhist chants in Chinese kanji characters, while sitting on a cushion on a tatami mat. Actually, writing kanji characters is much more difficult than drawing pictures if you have never tried it before. So I would like to introduce “Shabutsu (写仏)”: or “Tracing a picture of a Buddhist statue.” I tried it myself and found it to be both enjoyable and meditative at the same time. It was a relaxing and fulfilling experience.

When you reach Hase Kannon Temple, please pay the normal entrance fee, and then at the next window, tell them that you would like to do “Sha-bu-tsu” or try to say “O-Sha-butsu wo O-Negai shimasu” in Japanese! Then they will give you a special paper (1000 yen) and explain to you how to do it. They will also explain some manners/rules and where to go.

After you pass the entrance and finish using the restroom on the left, go straight to Benten-do, the small building next to the pond. You have to take off your shoes and put them in the shoe box. In the front of the room, there is a Buddhist statue. At first, please sit on the cushion in front of it and greet the statue by joining your palms together. After that, take a fu-de (writing brush) on the small desk to the right of the statue. Most of the Japanese participants will be trying Sha-Kyo (writing a chant in kanji characters) and using a real fu-de brush, but I think the artificial fu-de (we say “fu-de-pen”) is more suitable for picture drawing. So, don’t hesitate to use the pen in the pen stand.

Before you Begin & Two Rules of Ettiquete

You can use any seat in the room, but if one is available, sit at the window side where you will feel more relaxed. Because this practice will take more than two hours, you will need a short break sometime in the middle of your work. When your eyes are tired, take a rest and look out at the garden through the window; then you will be able to concentrate on your work again. There are two simple rules of etiquette here:

-Don’t talk to others (Silence is golden!)

-Don’t take photos (This will disturb others)

Trace lines and draw a picture

You don’t need to draw a statue by yourself. You just trace thin black lines. Do you think it is a peace of cake? You will say, “No!” once you start. You will soon realize that even making a straight line is quite difficult. I advise you to practice a little bit on a small piece of paper, before you begin. OK. Put the pen in the box and breath deeply. Then, please start and continue to draw until you finish. Even if you make a bad line outside the thin black image, don’t stop working. The completion is important. The purpose of this practice is not to make a beautiful picture, but to discipline your mind by concentrating on picture drawing. But also take it easy and enjoy yourself!

If you have a prayer or hope, please write it on the right top of the paper. I wrote “Successful expansion of Japan Tourist (JapanTourist 盛栄)” on my paper. On the lower left please write your name and address. Put the pen back and sit on the cushion in front of the Buddha again, and thank Buddha.

According to legend, in 736 A.D. one of the two Buddha statues carved from a gigantic camphor tree in Nara, was brought to Yokosuka and soon after, it was set up in Kamakura. This statue is the principal religious object of Hase Kannon Temple, and it is the same Buddha which you have just finished tracing.

Hase Kannon Temple is famous for its nice view of Sagami bay. There are picnic tables on the observation platform and you can enjoy viewing the Miura peninsula, and Yuigahama and Zaimokuza beaches, which is very popular among marine sports enthusiasts. Next to the platform is the Kaiko-an restaurant, which serves vegetable curry, pasta, and other small dishes and tea.

In front of Kaiko-an, there is a wooden bookrack with handles. Inside the bookrack, there are complete Buddhist scriptures. It is said that if you rotate one circle, you will earn the same blessing as if you had read through the entire scripture. The temple allows you rotate it only on special days.

During the rainy season in June, the path to the upper hill is decorated by more than 40 kinds of hydrangea flowers. Walking and seeing those flowers in the rain is enchanting and poetic. To me, it feels as if “flowers of umbrellas are blooming in the hydrangea garden.”

If you are interested in drawing and Buddhism, Sha-butsu will be a nice option when you visit Kamakura. You don’t need anything but your sincerity. Please give this peaceful, meditative practice a try! 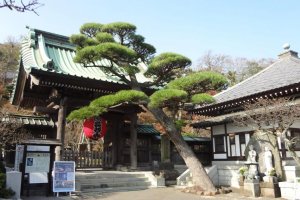 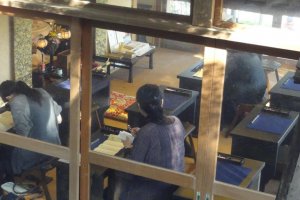 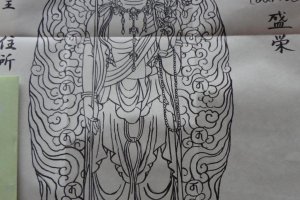 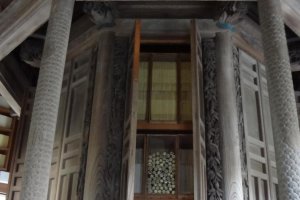 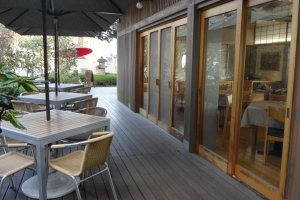 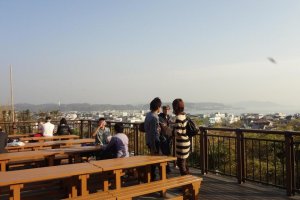 Elizabeth S 2 years ago
Shabutsu and sutra tracing is meditative. It's hard to do it by yourself at home. Trying it at Hasedera with others around writing and drawing, even in silence, is a great way to experience this.
Reply Show all 0 replies

Olga 7 years ago
That is really a very nice temple!
Reply Show all 0 replies
2 comments in total