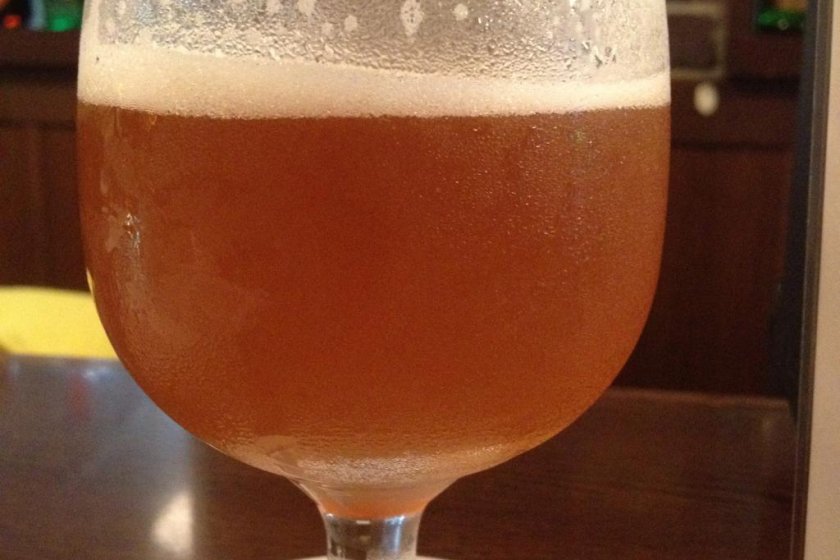 Microbrews off the beaten path in Kanagawa

If you don’t mind getting off of the beaten path in pursuit of Japanese Craft Beer, Atsugi Beer in Atsugi, Kanagawa Prefecture is a destination you shouldn’t miss.  The brew master, Mochizuki Hideki, brews with the Belgian principle of cultivating and developing his own yeast, in order to bring unique fermentation and flavor profiles to his beers. He brews his beers in various Belgian styles, and the restaurant attached to the brewery is named “Lambic,” which is a Belgian style of beer made by spontaneous fermentation via exposure to wild yeast.  The pours vary by availability, but you will usually find 6 or 7 of the house made beers on tap. The brew room has 6 large fermentation tanks which you can see from the bar and through the front window.  They sell almost all the beer made on the premises at the pub, and at a few other area bars. Atsugi beer bottles some of their beers which are sold at specialty bottle shops around Japan, and are also available for purchase at the pub.  The beers on tap during my visit included Hopslave Double IPA, Shiso Ale, Belgian White Ale, Sunface IPA, Marine Stout, Hachey (Honey) Ale, a Belgian Abbey Double, and a Lager.  I was first informed about Atsugi Brewing by Katsuki Koichi of Thrashzone in Yokohama (see my article about Thrashzone), because this is where Katsuki-san brews his lauded Hopslave Double IPA in collaboration with Mochizuki Hideki.  Hopslave recently was awarded the “Diamond Award” in 2001 by the Japan Craft Beer Selection committee.  In addition to this award, Atsugi Beer was honored with a “Gold Award” in 2011 by the same committee for their Belgian style “Hachey,” a beer brewed with local honey.  In 1998, they were awarded two Silver awards for their Honey Ale, and their Shiso Ale, a unique brew made with Shiso leaves.

The Hopslave Double IPA is an exceptional beer, deserving of its awards. It is a high alcohol  -9%- India Pale Ale made with hops grown in Yakima Valley, Washington. It has strong hoppy bitterness without overdoing it, and has the nice floral aroma indicative of additional dry hopping.  The Shiso Ale -6% alcohol- is a mild Lambic style beer. It has a rich malty flavor, an earthy aroma, and a good hearty texture without tasting heavy or dense. It has a pleasant herbal aftertaste without really tasting “Shiso-y.” (For those who don’t know, Shiso is an herb used in Japanese cuisine which is in the mint family and has flavors resembling mint, basil, and lemon.)  The Abbey Double -7% alcohol- has fruity tones, is a little bit tart, and has a dense mouthfeel.  It has a brown color and is not as intensely flavored or as sweet as some other Belgian style beers.  Regrettably, I haven’t yet tried the Belgian White, the Marine Stout, or the Lager, but fortunately, I have something to look forward to on my next visit!   The prices are generally 500 per glass and 650 per pint with higher prices for the higher alcohol beers.  The food they serve is basic, and nothing to write home about: hamburger steaks, chicken, pasta, fries, sausages-  good to help soak up your beer.  If you want to make it an overnight experience, I hear there are some good ryokan (Japanese style inns) with natural hotsprings (onsen) in the area.  Atsugi is in the foothills of the Tanzawa mountains, and is known for its good water, which is part of the reason why Atsugi beer is so good, and so lauded.

Atsugi is about an hour from Shinjuku Station, and about an hour from Yokohama Station.  To get there, take the Odakyu line to the Hon-Atsugi Station. Take the northwest exit and follow the main road for about 1.5 kilometers, about 20 minutes, until you intersect road 246. It is really easy to find using your smart phone. Or alternatively get a taxi at the station, and they should know how to get to “Atsugi Beer” or “Lambic.” It should cost about 700 yen. 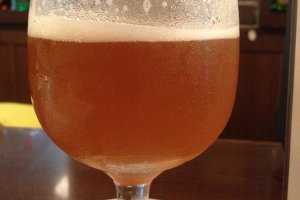 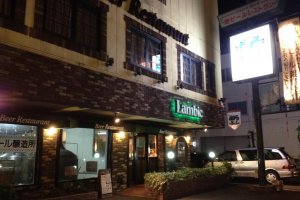 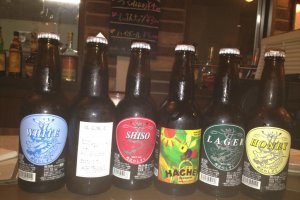 Mark Buckton 9 years ago
cool piece. Never heard of this place but will make the effort to get there. Research purposes of course.
Reply Show all 0 replies
1 comment in total