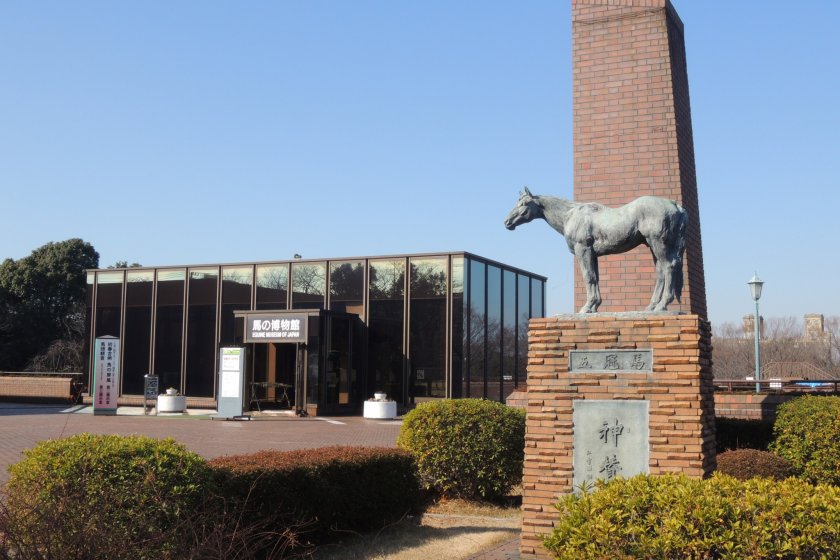 This is the year of the horse in Chinese Astrology. I have a good place to introduce at the beginning of the year. That's the Equine Museum of Japan and Pony Center in Negishi Shinrin Park.

Yokohama is the birthplace of western-style horse racing in Japan. Westerners who came to Yokohama brought their cultures and life styles with them so that they could live in the same way as they did back in their home countries. We have a lot of “the first in Japan” kind of things here in Yokohama such as the first western-style barber shops, ice cream shops, laundries, gaslights, photographic studios, etc. Horse racing is one of them. They were brought into Japan through Yokohama.

They held a horse race in Motomachi in September, 1860. It is known as the first race ever held in our history. They held horse races frequently in the area where Chinatown is now located, the British army's base camp on Yamate hill and their shooting range in the area that is now near JR. Yamate station.

A racecourse of 1,632 meters was built in Negishi in 1877 at the strong request of western residents. Japanese politicians and royal families frequently visited the course to see races. The Negishi racecourse became the place of social interaction. Meiji Emperor visited to see races more than ten times. The tradition of giving the Emperor's cup to the winner of the important race started then. The racecourse was closed during WWII for the reason that the harbor could be seen from the stands. After that, the stands was used as a print house by the Imperial Navy. The area is still under US control. And the Equine Museum of Japan and Pony Center sit next to the park to tell the history of the racecourse and horse racing.

The Museum exhibits items related to the racecourse and horses. At Exhibition Room 2, a carriage with Chrysanthemum emblem is exhibited. It is a carriage that was actually used by Emperor Meiji. Besides the regular exhibition, they have special exhibitions on topics about horses several times a year. There are no English translations for the exhibits, so it might better to visit with someone who understands Japanese.

The Pony Center has six horses and some ponies. A group of teens take care for these animals while learning about horse riding. When I visited the center at around 9 o'clock, they were grooming them in the stable on a crisp cold winter morning. You can see them riding around 10 o'clock on Sundays and national holidays.

On the fourth Sunday of every month, visitors to the museum can try riding on led horses and ponies (It starts about 1:30 p.m and ends in an hour. You have to show a ticket at the center at the start.) From 1:30 p.m for 15 minutes on Saturdays, they give visitors a chance to feed the horses carrots. (You do not need to show a ticket at the center for this.) It would be nice place to spend time with your family if you have kids. 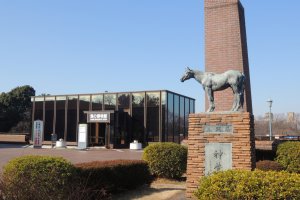 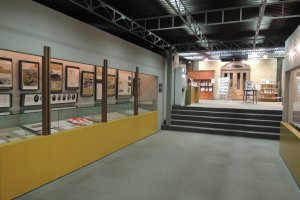 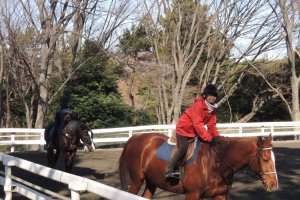 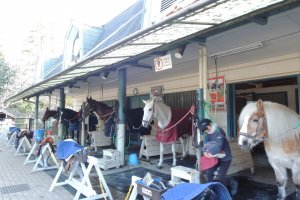 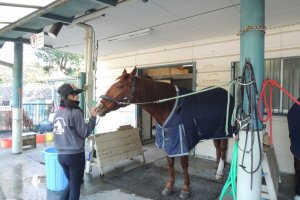 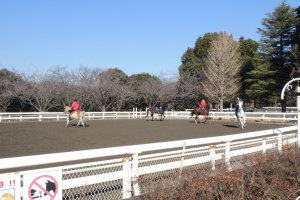