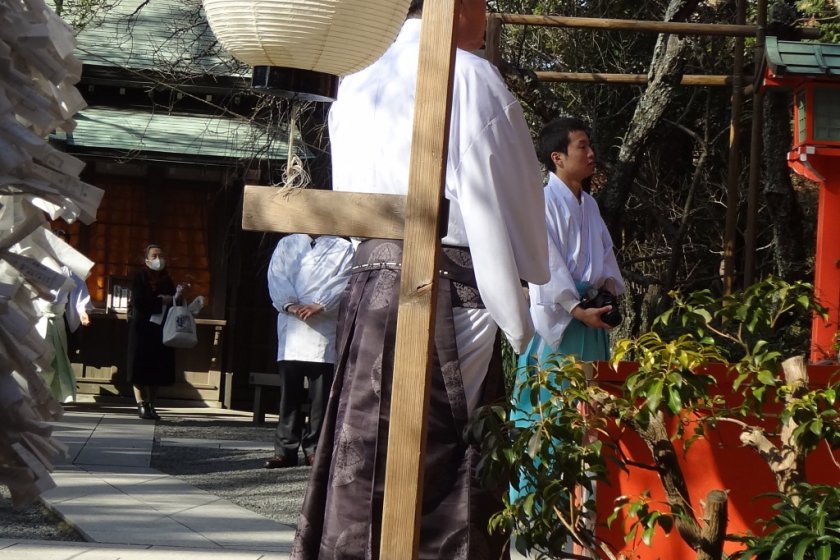 Home of the God who loved Plum Blossoms

The shrine has a service to “retire” old brushes on January 25th every year.

Kamakura’s Egara-tenjin Shrine (and indeed ALL tenjin shrines) is unique in terms of these four points.

-It is famous for its lovely plum trees and plum blossoms.

-The person whose (spirit’s) anger the shrine was built to appease was a genius.

-Artists and students preparing for examinations go to these tenjin shrines for special reasons.

Michizane Sugawara was a politician who excelled in all fields of study. He lived in the capital of Japan, Kyoto, 1100 years ago and adored plum blossoms. In the year 903 A.D., a number of jealous enemies in high places falsely accused him of various misdeeds. As a result, he was exiled to Kyushu where he died of boredom, anger and depression.Tenjin is the ghost-spirit of Michizane.

Soon after his death, many accidents and natural disasters began to occur in Japan, and deadly epidemics spread disease all over the country. In fact, so many unusual and horrible things continued to occur for such a long time that people were sure that Tenjin was causing them. Very quickly, shrines were built all over the land (with Michizane enshrined in them) as a way to appease Tenjin.

In Kamakura 200 years later, things were still so bad that this shrine was built. Although all tenjin shrines originally served to calm Tenjin’s strong anger, people later began to pray to Tenjin for their own happiness. People want to partake of Michizane’s high level of scholarship, writing and drawing. And moreover, they pray for the passing of entrance examinations, other tests, and so on.

As mentioned above, Michizane was plunged into a difficult situation and finally sent into exile to Kyushu from the political center, Kyoto.

Because Michizane was a plum lover, Egara-tenjin is adorned with plum blossom decorations: the wooden gate, welcome banners for ceremonies, paper lanterns, a purification basin, a red wooden table on which offerings are placed, Japanese sandals for the shrine’s priests, and so on. Visitors here enjoy searching for and finding these ornaments and carvings around the shrine grounds.

Nowadays, manga writers come to the shrine once a year to “retire” their paintbrushes. Kon Shimizu, one of Japan’s most famous during the Showa era, erected a statue in the shape of a paintbrush here in 1971. This statue is called Ehude-zuka. On the surface of this statue, over the years many artists have etched original kappa illustrations (a Japanese mythical creature) along with their signatures. Kappa live in rivers, have plate-shaped heads, shells on their backs, green colored skin, and sometimes trick humans. The statue is interesting, original and unique. The artists all hope that they will excel in what they do to the same extent as Michizane did when he was alive.

The shrine has a service to “retire” old brushes on January 25th every year. On that day, people bring their old brushes to the shrine and put them in a metal bowl formed in the shape of a plum blossom. Shinto priests perform a ceremony and finally kindle a fire onto the brushes. In this way, they seek to express their gratitude to the brushes, and at the same time they ask that their writing, picture drawing, calligraphy, and other artistic endeavors be blessed.

On Feb. 8th a memorial service to “retire” old sewing needles is held. Just like with the brush ceremony, Shinto rituals take place and old needles are dedicated to the shrine. Different from the brushes however, the needles are not burned but are collected and pinned into a large cake of tofu.

If you have a chance to visit Kamakura in February, the plum flowers in Egara-tenjin will welcome you with a nice sweet scent and their full blooming beauty. 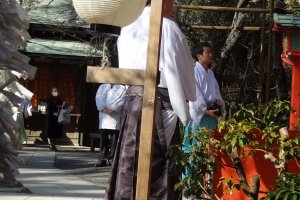 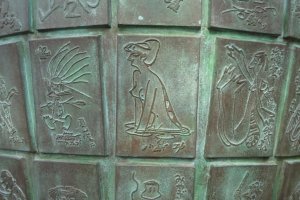 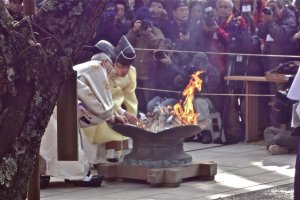 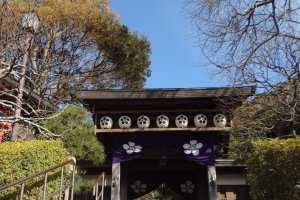 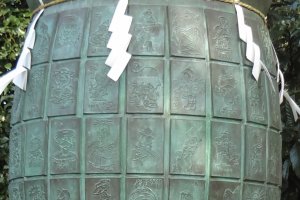 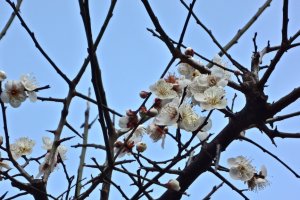 nylover 8 years ago
This is a great way for artists to show their appreciation to God. Very Japanese. And the Kappa information is so interesting!
Reply Show all 0 replies
1 comment in total