As the 3rd most populous city in Kanagawa, Sagamihara city is often overshadowed by the more famous Yokohama city and Kawasaki city of the same prefecture. In terms of its historical significance, however, Sagamihara city does not pale in comparison to any of its neighbors. Sagamihara City Museum celebrates the city's rich history and culture, from her roots during the Japan Paleolithic period to her new-found significance as the home to the JAXA Sagamihara Campus.

An entire permanent exhibit is dedicated to documenting Sagamihara’s geographical history, right from the Japanese Paleolithic period where ancient settlers first appeared in the area. Walking through the exhibit is akin to walking through a time tunnel, as the interactive displays educate visitors on important checkpoints in history that have shaped the city till today.

Much more recently, Sagamihara city was chosen as the premises of the JAXA (Japanese Aerospace Exploration Agency) Sagamihara Campus. The city has gained much fame for its role in the successful launch and recovery of the Hayabusa unmanned spacecraft. This proud achievement has warranted another permanent exhibit, as the city continues to be at the forefront of Japanese space exploration.

There is an auditorium in Sagamihara City Museum where Hayabusa-related movies are screened at regular intervals. The museum also houses a library and a cafeteria on the second floor. The cafeteria does not serve over-the-counter food, but a vending machine dispenses piping hot packet food such as fried rice or takoyaki.

Recently celebrating its 20th anniversary, the Sagamihara City Museum itself is quite the architectural piece. The spacious interiors are a beautiful reprieve from typically dark museum halls. Natural light from the ceiling illuminates the museum, and curtain glass walls create an airy and welcoming atmosphere. ​Much fauna and flora have been planted around the museums exteriors, creating a lush shroud of green through which the entrance peeks.

Entry to the Sagamihara City Museum is free-of-charge, although visitors who wish to watch the movie screenings in the auditorium will have to purchase tickets at the cost of ¥500 for adults and ¥200 for children. The local bus No. 37 from the JR Fuchinobe station stops at the museum entrance, alternatively the museum is a 20 minute walk from the same station. 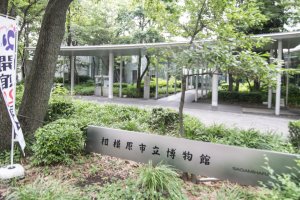 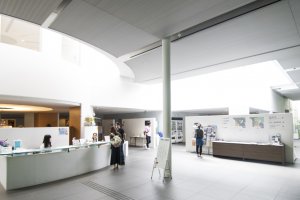 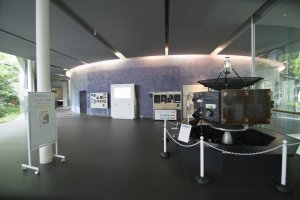 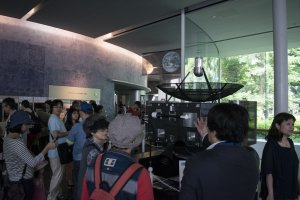 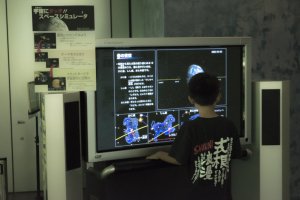 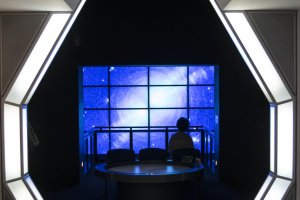