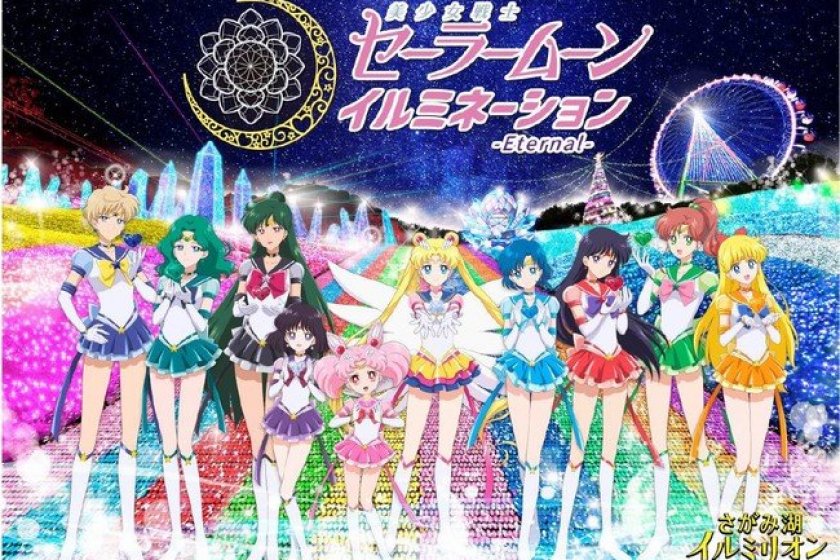 Nearly three decades after Sailor Moon dominated screens all over the world, Usagi Tsukino’s presence continues to thrive in the heart of old and new fans alike with her moon power, gift of friendship, and constant relatable struggles. The phenomena of Sailor Soldiers live not only in re-running episodes but are cemented on merchandise as seen on denim jackets, cardigans, pastel dresses, and more.

The creators and producers of the show have been actively seeking ways to keep fans on their toes through various projects: a live-action series, a reboot series (Sailor Moon Crystal), a re-release of the English dub, and collaborations with various designer brands like ColourPop cosmetics and KITH.

And from November 13, 2021, at the outdoor-complex resort, Sagamiko Resort Pleasure Forest in Sagamihara City, Kanagawa Prefecture, a Sailor Moon-themed showcase was unveiled at the Kanto Three Major Illuminations Certification Event for this year's "Sagamiko Illuminations".

Dubbed the new Bishoujo Senshi Sailor Moon Illuminations -Eternal- area, the park will feature some iconic landmarks that fans are sure to recognize from the Sailor Moon Eternal movies such as Elysion, Crystal Tokyo, the Moon Castle, and even houses a large-scale Legendary Silver Crystal that radiates colorful lights. Other than the rainbow prism path that aligns with the colors of the 10 Sailor Guardians set under a suspended-lift attraction, there are many perfect spots designed specifically for photo ops—like the stained glass wall with the Sailor Scouts' planetary symbols. You even have the chance to be Sailor Moon for the day! Curious? Come see the place for yourself.

Here's a more detailed walk-through of what to expect in case you need a little more wooing.

By the entrance, we have the Love Crystal that changes to gold or silver. The Legendary Silver Crystal with a width of about 4 meters changes colors at a given time to transform into the Golden Crystal. The Love Crystal serves as an imitation of the crystals belonging to star-crossed lovers Usagi Tsukino and Mamoru Chiba.

There's also the aptly named Crystal Tokyo, it is an incandescent illumination performance that features lights and music woven together to showcase the series’ defining traits—a colorful, sparkly, and magical scene as if an actual Sailor Guardian was transforming in the vicinity. When you look past the dazzling projection, you can make out Tokyo in the 30th century, the predestined time in the manga and movies where the Sailor Guardians gather.

When you’re done with the additional photo op sites such as the Crystal Power Makeup Spot and the Crescent Moon Photo Spot, you can release your inner shopper to visit their in-park shop called the Pleasure Station that sells original merch like keychains, acrylic stands, badges, and other Sailor Moon products that will give an avid fan and even a casual visitor heart-shaped eyes. 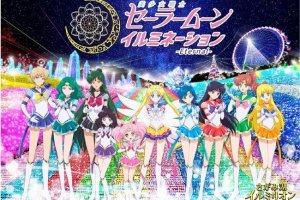 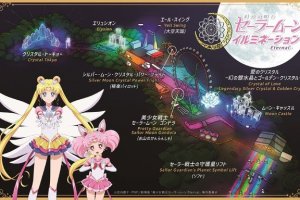 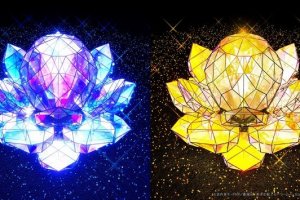 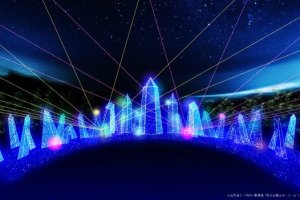 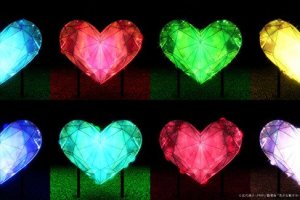 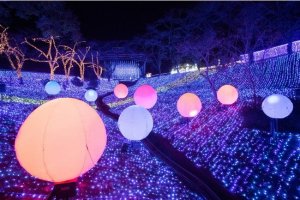 Kim 4 weeks ago
Such a fun concept for an illumination event!
Reply Show all 0 replies