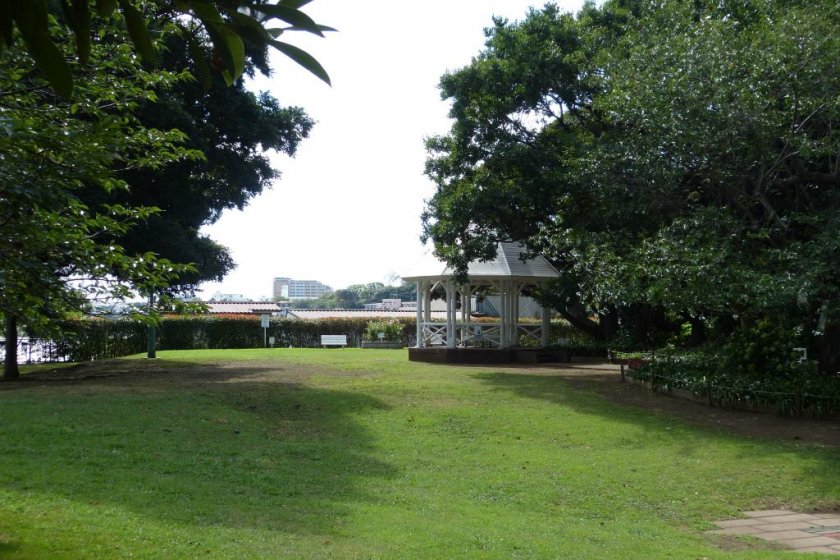 Pleasant day in the park

If you’d like to enjoy some greenery and big trees during your stay in Yokohama, I know just the place for you: Yamate Koen Park. Huge Himalayan cedars create comfortable and shady paths here.

Around 1870, foreign residents in Yokohama had a desire for a large common space to enjoy leisure in. In those days they were in danger out of the settlement because of foreign exclusionists in Yokohama. Some foreigners were killed and others were injured by them. Eventually they negotiated a contract to rent a track of land. The residents organized a managing committee themselves and the park was entirely dependent on voluntary support. After that for about 80 years Yamate Park was set aside for the exclusive use of the foreigners living there.

Englishman William H. Smith played a key role in the management of the park. Smith came to Japan in 1862, as an officer of the British Army. He served for a few years in Japan and then resigned from the army. After that, he changed jobs many times, serving as manager of the United Club and even as general manager of the Yokohama Grand Hotel.

A gentle slope leads to the clubhouse and the park’s tennis courts. The park, established in 1870, was the first ever public park in Japan. If we compare old photos with recent ones, we can see that a small arbor in the park is still there and that the landscape is virtually unchanged. Sitting on a bench and relaxing, we can have a pleasant time in the same way that the people of 140 years ago did. In early April, the park is tinged with pink by fully blooming cherry blossoms. The cherry trees open their branches wide like an umbrella, and you feel as if the blossoms are covering you. It is incredibly nice!There are now 12 tennis courts in this park, but no one played sports here at the very beginning. The foreign residents who first used this park got together to enjoy picnics and lunches, had some flower shows or dog shows to raise money to pay for the park, or held dancing parties sometimes. Basically Yamate Park is famous for the tennis courts today. Half of the courts are owned by the city and the other half are YITC owned. You can play from 9 AM to 5 PM (7 PM in summer), for 2200 yen for two hours. If you ever decide to live in Japan, becoming a member might be a good idea!

When talk of creating a park came up, Smith volunteered to be the organizer. This did not surprise anyone as he always rendered great service to the foreign community and was quite popular in the settlement. People eventually started calling him ‘Public Spirited Smith’.

Smith went door to door and asked influential residents for donations to create the park. He himself contributed a large sum of money. He also had a pond dug, a bridge built, and a small arbor and an open-air music hall constructed.

Besides his park activities, he was also an avid gardener. In those days, imported western vegetables and fruit were quite expensive and not exactly fresh. So Smith imported seeds and planted them in his own garden. Things went so well that he was soon sharing his harvests with the other residents. He grew soybeans, cauliflower, peaches, and so on.

Yamate Park is about a 15-minute walk from JR Ishikawa-cho Station. After a busy day sightseeing in the hustle and bustle of the city, please stop by this cozy little nook of a park. The green trees and fresh air will give you a quick shot of energy.

*An index of this entire Foreign Footsteps in Japan series can be seen here. 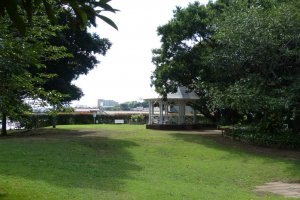 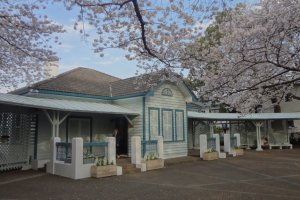 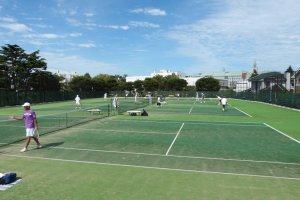 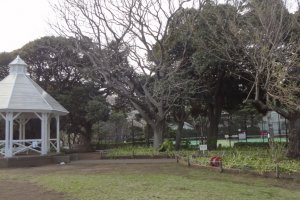 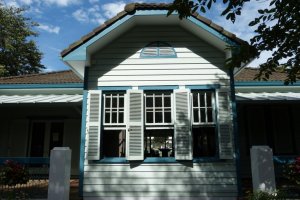 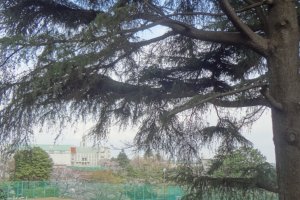