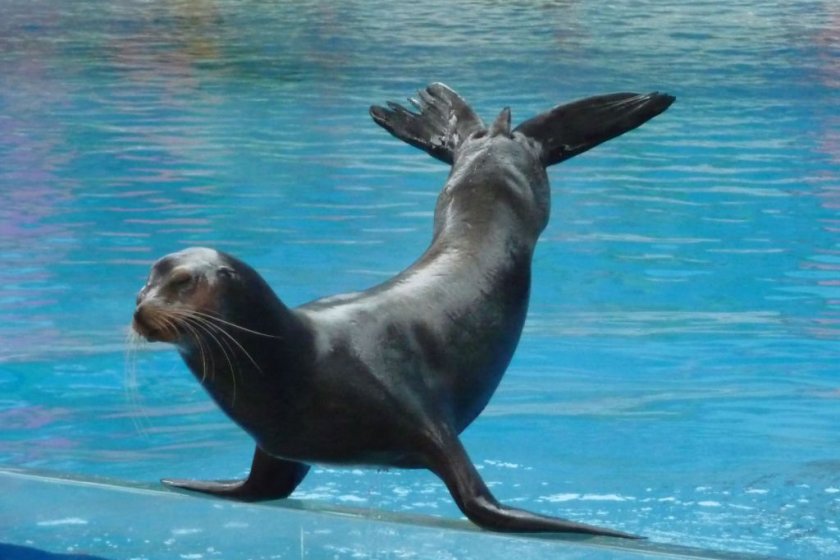 Looking for a day of fun with marine life? Spend the day at Hakkeijima Sea Paradise in Yokohama. Hakkeijima is a man-made island that is accessed by various walking bridges and Hakkeijima Sea Paradise is a huge theme park that includes the Aqua Resorts, Pleasure Land, souvenir shops, restaurants, and a hotel. Admission might seem somewhat pricey, but the experience is well worth the entrance fee. Do not lose your ticket, as you need a section of the ticket to enter the separate areas of the park. Even on a rainy day, the Aqua Resorts was a thoroughly enjoyable activity.

Aqua Resorts encompasses three major attractions, including the Aqua Museum, Dolphin Fantasy, and the Fureai Lagoon. There is also an Aqua Theater that features a short projection movie of marine life around the world.

The Aqua Museum is an aquarium that is several floors high and houses a myriad of marine life from walruses, penguins, sea otters, polar bears, sharks, dolphins, turtles, reptiles, octopi, squid, jellyfish, shellfish, and of course, all kinds of fish. Depending on the time of day, you can watch feeding sessions and staff interacting with the marine life, such as getting the walrus to do tricks, sea otter to chase his food, and swimming with the sharks and other big fish. The Aqua Museum has two gigantic tanks that span several floors. One of the tanks contains sharks, giant manta rays, tuna, and other big fish. It is an amazing experience to ride up the escalator that traverses through the tank and watch the fish swim above and by you. The other tank contains a pair of whale sharks, the largest fish in the world. At the top of the Aqua Museum, you can access the stadium area where the marine life show is presented. The show is narrated in Japanese, but you can easily guess the gist via the trainers’ actions and the reactions of marine mammals. Be sure not to miss the show as it is super fun to watch the sea lion catch rings around its neck, the walrus do sit ups and blow kisses, and a penguin walk up steps. Then, there are also the beluga whales that play water games with their trainers, dolphins that leap and spiral high up in the air, and the shear magnificent presence of the whale sharks. If you get hungry and need a little snack during the show, call over an attendant selling little containers of fried chicken and fried shrimp.

The Dolphin Fantasy is an aquarium filled with playful dolphins. Visitors view the dolphins through a glass tunnel so that it feels like you are underwater watching the dolphins swimming above you with the sun above them. The dolphins are mesmerizing and you can easily spend hours staring at the serene marine mammals. There is also a giant mola mola, the ocean sunfish – it is quite strange looking, but so fun to watch as it meanders in its tank.

The Fureai Lagoon is the petting zoo version for marine life. This section was the most fun for me. There is a short introductory video, but it is completely in Japanese. So be sure to get a copy of the English handout, which tells you the basic rules, such as not touching the heads of the dolphin or beluga (white whale), holding onto hats and other items so as not to drop them into the marine life enclosures, and not feeding the marine life. The Fureai Lagoon is where you have the opportunity to pet the dolphin, beluga whale, and walrus. It is very safe, even for children, and the trainers and staff are very watchful and attentive. Unexpectedly, the skin of the dolphin and beluga whale were very soft and smooth to the touch. I could not get enough of physically being able to connect with these special creatures and really did not want the sessions to end. There are also outdoor enclosures for walruses, seals, sea lions, and penguins; and there are various windows and tubes for the marine life to swim by and through so that you can capture great pictures with them. In the Fureai Lagoon, you can pay additionally for various encounters with the marine mammals, such as being in the pools with the dolphins and beluga, getting a photo next to a walrus, playing with the penguins in their outdoor enclosure, and more.

Throughout your day at Hakkeijima Sea Paradise, there are various places to rest, eat, shop, and people-watch. If the Aqua Resorts was not enough for you, you can venture into the arcade, try out the rides and roller coaster, or spend the night at the hotel. This was truly an unforgettable experience and I would gladly pay for an annual pass for many return trips.

I am an Asian American currently living in Hayama, Japan, which is about a 2.5 hour drive south of Tokyo. I love traveling and seeing and experiencing new places, things, foods, and activities. I love taking pictures of everything. 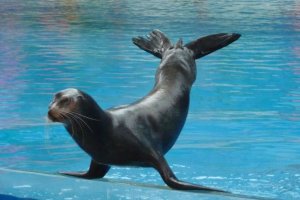 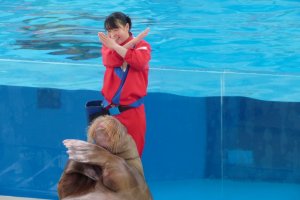 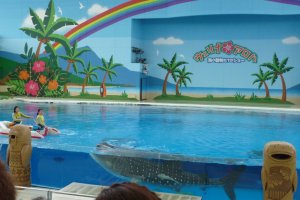 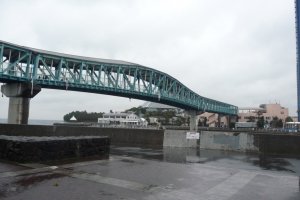 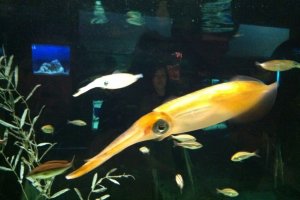 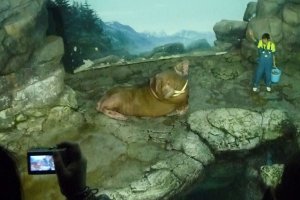 Lynda Hogan 3 weeks ago
Yes, this place is amazing. Well worth visiting. I want to go back again. So much to do and see.
Reply Show all 0 replies

Tyra 'nell Pille-Lu 8 years ago
My student talked about this in our class one time. I was glad I get to read about it here. Thanks for sharing. I hope to visit the place in the future.
Reply Show all 0 replies
2 comments in total