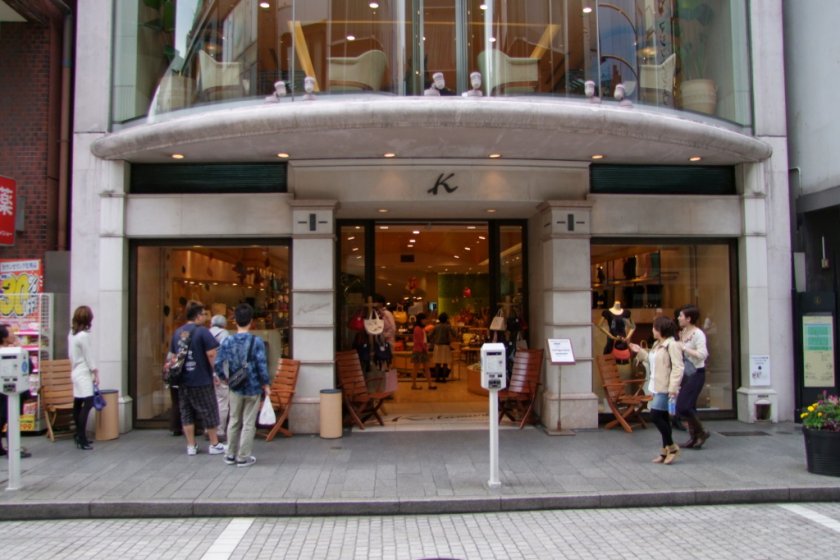 Kitamura bag shop is one of the most famous Motomachi brand names. This is the main shop. There are three others in the neighborhood. (Photo: Larry Knipfing)

When I leave the train (the Keihin Tohoku/Negishi Line) at Ishikawacho station, I have two main choices for my entertaiment; Chinatown, or Motomachi.

Historically, Motomachi is also known as one of the most famous shopping streets throughout Japan. Originally situated directly behind the Yokohama portside, this area was the residence of the thousands of foreign people who were living and working here for the export and import business. Naturally, a marketplace for them was started by local Japanese, who provided imported items as well as daily necessities. A few international schools were also established here and still exist in the neighborhood today. A 10-minute walk brings you to a classic residential area and a large cemetery for foreigners.

Leaving Ishikawacho station, I feel something different; a cultural mishmash. Certainly I'm in Yokohama, Japan but feel something else, something western and oriental as well.

All cultures from both the east and west are mixed together here. I can buy rare Air Jordans, Abercrombie t-shirts, and China dresses here. But, luckily, there are no tall commercial buildings and no ugly shopping malls, because independent local sellers who have their own shops, styles and brands dominate this traditional commercial district.

In the 1970's, ‘HAMATORA’ (Yokohama traditional in short) one of the most famous style trends in Japan, started from Motomachi. Since then, it has been the home of other trends and styles for fashion and life.

Motomachi shopping street is a slightly winding road, which asks you to walk slowly and take in the windows of the shops and the items decorating the shops. This slow, leisurely pace will likely tempt you to want to step in and buy something, so beware!

I also recommend that you explore some of the back streets after going around the main street, as new shops and restaurants are opening all the time. These back streets give Motomachi new waves, which harmonize with its traditional feeling. When you walk along these backstreets, you can come closer to that interesting mish-mash of cultures I described above.

To close, let me make a few quick Motomachi recommendations.

Kitamura has a long history and most women living or working in Yokohama own more than one bag from this shop. They have become so successful that they actually have four different shops now in Motomachi!

Kent has a nice selection. Give them a try!

Caravan has also been around forever. You can sit down and enjoy a cup of freshly brewed coffee in this tiny shop, or purchase a bag of coffee beans and brew your own at home.

Japanese sweets are very different from Western style sweets. Buy a few and eat them later in your hotel room, at a park, or even strolling through Motomachi. 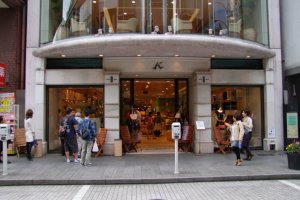 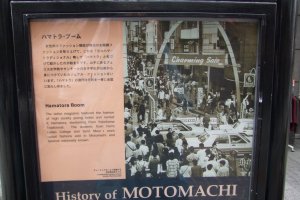 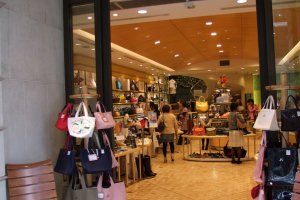 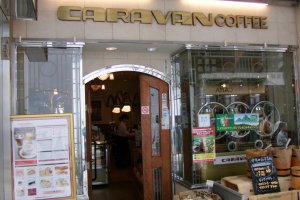 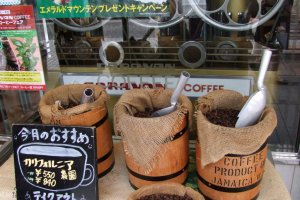 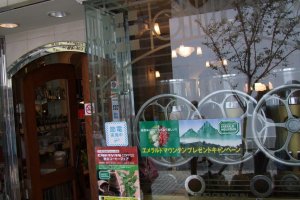 Bonson Lam 8 years ago
Wow, what a great shopping area. I heard there is a Louis Vuitton Store there as well.
Reply Show all 0 replies
1 comment in total