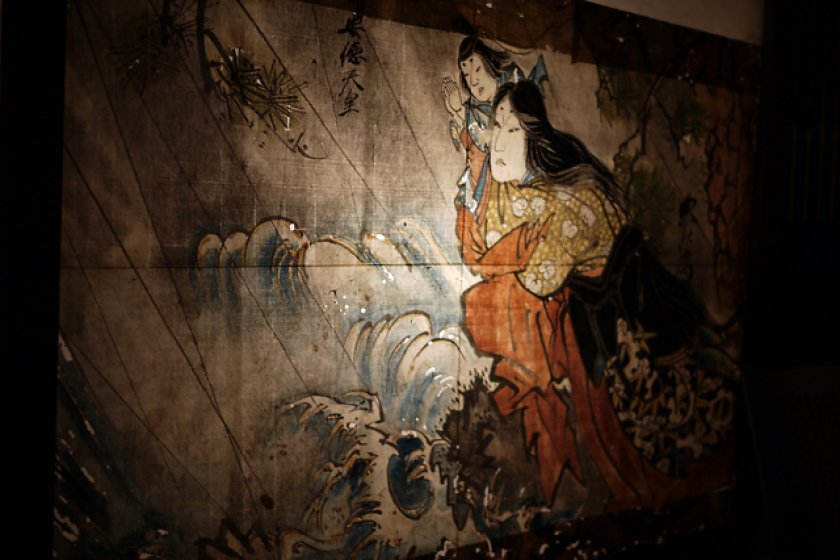 Walking the narrow streets of small town Akaoka at night with nothing illuminating the way but candlelight and paper lanterns strung up above, one instantly notices this is not your typical festival. Feeling a little more like Halloween, Ekin Festival is a trip into the frightening scenes of famous kabuki plays as depicted by one local artist.

Hirose Kinzou, better known as Ekin in Kochi, lived from 1812 to 1876 and is famous for his shibai-e byoubu, or theatrical images on folding screens. To protect the sensitive condition these paintings are in, all of the street lights (even those of the vending machines) are not allowed during this two day festival that happens every 3rd weekend of July.

Rather, each painting is folded out in front of stores on the street, lighted by a single candlestick. Personally, given the nature of these scary images, this seems like the only proper way to view them. Plus, it just makes for a great, fun festival.

After wandering through the streets and taking in all the spookiness, you will find a central square where the typical Japanese festival yatai, food booths, are set up in plenty. This area is well lit by high beam super lights of the 21st century, and there's a stage with some kind of entertainment constantly going on in the background. The food here is very good, so eat, have a beer, and relax for a bit (if you're lucky enough to find a table!).

The streets of the festival wrap around in front of Bentenza, a lovely little kabuki theater. Appropriately, they usually have plays running at at 5p.m. both Saturday and Sunday—they're even free. The theater is beautiful, so I really recommend trying to get there for this. Even if you can't see a play, go in and have a look around at this local theater.

Ekin Festival is one of my favorite festivals because of its novelty. Akaoka is kind of known for its novel festivals, come to think of it. But that is for another post.

You can get to Akaoka by driving east of Kochi City on road number 55, or take the JR train from Kochi Station to Akaoka directly.

I hope you can manage to go to this festival while you're in Kochi. It is so much fun and the mood and atmosphere is almost that of another time. Go enjoy the scary pictures, the yukata wearing onlookers, and the excited children as they run through the crowds of people playing in 'the dark'. 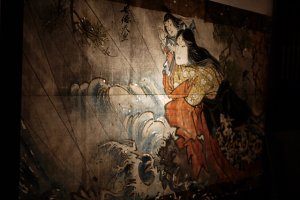 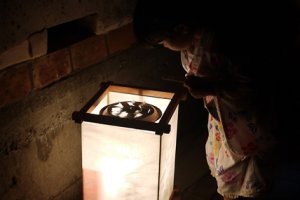 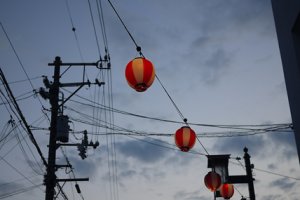 Every year on the 3rd Saturday and sunday of July.

Kim 3 years ago
A dose of summer spookiness...I love it!
Reply Show all 0 replies

Lynda Hogan 3 years ago
How innovative. I'd like to see this.
Reply Show all 0 replies
3 comments in total