Sweeping grasslands at the peak of Mt Aso

It may come as a bit of a surprise to reach the top of Mt Aso and find a flat expanse of grassland at the apex. The five peaks of Japan’s largest volcano – one of which is still active and currently smoking - are clearly visible on the near horizon. Yet tucked away

Kusasenri makes a great year-round destination due to its changing environment in each season. Summer sees the plateau awash in brilliant greens, while winter occasionally features a frosty panorama. In the autumn, the grasses turn silvery as the temperatures drop, a scene that is replicated all over the Aso region. A pond sits in the center of the plateau; at any time of year, visitors can enjoy the peaks of Aso reflected in its shimmering surface.

Travelers can explore Kusasenri in a variety of ways. The easiest is simply to set out on foot, from either the parking area or the adjacent bus stop. There are two trails that run through the plateau – one runs to the summit of Mt Eboshi and back to the parking lot in about two hours, while a second trail makes a loop from the roadside carpark to the top of Mt Kishimadake (90 minutes). Those looking for a bit more of a unique alternative can opt for a horse ride. Horses are led by their trainers on a loop of the prairie, so riders don’t need to be experienced to enjoy the adventure.

Just on the edge of the Kusasenri Plateau, visitors can also explore the Aso Volcano Museum. While most of the museum’s exhibits are solely in Japanese, there is a good quality film that highlights the Aso region and a live feed that shows what’s happening in the volatile Nakadake crater down the road.

Daily buses run from Kumamoto and Aso towns. The schedule has been affected by the earthquakes in April 2016, so it’s best to check in with either the bus station in central Kumamoto or the Aso tourism office at Aso station before setting out. When the Nakadake crater is particularly active, volcanic emissions may limit access to Kusasenri. 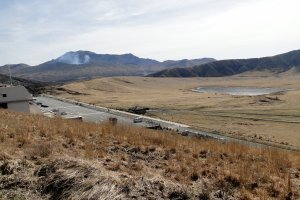 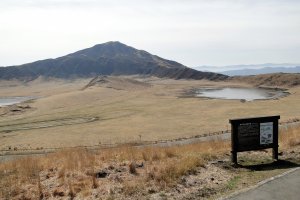 Yui Yamaguchi 3 years ago
Have you been there in winter? It changes to white with snow and many kids make kamakura.
Reply Show all 0 replies
1 comment in total