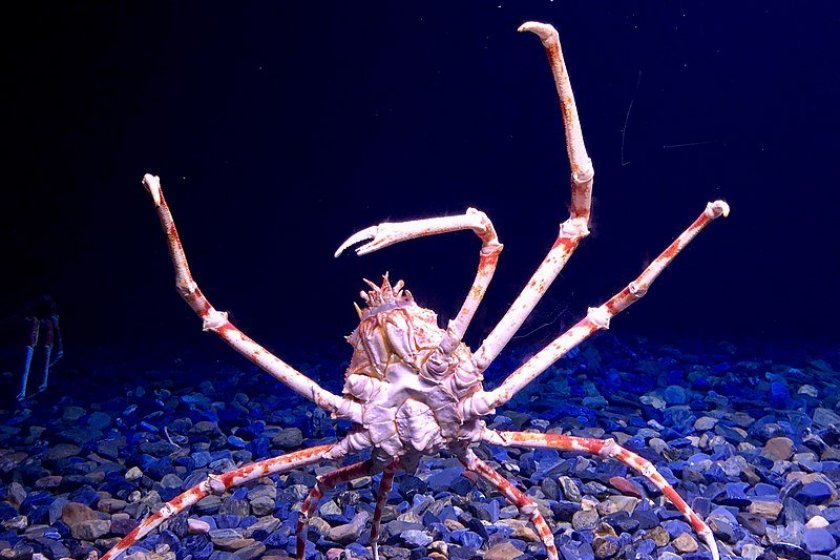 The largest arthropod in the world is found in Japanese waters

Macrocheira kaempferi, known to all those who know of its existence as 'Japanese spider crab or 'giant crab of Japan', is the largest living arthropod. Well, at least the largest discovered so far, because as we know, most of the ocean depths, as well as its inhabitants, are still unknown and unexplored. The Japanese name for this species is taka-ashi-gani, which literally translates to 'long-legged crab,' and here's why.

Living up to 100 years, this monstrous creature can reach 4m extended, weigh up to 20kg and is found mainly in the Pacific waters off the island of Honshu as well as in southernmost Kyushu where many specimens have been caught by local fishermen over the decades. Some have even been found off the coast of Taiwan.

Taka-ashi-gani usually live at depths of between 50-300m, moving slowly along the seabed except when hunting for prey; in this case, thanks to its eight long legs which can reach 2.7m in length, they can move very quickly indeed. Their bodies are covered with blunt growths while the extremely long and thin legs give the animal an alien appearance. Males are significantly larger than females with larger and stronger claws.

Being omnivores, they eat almost anything, including carrion, algae or marine animals such as molluscs, squid, and sponges. And though having a bad reputation among Japanese fishermen due to the damage their claws can cause, the giant crab of Japan is actually a peaceful and mild-mannered animal, only becoming aggressive when attacked. In fact, the crab is considered a delicacy in Japan and is served in upscale restaurants.

Due to overfishing and exploitation of its natural environment, the number of Japanese spider crabs has been steadily decreasing. Though not yet in the category of endangered species, many conservation groups are working so that this creature does not disappear permanently.

Despite their decline, Japanese fishermen continue to fish for them, exploring the deeper waters in order to catch them. Government efforts mean that the capture of Japanese spider crabs is only prohibited during the spring mating season so that the crabs have some time to mate and reproduce.

Unique of its kind, it is necessary to bring to light the risks that this animal faces so that measures capable of protecting it and not lead it towards extinction are implemented. 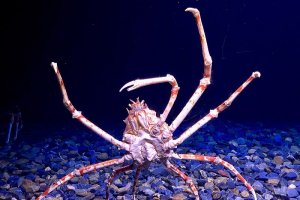 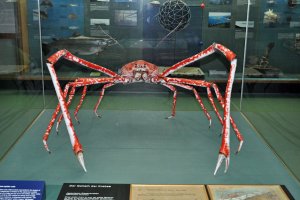 Elena Lisina a year ago
This spider crab as many sea inhabitants look like aliens! :)
Reply Show all 2 replies

Diego Mastromatteo Author a year ago
Yes! The marine universe is fascinating!!
Reply

Elena Lisina a year ago
When I studied at school, I had a dream of becoming an oceanologist! But we lived too far away from any ocean, and finally I became a designer! :D
Reply

Sleiman Azizi a year ago
Fascinating species. The ones you see in aquariums are huge.
Reply Show all 1 replies

Kim a year ago
Incredible creatures!
Reply Show all 1 replies