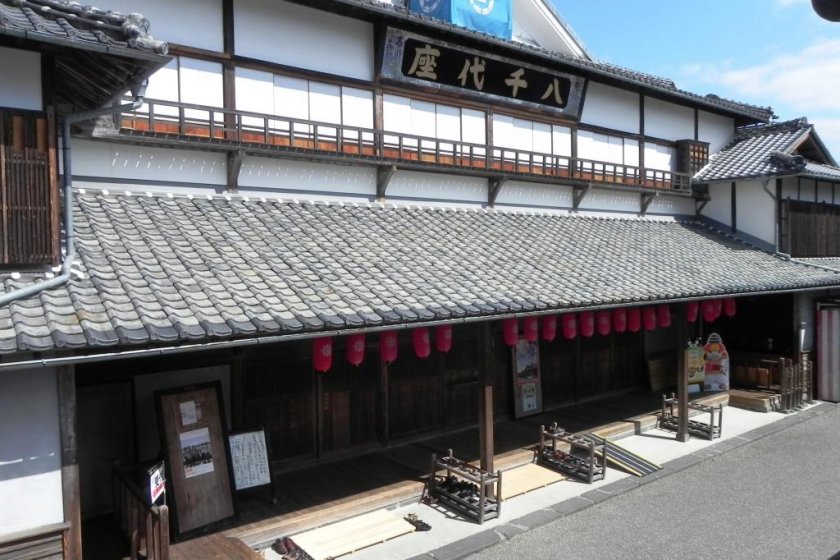 The play's the thing in rural Kumamoto prefecture

The exterior of the Yachiyoza Theater

All the world might be a stage, but some stages are certainly prettier than others. And at the Yachiyoza Theater in Yamaga in rural Kumamoto prefecture, the entire theater is a work of art.

The Yachiyoza Theater first opened its doors in 1911, supported by the Yamaga Chamber of Commerce which had grown prosperous in the early twentieth century on its artisanal crafts and industrial ties. Kabuki plays were the original entertainment to be showcased there, and all-female performances were particularly popular with local audiences. The dawn of the silent movie era meant the menu of entertainment choices broadened considerably and with a repertoire of both film and live performances, the Yachiyoza Theater hit its heyday in the 1920s and 1930s. Depression and the war years led to the theater’s decline, but a recent renovation has left it glittering once again.

It’s possible to visit the theater on your own (entry is ¥520 for adults), though if you arrive near a tour time, you’re likely to be shepherded around for an hour with an entertaining Japanese guide. Don’t worry about the language barrier; an excellent English handout is given at the door. Besides, you’ll want to park yourself for a while on the heated tatami mats in the main audience hall and gaze at the colorful ceiling tiles. All of the designs, which were painstakingly restored, are actually advertisements from the early 20th century. Everything from tofu and miso to soda and futons was hawked from a painted ceiling panel.

Seating would have been tight back in the day, with up to eight people crammed into a tatami “box” seat, separated by a bar in the middle. Upstairs in the gallery, another 450 people could be accommodated, bringing total capacity to around 1275. Today, thankfully, performances are less congested and audiences are capped at 750 people.

From our spot on the floor, it was easy to see the stage as the sloping ground resembled today’s stadium seating. The stage itself was once equipped with a revolving turntable, operated underneath by human power. A special trapdoor on the stage runway also allowed characters such as ninja and monsters to pop up unseen practically in the middle of the audience.

When the tour is over, you can always pop back across the street to check out the Yumekogura Museum. English signage is practically non-existent but on display are several masks, old show posters, some kimono worn by renowned kabuki actor Bando Tamasaburo and a fascinating movie projector from the early 1900s. 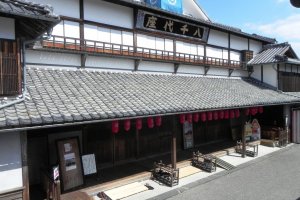 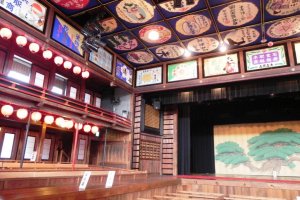 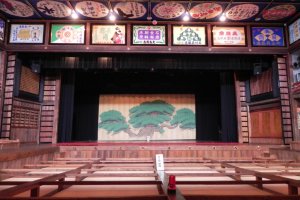