Centuries ago, the town of Yamaga was a major stop on the "rice route". The fertile plains of the Kikuchi river delta in present-day Kumamoto Prefecture were a principal center of rice production in Kyushu. The Kikuchi River became a main artery of transportation, the first step in shipping the rice to the major merchant center of Osaka.

As the town of Yamaga prospered from its beneficial location, a number of stores and warehouses were constructed along Buzen Way, the main route linking Kumamoto city and Kokura (part of present-day Kitakyushu city). Many of these buildings housed rice dealers and sake brewers; a few kura (warehouses) along the riverfront were designed for tawara-korogashi​, facilties used to load rice bales onto the passing barges.

Today, Buzen Way retains much of its Edo Period atmosphere. A good number of the buidings along the kilometer-long street have been restored and still boast the typical whitewashed walls and slate roofs of earlier centuries. A handful of sake breweries remain in the neighborhood, the most notable being Chiyonosono, which was founded in 1896 in the back of a rice dealership. Most of the other buildings now host restaurants and cafes, offering everything from Italian cuisine to Vienna coffee and fresh baked apple pie.

One building of particular note is the Sakura-yu bathhouse (see the map), Standing roughly at the midpoint of the street (and on the corner of a major intersection), the hot spring here was first discovered nearly 400 years ago. It quickly became a favorite spot for one of Kumamoto's Hosokawa rulers and boasted some sort of crude bathing facility up until 1973. It was demolished in that year, but citizens missed the social hub so much that plans were soon drawn up to replace the old bathhouse with a new structure. The current building opened in 2012 and is one of the largest public onsen in Kyushu. The interior is reminiscent of the bathhouse in the Miyazaki anime film Spirited Away.

Buzen Way is also the location of the Winter Roman Toro Lantern Festival, held every Friday and Saturday night in February. Most of the street is lined with delicate paper umbrellas and bamboo luminaries. 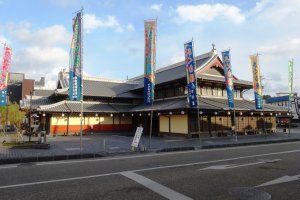 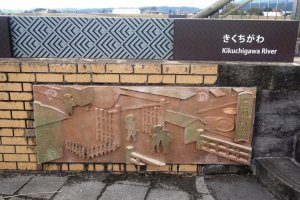 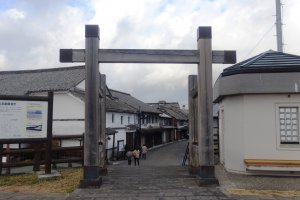 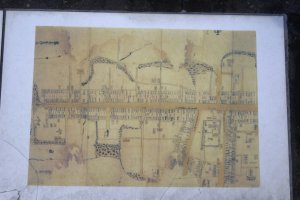 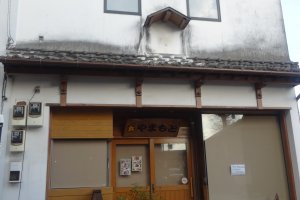