Miyazu was a castle town. Everything was within walking distance. Imagine walking from the Wakinomiya Shrine to the sake and kimono stores, and knowing everyone you met. This was the life for members of the Mikami household. At the same time, the master traded rice and kimonos with other cities, and he took the best technology to make his products, seemingly a man beyond his time.

While Mikami’s residence appears to be frozen in time, you actually undertake a century of time travel as you step through the different wings. It is believed that they were a samurai family from Northern Hyogo during the Muromachi period (1392 to 1573), and fled to Miyazu under the protection of Nagai. The second son took up residence in 1783, but it was burnt down and rebuilt with a fireproof coating in 1783 in the midst of the Great Tenmei famine. Extensions were built in 1820, 1830 and 1837. Besides the master’s house, there are five other buildings: a sake store, a boiling house, an appliance store, a tool room, and the front gate.

As one of the leading merchant families, Mikami’s work helped financed the operations of Miyazu domain and the local government. This area was known for its quality textiles, and even today you can see evidence of this in nearby Yosano, famous for its Tango crepe silk makers from the 18th century and the historic Chirimen Kaido.

An Imperial decree established Miyazu as a trading port for ships from the United States and the United Kingdom in 1899, and as you walk around you can see imported technology from that era. The port grew in prominence, and as you walk around the town, you will realise that many of the streets rotate outwards from the waterfront wharves. Mikami was also involved in the trade of cargo by ship, and while the wooden vessels of those days are no longer to be seen, Miyazu and nearby Maizuru these days play host to ships of steel, large ocean going navy ships as well as cruise ships like the Diamond Princess from the international cruise ship terminal, whose passengers would now be double that of old Miyazu town.

Like many homes at that time, there were separate entrances for the family and important guests and customers. Mikami would often entertain them in the south facing courtyard, which was bathed in sunlight even in the winter. The manicured viewing garden is famous for its lion shaped rock statues, as well as the turtles that represent long life in Japanese culture. Take a seat on the wooden patio and imagine the days in the Victorian period when visiting merchants and officials would relax over tea or sake as the sun and moon made its way across the skies over the garden. Mikami's house is short walk or cycle ride from Seikiro Ryokan, where you can relive the grandeur of Kyoto's past in a spacious ryokan, or Japanese bed and breakfast.

This is a town that is off the beaten track, and while there is little in English information besides a small sheet, much can be learnt from just walking around the residence. As for Miyazu Castle, which has been burned down with only a gate remaining, is in itself an intriguing story. 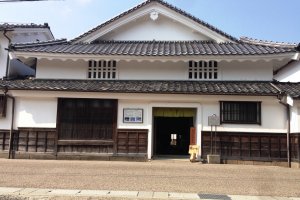 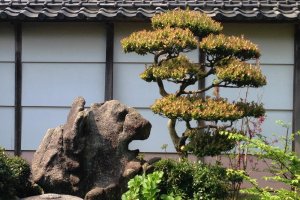 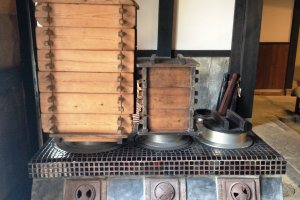 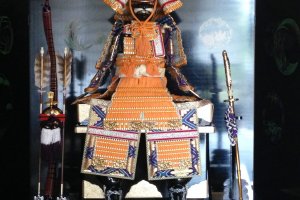 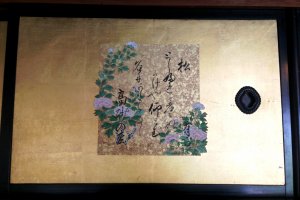 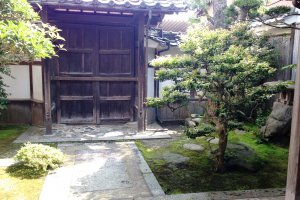 Bonson Lam Author 4 years ago
Mikami is one smart trader. He moved from textiles to sake when the time was right.