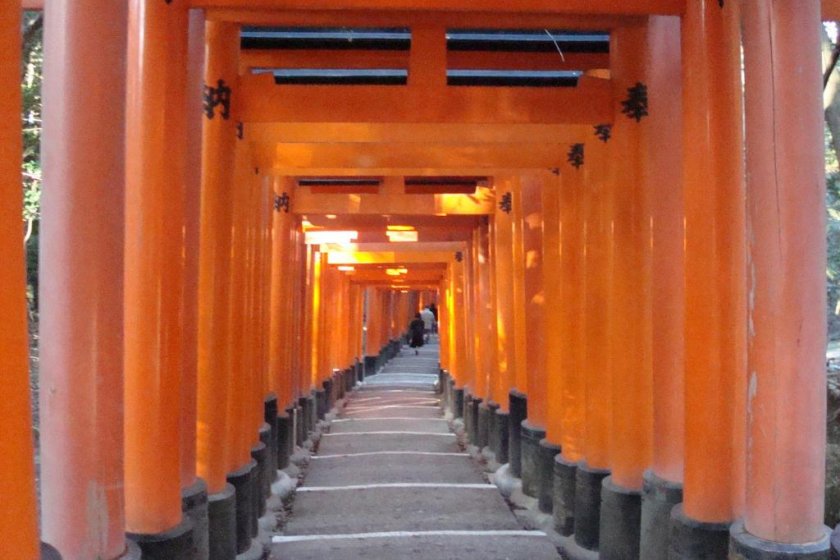 Getting to Know: Fushimi Inari Taisha

Shrine dedicated to Inari, the god of rice

Fushimi Inari Taisha is a picturesque shrine that you’ll often see in Japan photobooks and guides. It’s particularly photogenic and famous because the shrine grounds are home to thousands of red torii gates (called the Senbon Torii), which frame the trails behind its buildings. The trails lead follow a 4 kilometre stretch up to Mount Inari and can take hours to explore in-depth.

Fushimi Inari is the main shrine dedicated to Inari, the god of rice. Foxes are the symbol of Inari. More than thirty thousand other shrines to this god are said to exist throughout Japan, but Fushimi Inari Taisha is by far the most well-known. Inari is also the patron of business, so each of the wooden torii has been donated by a business, with the year and name carved into the gate.

April and October are both festival times at this shrine, and great times to visit. Autumn is when it is truly at its best. I myself first came by Fushimi Inari on a cold winter day, but without any foreknowledge of what the shrine was about. Passing through the Keihan station dozens of times, I knew from the fox and torii designs in the station that there had to be a major shrine nearby, so I joined a friend one day for what we thought would probably be a nice little walk around the area. We visited the Go-Honden, the main building, and admired all the fox souvenirs. Then we continued up the path, believing that there were more buildings at the end of the Senbon Torii.

The first thing a new visitor should know is that even if you aren’t going far onto the Fushimi Inari grounds, you are still going up. Be prepared to climb plenty of stairs and walk up an incline. We passed a few small restaurants selling themed dishes (Inari sushi and Kitsune (fox) udon, for some) and plenty of smaller prayer areas with tiny torii stacked around them.

It will take even the quickest climber half an hour to reach the Yotsutsuji intersection. This is the point where many visitors aim for, as the views of Kyoto are lovely, and honestly, after seeing the trail splinter off into so many different directions, we ourselves were considering turning back. We did continue on, though, and eventually the trail did settle into a circular route up the mountain and around the summit of Mount Inari. Late afternoon is a great time to return from a hike, as the sunset views are beautiful, but take care to give yourself plenty of time to descend before night falls. There are also no more restaurants for tired travellers beyond Yotsutsuji intersection, but some vending machines can be found along the way. Come prepared – as you climb, the prices of the machines increase! 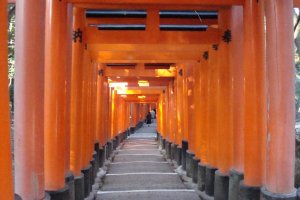 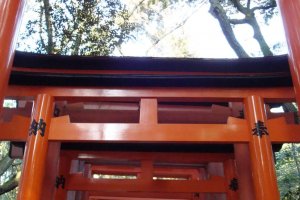 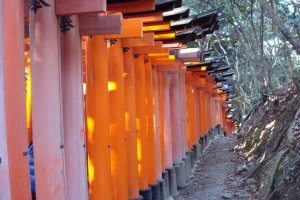 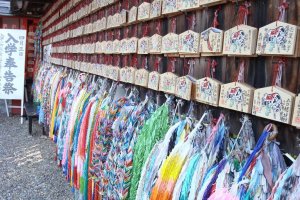 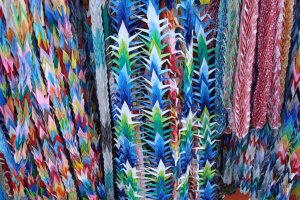 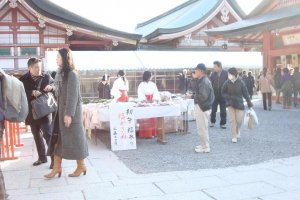 Bonson Lam 9 years ago
Hi Ashley, there are lots of good tips in this article. I went hiking there one morning, but it is good to know to time your hike if you are there watching the sunset and going into the night, who knows what mysteries come out of the fox statues at night? I really like the traditional tea house I saw on the way up from the shrine.
Reply Show all 0 replies
2 comments in total