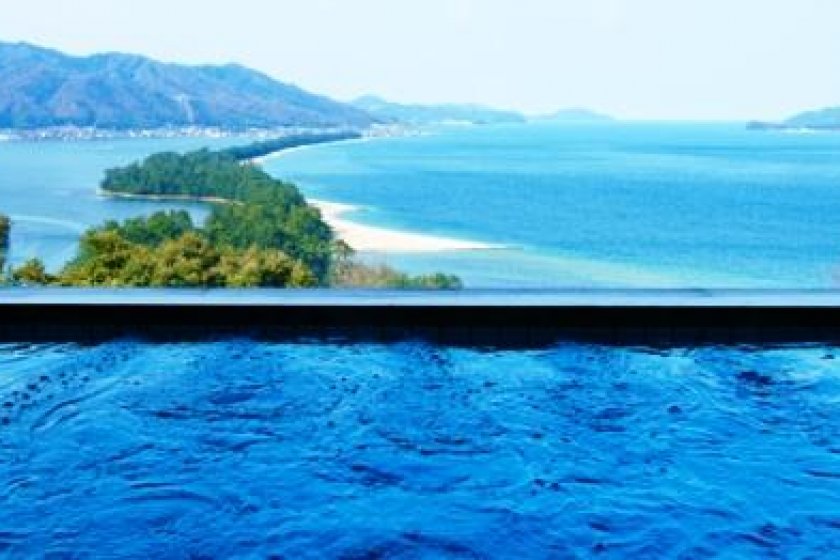 Relax and dine in luxury to a spectacular panorama

Bath with a view from Genmyoan Ryokan Amanohashidate on the North Shore of Kyoto Prefecture (Photo: http://genmyoan.com/english/bath/)

The Genmyoan experience begins with a rising heartbeat and an air of anticipation. To get to the Ryokan, you have to go up a very big hill rising from behind Amanohashidate station, the road becoming ever steeper and the side thick with trees. But just when you begin to fear that rather than going to a nice ryokan, you’re in fact off to one of those Sleeping Beauty-esque castles where bored Austrian nobleman string enemies up from their tongues, you sweep into Genmyoan’s immaculate drive and enter a world of understated esthetics and calm relaxation.

The name Genmyoan comes from the Japanese word genmyo, meaning a feeling beyond the earthly or ordinary. The name was apparently coined by the shogun Ashikaga who went on a pilgrimage to the hill in 1393 and was so struck by the view that he felt moved to suggest Genmyo as the name for this spot, which was nice of him.

The local myth-making doesn’t stop there. In the lobby, there is a wall-hanging dating from the Edo period which depicts the famous local legend of the banishment of the demons from nearby Oe Mountain. It is clear that this mix of natural beauty, culture and hospitality is what has drawn many distinguished guests to Genmyoan – from various artists and literary figures to the Imperial Family.

Genmyoan offers 17 rooms in total – 14 overlooking the postcard-worthy Amanohashidate and 3 that look onto Miyazu Bay. And it turns out climbing that hill was well worth it because the views are truly spectacular – a sweeping panorama of sky, sea, mountains and coast, not too dissimilar to that from the Viewland park on the top of the hill.

Most of the rooms were designed by the esteemed architect Tatsuo Mori, marrying traditional Japanese interiors with sophisticated modern sensibilities. The simple craftsmanship of a tea house can be glimpsed in the sliding doors and traditional tatami mats that make up every room.

You can take breakfast and dinner in your room, savoring the spectacular views while feasting on immaculately-prepared cuisine. The menu changes with the season and much of the food is from the local area, served in the traditional kaiseki style. It is also possible to visit the ryokan just for lunch or dinner. And if you don’t have the time for a longer stay and are merely visiting the area, you can go instead for a well-brewed cup of coffee or tea served in the Genmyoan café, sitting on the terrace overlooking that wonderful view.

But probably the things most worth visiting the Genmyoan ryokan for are the two bath houses – one outdoor, one partially-outdoor. Overlooking that gorgeous panorama, you can sit and soak in an immense tub with piping hot water up to your shoulders.

So basically, you’d be an idiot not to visit the Genmyoan ryokan if you are in the area, even if just for lunch and a view-enhancing soak (reservations necessary) for a world of relaxation and natural beauty awaits. And as we made our way down that hill and back to the town, we saw a small bear dart from the roadside and disappear into the woods. 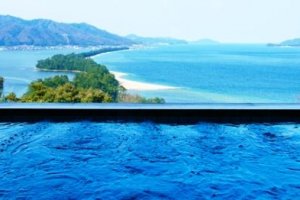 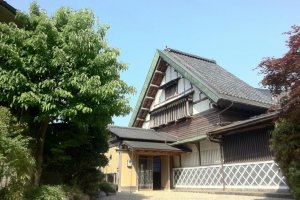 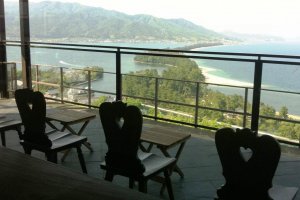 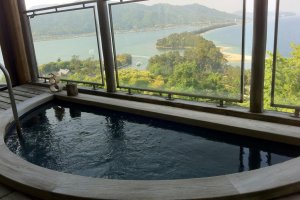 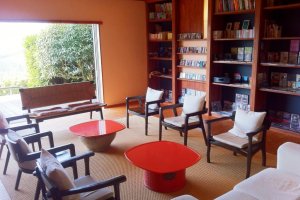 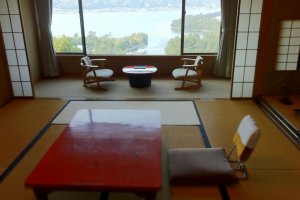