Just moments away from the Gion district, Ogiya Hangesho (named after the birthday flower of the owner) is a traditional fan maker and dealer in Miyagawa-cho, a traditional geisha district of Kyoto. Formerly a geisha house, this boutique is true to the original architectural design, but now more like an art and craft gallery.

The owner Kimiko Nishino and her daughter Kayako Yoshio gave me an glimpse back to an earlier era where when life was enjoyed around the tatami room with an deceptively simple but skillful game of fan throwing (Tosenkyo). Originally popular amongst the merchants of Osaka, a game that both young and old can play, a ten game duel that is like throwing darts or paper planes. My beginner’s luck was not enough beat my partner, but to really step back in time I should book a private game with a resident Maiko (apprentice geisha).

Folding fans were invented in Japan, originally for their nobility to hide their face in the 800s, like a kind of masquerade. They were exported to China and later used by the European Royalty, but their design evolved to western taste with the addition of feathers and other materials. These days folding fans are used to cool down and folded for ease of travel, but it is amazing the stories I hear from Nishino-san as she explains how their design and usage have changed over time.

The shop also display dance fans which have the same design on both sides. These fans are used in traditional Japanese dance (Nihonbyou) which a lucky few may see as part of a geisha’s performance, but fortunately in Kyoto daily dance performances can be seen nightly at Gion Corner.

On the other hand decoration fans have different designs, for example Spring on one side and Autumn on the other side. The design does not always have to be seasonal, however, as they may portray stories from the Tale of Genji or a festive occasion from the Kyoto calendar. They have a workshop which can also produce designs of your own choosing. Your piece of living history can be made in either paper or Hinoki (the Japanese Cypress used in traditional Japanese baths that gives that relaxing aroma)

We are led upstairs to the Tatami room of this traditional Japanese geisha house to play Tosenkyo, a game played by people of all echelons from the Edo period (1600 to 1868). It is like playing darts with a fan and people used to bet on it until the government banned it after it became too popular. Different points are awarded depending on where and how the fan lands, so it is definitely an insight into how Edo period people lived.

If you want to buy a heirloom to pass to the next generation, a collector of fine art or a serious student of Japanese culture, this place will reward your interest. While non-Japanese speakers can appreciate the visual beauty and the joy of the fan game, an intermediate Japanese language speaker will be able to enjoy this experience on a deeper level. You can also join the fan making workshop which is enjoyable for all ages.

The easiest way to visit this fan boutique is to take a train to Kyoto's Keihan Gojo station. It is only a five minute walk through the lane ways parallel to the Kamogawa (Kamo River). You might even spot a kimono clad Kyoto-ite on the way. The store has since been updated since the author visited, making it another reason to visit. 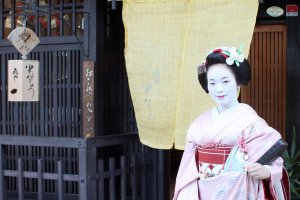 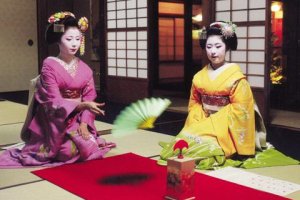 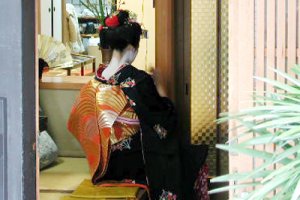 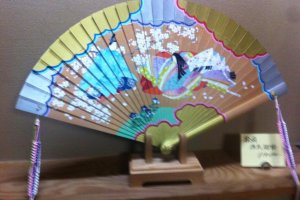 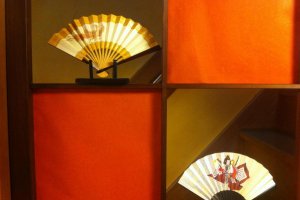