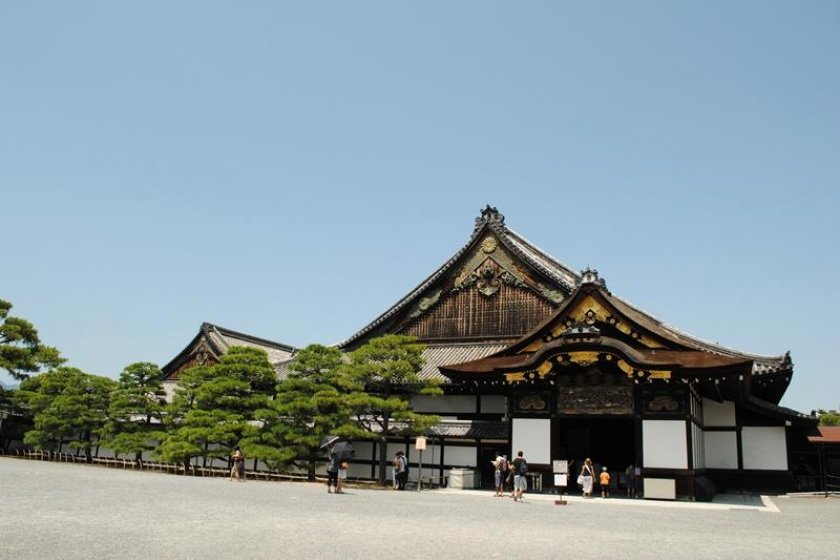 Kyoto residence of the Tokugawa shogunate

The Ninomaru Palace is the main attraction at Nijo-jo. You can walk the same halls that shogun and daimyo have walked.

Few standing original or reproduction castles in Japan can give you a better glimpse into daily life of a Shogun than Nijo-jo. Most of what remains or is rebuilt in other locations are the castle towers, which were not made for living. Nijo-jo features extensive reception areas for visiting lords and even leads visitors around by the shogun’s more private rooms.

Located near the center of Kyoto and not very far from Kyoto Imperial Garden, Nijo Castle is a must-see for tourists. The castle area was only given the name of ‘Nijo Castle’ relatively recently, in 1939. It is actually made up of several parts including two separate palaces – Ninomaru Palace and Honmaru Palace. Construction began in 1601 on the order of Tokugawa Ieyasu and was completed in 1626 under the reign on Tokogawa Iemitsu.

To enter the palace, one first passes through the beautiful Karamon Gate (currently under restoration and covered in tarps, preventing visitors from seeing it) and follows the well-marked ROUTE signs to the right.

Before entering the Ninomaru Palace, you must remove your shoes. This is common practice in visiting old buildings in Japan. There are shelves where you can leave your shoes. Nijo-jo is equipped to handle large groups and has a separate shoe-area for large groups and individuals visiting the castle (which is also fairly handicapped-accessible!)

Pictures of the inside of the Ninomaru Palace are not permitted. Visitors can wander along at their own pace on the one-way path and observe the rooms. Unfortunately, the multi-lingual pamphlet offered by the castle doesn’t give much detail about any given room. Some of the placards offer a simple English explanation, which is helpful. There are audio guide buttons, but it only speaks in Japanese.

English-speakers, don’t be discouraged!  There are a few maps around the castle grounds which offer English-speaking buttons and explanations of the area. Available for rental as you enter the Ninomaru Palace area are audio guides, synched with the audio available in the palace (I was too cheap to rent one, but they were maybe 500yen or so?)

In addition to the Ninomaru Palace, visitors can observe a traditional Japanese garden by master designer Kobori Enshu. The Ninomaru Garden has been designated a Special Place of Scenic Beauty (by the Japanese who love to give titles to places). The Seiryu Garden is a much newer addition, installed in 1965, featuring two teahouses relocated from other places.

Across the Inner Moat lies what I think of as the unlucky area of the castle. Somehow, fire and disaster has passed by the beautiful Ninomaru Palace and struck mostly here. The familiar site of a white castle donjon is missing from the Nijo Castle complex because the five-story tower was struck by lightning and burned down in 1750. The site remains empty, but visitors can climb the stone steps to the observation area there and see a lovely view of the surrounding area. The original Honmaru Palace was destroyed by fire in 1788, but was replaced when the Imperial family transferred a palace (built in 1847) from the Kyoto Imperial Garden.

The castle complex has been home to the Tokugawa Shogunate, and served seventy-two years as property of the Imperial family, was given to the city of Kyoto in 1939, and has become a UNESCO World Heritage Site. Visit Nijo-jo in Kyoto and enjoy over 400 years of history as you squeak around on the Nightingale floors and take in the garden.

WARNING for trip-planners!  Nijo-jo is CLOSED on Tuesdays in January, July, August, and September. I have no idea why. It was an unpleasant surprise for me, so I wanted to give everyone a heads-up!

Find out more about Nijo Castle. 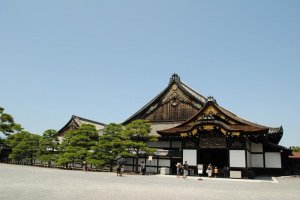 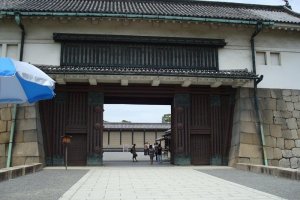 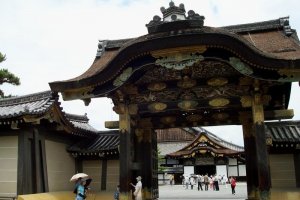 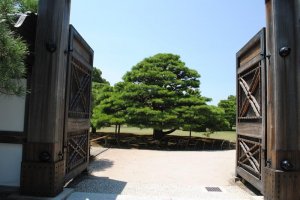 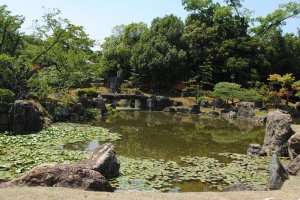 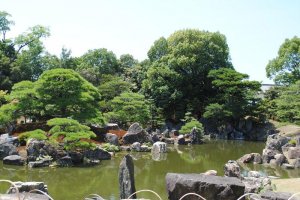