An alchemy of color and music

It was only two centuries ago that villages like Miyama were locked away from the rest of the world.

People would live from the bounty of the land, and after a rich harvest would plant indigo, a blue flowering plant whose compost would nurture the soil, getting it ready for the following year. Also known as Indigofera tinctoria, this plant is better known for its blue pigment which is used to dye denim and other textiles. In the days of old, items like clothing were heirlooms to be passed to the next generation; in the same way that land or property would be today. It made the handmade kimonos and other traditional clothing all the more special.

Looking at the heirloom indigo garments here in the museum, it reminded me of a folk song called Asadoya Yunta:

You are the wild rose, blooming in the field;

You take a hold of me, going home at sundown.

Partly glad and partly ashamed am I, for an ill-fame you give rise to;

You are the white lily, far beyond my reach.

If you do weeding, do it on the full moon night,

I will dye for you, the blue wedding garment;

To tuck your sleeves, put on cords, of compassion as of me.

Until the modern era, blue was the preferred color for wedding dresses. Blue was the symbol for purity and piety in wedding dresses, until a young twenty year old princess called Victoria changed this forever with a white wedding dress in England in the nineteenth century.

For many city dwellers, the word museum may bring forth images of sterile white-washed walls and whisper quiet contemplation. Visiting the Little Indigo Museum on the other hand, is an opportunity to step into the rustic country cottage, and seeing first hand an authentic workshop with the chance to talk with the actual cloth makers. On the ground floor there are a number of vats which are used regularly to dye the textiles. Upstairs there is a potpourri of indigo dyed clothing on display from around the world, collected by the curator Hiroyuki Shindo from his travels in the late twentieth century across several continents. In some ways he is retracing the journey of indigo dying itself, from Ancient Egypt in 2000 BC, through its adoption as an handicraft in Europe, Central America and Asia. The plant known as ryukyu-ai​ weaves its way from Myanmar and then snaking along the coast to the Ryukyu Islands, known today as Okinawa. In the Japanese vocabulary, there are a dozen words to describe different tones of indigo. A cloth that was only dipped once in the dying vat is called kamenozoki, or "blue like the distant horizon", while one that has been dipped twenty eight times is called jokon tomekon, or midnight blue. In between are tones like asagi, or sky blue, as well as konjiro, or royal blue. The motifs on each cloth is just as special as the colors, ranging from bamboo leaves to Japanese wisteria, or fuji, to reflect their affinity with the changing seasons.

The museum was originally a village elder’s house from 1796, its high pitched roof with seven “saddles” testify to the importance of this building. The thatched roof which bears the brunt of the long snowy winters is replaced every thirty years, a way of ensuring the skills of thatching are passed to the next generation. 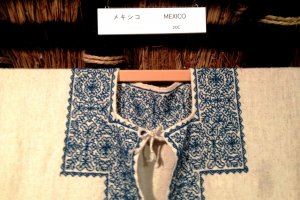 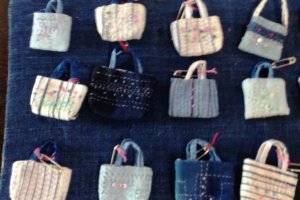 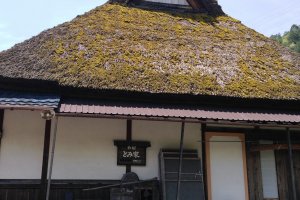 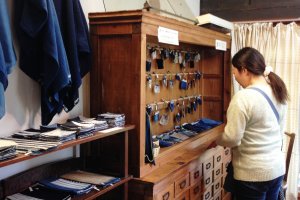 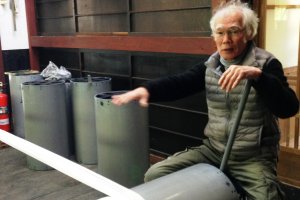 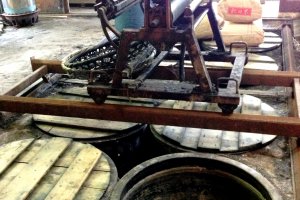 Yasir Dil 4 years ago
I really love this fabric and I will love to buy this to gift my mother .
Reply Show all 0 replies

Bonson Lam Author 4 years ago
A travel guide in 1797 once described Arimatsu as “a thriving town where shops sell very attractive cotton cloth… in truth one must say that is one of the most famous products to be found among the 53 stations of the Tokaido Road”. These 53 post towns or stations along the Tokaido road were set up at comfortable intervals, so that you can walk to the next town by nightfall. While Arimatsu has been transformed in the last two hundred years, you can today rediscover the old world charm at the Little Indigo Museum in Miyama, where you can still talk with the owner in between his work in the dying vats, and pick up some of those very attractive cotton cloth spoken about in 1797.
Reply Show all 1 replies

Veronika Tomanova 4 years ago
Had no idea that there is such a strong historical tradition.
Reply

Veronika Tomanova 4 years ago
This museum sounds interesting - I will put it on my list of what to vist in the region.
Reply Show all 0 replies
4 comments in total