Uji is nestled in the beautiful forested hills just 15 kilometers south of Kyoto. Situated on the shores of the Uji River, the riverbank walk is lined with cherry blossoms in springtime, and its hills glow with a blaze of red foliage in fall. In summer, book a longboat ride in the evening from the piers near Ometesando to watch traditional cormorant fishing by fire torches, which run from mid-June to early September. If you are around on August 10, look to the skies for some spectacular fireworks.

Sandwiched between the ancient capitals of Nara and Kyoto, Uji is a history buff’s delight. The son of Emperor Ojin founded a palace in Uji as early as the fourth century. It is home to some of the finest Heian period architecture, such as the World Heritage-listed Byodo-in Temple from the eleventh century. If you haven’t been here, chances are you would recognize its silhouette printed on the ten yen coin. Uji is also the location of the last ten chapters of the historical novel, The Tale of Genji, well documented by the museum of the same name a short walk from the town center. Nearby is the Tsuen tea house, serving weary travelers since 1160, making it the oldest tea shop in Japan, if not the world. Despite its closeness to Kyoto, it is relatively undiscovered by foreign visitors. Its compact size and lack of traffic makes it easy to stroll around all the attractions in a few hours.

Your gateway to this town is by Keihan Uji Station, itself an architectural masterpiece, especially with the setting sun casting a pink shadow through the dome roof. Designed by the architect Hiroyuki Wakabayashi, his other works include the Nankai 50000 series Kansai Airport Rapit Express, which looks like something straight out of a science fiction or anime novel.

Uji is an ideal city for a stopover between Nara and Kyoto. Japan Railways (JR) operate an express service between these two cities several times per hour, and for 230 yen it is an easy 18 minute trip from Kyoto. There are also local trains which take ten minutes longer, leaving from the adjoining platform. Visitors coming from Osaka on the Keihan line or using a Kansai Pass (Surutto Kansai) Ticket need to change at Choshojima for the Keihan Uji branch line. From Uji it is just a short distance to Wazuka, famous for the Obu tea farm.

Visitors with a Kintetsu rail pass coming from Kyoto will need to change to Keihan line at Tanbabashi (280 yen), or better still grab the cheaper JR express train from Kyoto. 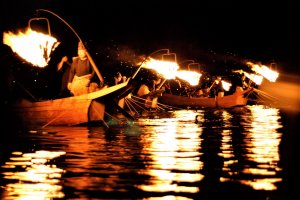 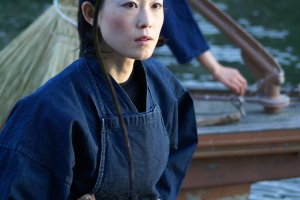 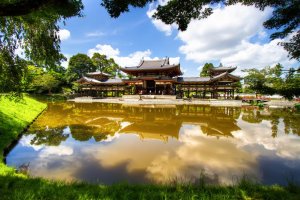