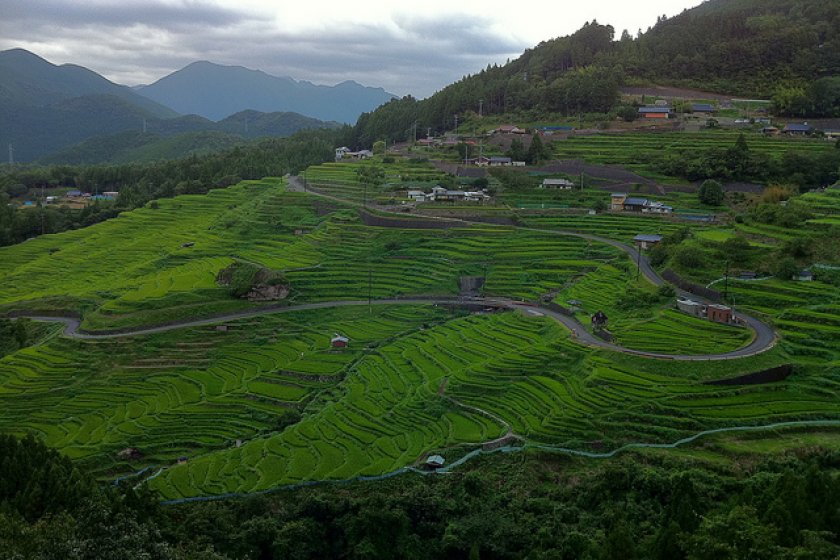 Thousands of rice paddies of all shapes and sizes are carved into the hillside. (Photo: TagPhotoLog)

Senmaida. It means “One Thousand Rice Paddies”, but if you had the time, and the inclination to count them all, you’d find there’s well over 1,300 terraced paddies of all shapes and sizes cut into the hillside. It’s one of those breathtaking scenes of forgotten Japan. The sort of scene you’d expect to see only in a unique journal such as National Geographic. This is the Maruyama Senmaida, just outside of Kiwa Town in the southern districts of Mie Prefecture.

A small number of steep terraced rice paddy regions still remain in rural Japan, and the Maruyama Senmaida is among the most beautiful and best preserved. The ingenuity and effort put in by the ancient farmers painstakingly carved out of the hillside by hand over 400 years really must be seen to be appreciated. From the opposite hillside, the scene before you resembles the contours of a model hill in a geography lesson diorama. Small irregular shaped ponds ringed by earthen rims, fitted together like a strange step-like puzzle.

The narrowest field is just over a meter wide, and there’s about 100 meters difference in elevation between the lowest and highest terraces. Because of the steep levels, size and irregular shapes, machinery can’t be used, and so tending to the fields, planting, reaping and maintenance is all done by hand, a time consuming and laborious job.

From the 16th Century, there were over 2,200 paddies being tended to.  Being labor intensive work, the increasing costs of working low yield terraces, (compared with flatland cropping) the problem of Japan’s graying society and rural depopulation lead to the terraces falling into disrepair in the post war years, and the number of working fields fell to around 500. Realizing the value in preserving the paddies and traditional farming practices, as well as the importance of the terraces in water retention and erosion control lead to combined efforts of the local government and an owner adoption system to revitalize the rice fields.

The terraced landscape is enjoyable all year round, with the views changing with the seasons. In late spring the paddies are irrigated for planting, and on a still day depending on your view point, mirror the sky, the clouds, the surrounding hills and forests. By mid summer the rich green of the growing rice is a most refreshing sight. Autumn sees the ripe rice turn a stunning golden yellow, the brightness contrasting with the deep greens of the surrounding trees and mountains. In the winter, the terraces are bare, however, the effort put in to build and maintain the hundreds of steps becomes the focal point and can be more easily appreciated. When you visit Maruyama Senmaida, it might be a good idea to bring along a packed lunch or snacks and drinks, particularly in summer, when the humidity can become overbearing. Insect repellant might be a necessity in summer too!

In mid May every year, the Maruyama Senmaida Rice Planting Festival is staged by the local Kiwa Town Performing Arts Society. Dressed in traditional farming wear, the festival is held right in the rice paddies themselves, with performances of dances thanking the gods and praying for a bumper harvest. Locals and visitors alike are encouraged to participate in the planting, so if you don’t mind getting damp and dirty, hop right in and enjoy rural hospitality!

The Maruyama Senmaida is located out in the middle of nowhere, it takes a long time to get there, facilities aren’t great, it’s pretty much unknown and under appreciated, rarely visited and barely promoted as a tourist destination.

And that’s what makes it special! 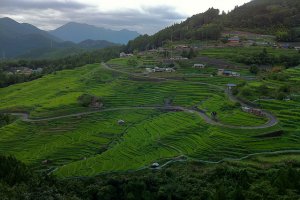 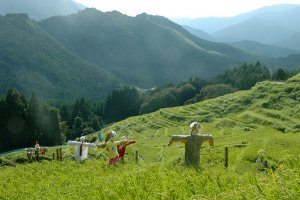 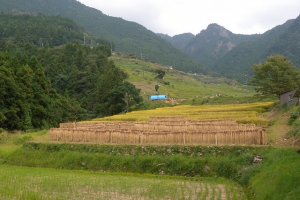