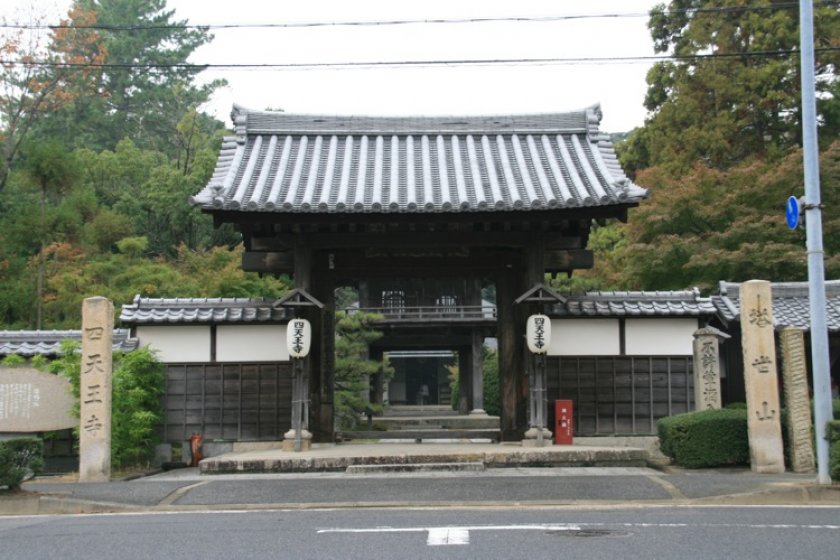 Just off a quiet side street in the center of bustling Tsu City, capital of Mie Prefecture, is a small but beautiful temple called Shitennouji. Believed founded by Prince Shotoku Taishi in the 7th Century, the Shitennouji Temple just south of Tsu Station and close to the Prefectural Government offices is one of those temples that provides an air of tranquility. There is something special about the temple and grounds that makes it different. A calmness that you can feel in your heart.

Over the years, the temple has been damaged by fires and war, and reconstructed each time. The warrior Toda Takatora had the temple reformed, along with the castle upon his investiture there in 1619.

Older parts of the temple, such as the elegant Sanmon gate date from 1646. The temples treasures including Edo period portraits of Todo Takatora and his wife and statues of Shotoku Taishi dating from the Kamakura period (1192-1333) and the image of the Healing Buddha carved in 1077 have all been designated Important Cultural Assets. Recently, tiles dating from the Nara Period (710-794) were discovered proving the temple has well over 1,000 years of history behind it.

Unfortunately, much of the temple was finally destroyed in allied bombing during World War Two, and the current main worship hall has been reconstructed in concrete. However the gently sloping Japanese style roof and surrounding gardens provides a peaceful respite from the surrounding city.

The tranquil garden and steep hillside behind Shitennouji is the resting place of both Tsuchida Gozen, the mother of warlord Oda Nobunaga, who fled to Tsu following her son’s assassination at Honnoji in 1582, and nearby, the grave of the wife of the local lord, Toda Takatora.

Shitennouji Temple offers a special 90-minute Zazen Meditation Experience. The short course consists of a ten minute explanation by the head priest, 40 minutes of Zen meditation, followed by ten minutes of viewing the beautiful gardens. Green tea and wagashi sweets are served, followed by a short ten-minute lecture by the head priest. The cost is 1,000 yen per person, not much for a step towards enlightenment, and bookings must be made in advance on 059-228-6797. 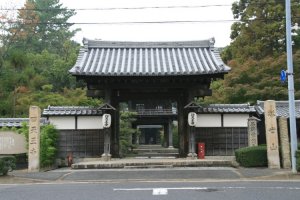 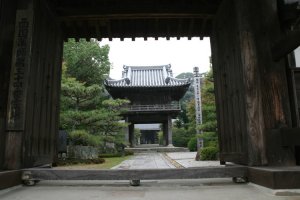 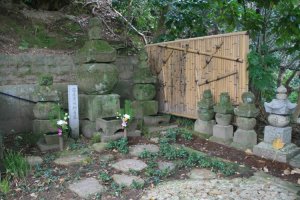