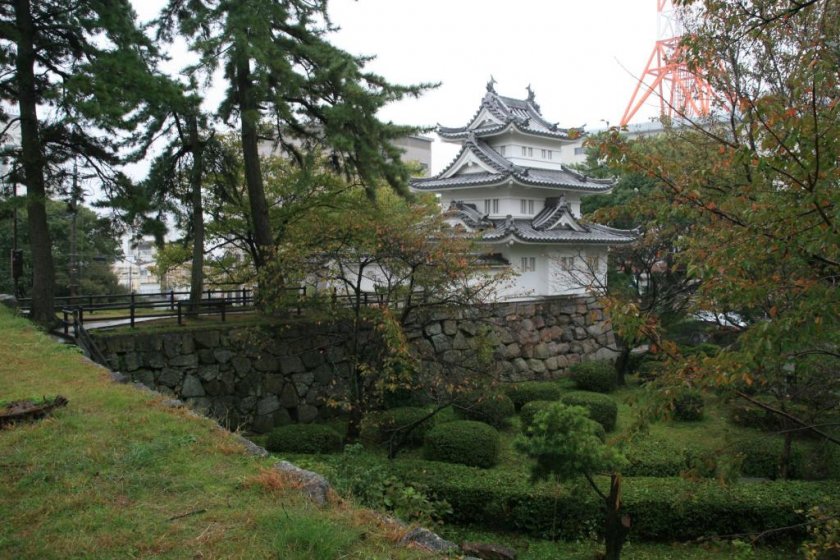 Situated between Mie Prefecture’s Route 23 and the Tsu City Hall are the ruins of a once proud castle, Tsu Castle. For three hundred years between 1571 until 1871, Tsu Castle watched over the region. For most of that time, it was under the same family rule, that of the Toda Clan. The castle was originally founded by Oda Nobukane, younger brother of the first of the three unifiers of Japan, Oda Nobunaga, as a strategic stronghold in the Oda’s annexing of the Ise Peninsula.

Influenced by his brother’s castle designs, Nobukane built an impressive castle boasting a five storey keep. The Oda handed control of the castle to the Tomita Clan in 1595, who held it for only five years, before it was destroyed by fire following an attack by western army samurai during the Great Battle of Sekigahara in 1600. After Sekigahara, the victor, Tokugawa Ieyasu confiscated the fortress and in 1608 entrusted it to Todo Takatora (1556-1630)

Takatora excelled at castle design, and is believed to have had a hand in at least 20 of the strongest castles across Japan. Despite this talent, when he rebuilt Tsu Castle, instead of repairing or as would be expected, even enlarging the five storey tower keep, he built two smaller, simple three-storey yagura watchtowers instead. Part of the reason was the Tokugawa Shogun’s rule on expanding and improving castles. This law was enforced to prevent further outbreaks of war, and as Takatora had initially been on the side of the West prior to Sekigahara, didn’t want to raise the suspicions of the shogun in any way. Takatora’s ancestors competently ruled the area from Tsu Castle for 263 years until the end of the Edo period, when Japan abandoned it’s feudal society, and the castle was demolished in 1871. Near the original tower Keep’s Tenshudai stone base is a handsome statue of Todo Takatora.

One of the turrets, the Ushitora Yagura was reconstructed in 1958, however certain features such as extra roof gables were added to make it more visually appealing. Meiji period photographs taken before the castles construction show the original turrets to be of a more simple design. Nevertheless, the castle is still worth visiting as the north and western sections of the inner moat, part of the honmaru, (inner citadel) stone ramparts, and one of the old Yakui styled gates remain. The Japanese garden within the castle grounds park is a modern creation, but still enjoyable, particularly during cherry blossom time in spring, and late in the year for the autumn leaves. For history and castle buffs, Tsu Castle is a must see. For those wanting bragging rights to an under appreciated Tsu City attraction, put this castle on your list. It’s one castle not Tsu be missed!

Find out more about Tsu Castle. 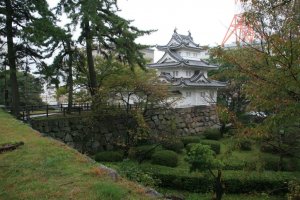 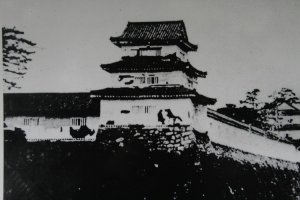 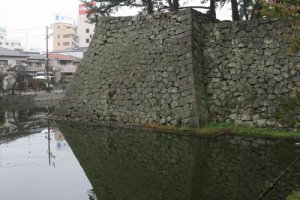 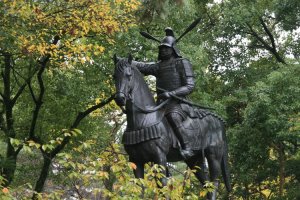 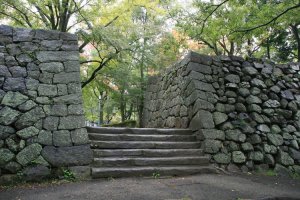 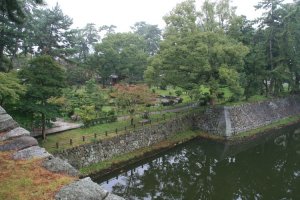