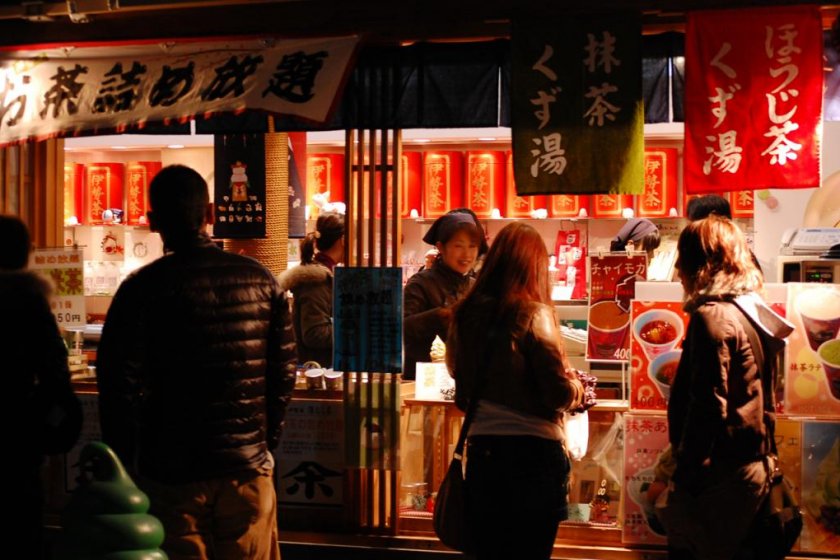 Join the midnight crowds at the Ise Grand Shrine

Visitors to Ise Jingu pass food vendors in the shopping streets near the shrine.

On a normal day, the path over the Uji Bridge, under the rows of giant trees, and up the stone steps to the fence in front of the inner shrine at Ise Jingu is populated by a steady flow of visitors. But beginning just after midnight on January 1st each year, the shrine's grounds are overwhelmed by a shoulder-to-shoulder mass of bodies heading for hatsumode, the first shrine-visit of the new year.

Before midnight, those willing to brave the cold hold court in the traditional shopping streets nearby, Oharaimachi and Okageyokocho (they're interconnected), snacking on food from vendors, drinking beer or special rice wine, and trying to stay warm until the final countdown begins.

I went though it all a few years ago, beginning the New Year's Eve night eating and drinking at a friend's apartment near the city center. By 10 p.m., well fed and energized with drink, we set off on the hour-long walk to the shrine area, bundled up in warm coats, gloves and knit caps (those not wishing to walk can access the shrine easily by bus).

When we arrived, I was surprised to see the usually fluid main shopping street near the shrine packed as tightly as it could be. My friends and I bought something to drink and found a spot to take in the scene. After a few chance meetings with acquaintances, someone nearby started handing out noisemakers — midnight was drawing near. Soon, the final countdown began. At zero, the crowd erupted in applause as pops from the noisemakers rang out, acting as a de facto starting gun for the main event: The Race to the Shrine.

If you join the madness, step slowly and carefully. If you have kids, hold on to them tightly. Try not to loose your friends, but don't worry if you do, because you can't turn back. Just move forward and prepare to choose as you approach the final stairway leading to the point where the public can go no further. At the base of the stairs, you can opt to go directly to the altar, toss in a coin and pray. Or you can take an express lane (stopping is not an option) and just crane you neck for a peak at others performing this ritual.

If it's your first — or only — occasion for such an experience, I say go through with it. Sure, you'll be cold, cranky, and tired of jostling for space, but you won't be back to try again any time soon. (Warning: photography is prohibited once you go up the final stairway, and guards are on duty to enforce this; aim for a final shot of the crowd from the base of the stairs.)

What's next? Some head out to party, others hike or drive to a viewpoint to watch the sunrise (nearby Mt. Asama, accessible by hiking trail or a toll road, may be a good choice). Me? I shared a taxi back to the city center, made my way home, and welcomed the new year with a deep, long sleep.

Notes: While this article covers an experience just after midnight on January 1st, the hatsumode visits keep up at a steady pace for the first few days of the year. A daytime visit in this period would offer a fuller range of shopping choices along the streets near the shrine. 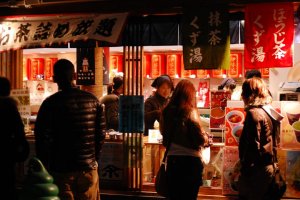 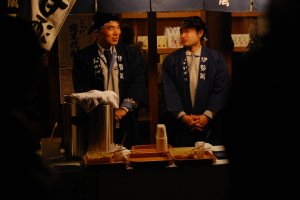 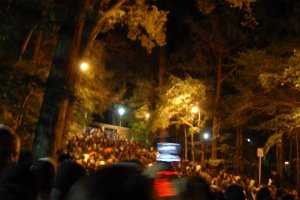