History and Soccer- all with a great view!

Sendai's Atago Shrine is a gorgeous shrine built on a large hill with breathtaking views of Sendai City.This shrine is a bit of a hike up winding staircases that take you through a small forested area. There are various bird calls and lots of insect activity, so it really is a green retreat in the already nature-filled city. The views of the shrine have a panoramic view down to the Hirose River and across city center. One a clear day, you can also see the mountains and it makes for an unforgettable experience.

The reason and information surrounding the establishment of this shrine is unknown, however, the Yonezawa Family appeared to have built it in 1591. When feudal lord Date Masamune moved his capital to Sendai, it appears that he also favored this shrine and the attached temple and moved portions of it to be closer to his new castle. The main shrine is considered a Tangible Cultural Asset by the city of Sendai.

Atago Shrine is one of many shrines that houses the Fire God Gagutsuchi. In this shrine you can pray to be protected from fires and the resulting calamities. (Fire was an incredibly real risk in the old Japanese wooden houses.) In Sendai, all shrines and temples are divided additionally into animals in the Chinese Zodiac and Atago Shrine is a shrine for those whose birth year is that of the Snake (also called Dragon)! So lucky charms there will have a snake drawing to ensure those with that birth year have extra luck.

The shrine also is connected to a temple in the back which is un-staffed, but has a lot of cute statues of the zodiac animals and is worth a little walk. There is a small Buddhist bell that, aided by a timer, rings in the morning and in the evening every night. The sound is known by the residents in the area and is an important part of Sendai's sound culture.

Interestingly, the Atago Shrine includes a shrine for the Sendai Soccer Team, Vegalta. It's the first time I ever saw a sports team shrine, but I think that it is wise that the players pray for passion and power like a burning flame. Who better to ask than the Fire God Gagutsuchi?

Atago Shrine can be accessed from the Subway Nanboku Line Atago Bashi and is a ten minute walk. It can also be reached by Sendai City Buses and is a 5 minute walk from Atagobashi stop.

I've lived in Japan for a total of five years and love to travel on the cheap! My itinerary usually includes Japanese Castles whenever possible! 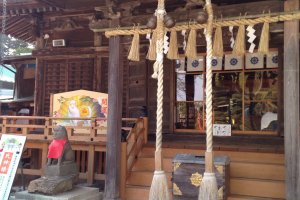 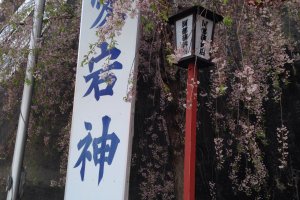 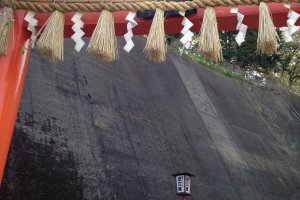 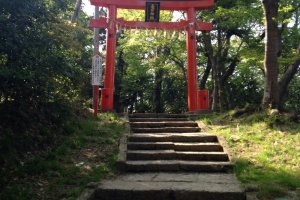 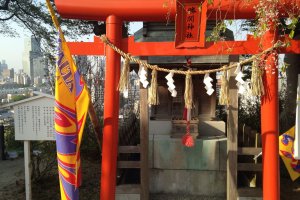 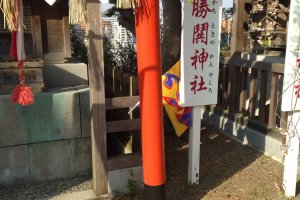 Sleiman Azizi 2 years ago
There are scores of Atago Shrines around Japan, all dedicated to Kagu-tsuchi and his tendency for conflagration.
Reply Show all 0 replies

Justin Velgus 5 years ago
Looks like lots to see here. The website you linked shows some of the cool looking statues and paintings housed there. I will need to check this out.
Reply Show all 0 replies
2 comments in total