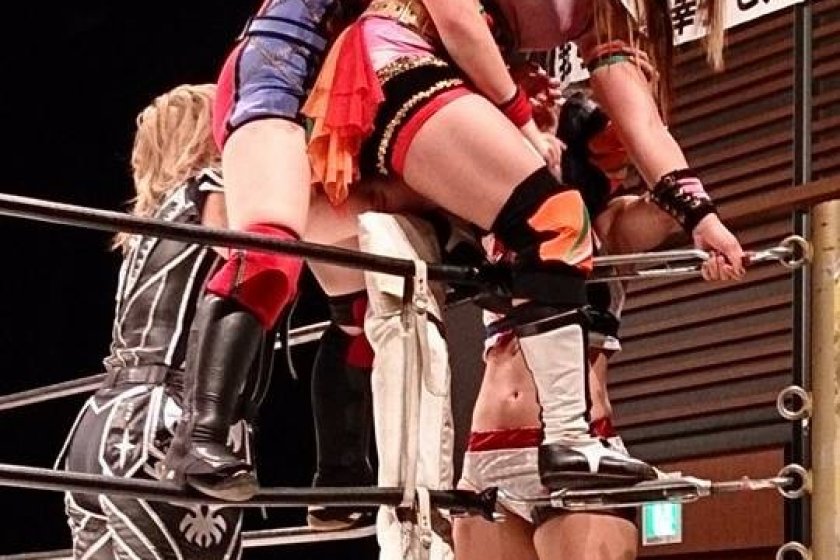 This is not going to end well (Photo: Pink Yuji)

Don't let the guidebooks fool you. Sumo may be Japan's most traditional form of wrestling, but is it the most entertaining? I would have to politely disagree. That title goes to Sendai Girls' Wrestling. Similar to the male oriented local professional wrestling league, Michinoku Pro Wrestling, this all female troupe still delivers the crazy, but with a little more cute.

Sendai Girls' Pro Wrestling was founded in 2005 by Michinoku Pro Wrestling president Jinsei Shinzaki and female professional wrestler Meiko Satomura. Based out of Sendai, Miyagi Prefecture, the league has grown to have a substantial fan base at each and every show. Crowd favorites include founder Meiko Satomura most popular in the early 2000s from other promotions, and sisters/occassional tag team members Sendai Sachiko and Dash Chisako. Since then the number of the wrestlers on the roster has increased, but is still low in number. This means that there will often be challengers from other female wrestling groups in Japan at most shows. It makes it more entertaining actually with new and old faces to cheer or boo on a regular basis. For example, I was graced with the presence of Aja (Asia) Kong at a show I visited recently. Aja Kong is a legend, equally famous for both her large size and her skill in the ring. Despite taking dozens of kicks and punches, she would not budge! She is currently a freelance wrestler appearing in shows across Japan.

The wrestlers are incredibly athletic. Hitting, grappling, throwing, and flying all over the ring, it is obvious they put in incredible amount of time into their in-ring and physical training. Are you interested in becoming as strong as the Sendai Girls? Well, you actually have the chance! The Sendai Girls' Wrestling league offers ring rental, exercising and lectures on how to stay healthy on business trips, and a wrestling school for girls 14 and over. These are probably not of interest to the short term tourist, however, there is one more option. Each Wednesday evening at the Sendai Girls' Dojo (pinned on this map), one hour fitness classes are taught right inside the wrestling ring. Why don't you challenge yourself with stretches, abdominal, and core workouts? For just 1000 yen, women (18:30-19:30) or men (20:00-21:00) can flex their muscles and gain a new appreciation for what these wrestlers put themselves through for the fans. No reservation necessary; bring workout clothes (indoor shoes), towel, water, etc.

A popular place to hold the Sendai Girls' Wrestling shows is Sun Plaza, a hotel event center about a 15 minute walk from JR Sendai Station. However, you should confirm all show times, prices, and schedules on the official website (Japanese only). Tickets can be bought in advance online or sometimes at convenience stores, or in person on event day. 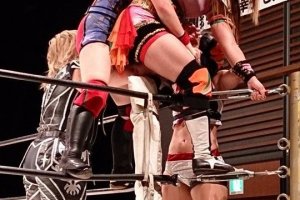 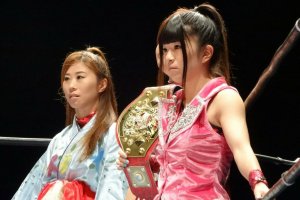 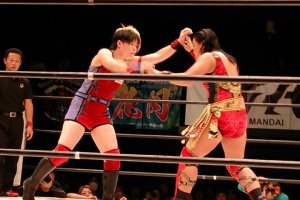 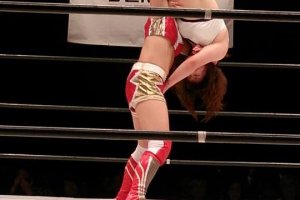 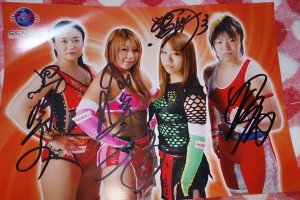 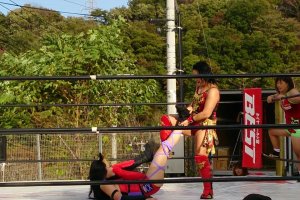