Ishinomaki Fish Market is the largest fish market in Japan, acting as a conduit for the Minami-sanriku coastal region – one of the world's largest fishing grounds. At 876 metres long, it is the largest fish market in Asia and 1.4 times the size of its predecessor. Despite setbacks caused by the Great East Japan Earthquake, full-scale operations resumed back in 2015 and business is booming, with catch volumes and revenue long since back up to their pre-2011 levels.

The market invites visitors from far and wide to see the core of Ishinomaki's economy in action, with the city's maritime industry and port having played a central role in the city's historical development. An elevated viewing gallery provides a bird's-eye view of the facilities, with the best time to visit in the early hours of the morning from 6am.

Colossal cargo storage facilities span 4 floors and a total area of 46,000 square metres across 3 distinct buildings, separated into zones dedicated to offshore/coastal trawlers, aquaculture, exporting or onward forwarding to other markets, such as Tsukiji market in Tokyo).

Witnessing the auctions is a lot of fun – auctioneers will go around the morning catches followed by a keen herd of buyers. The bidding process take place at breakneck pace, with the auctioneer exchanging rapid-fire coded Japanese and hand gestures with onlookers. It's almost incomprehensible to outsiders and over as soon as it's started, but fascinating to watch nonetheless. Buyers then mark their prized winnings with their business seal.

Individual visitors can generally guide themselves around the entrance and viewing deck areas, though groups (such as students or tourists) can arrange for a guided tour from a staff member. Due to vehicles and other dangers, some areas may be off-limits.

The viewing deck on the 2nd floor gives a commanding view of the catches being unloaded or transported. If you come early in the morning, you'll get to witness the hustle and bustle of the morning auctions taking place too – though be warned most of this takes place before 7am, so getting there at 6am or earlier is recommended. A beautiful sunrise will be your reward though if the weather cooperates.

They also hold the annual October event, the Ishinomaki Tairyou Festival (Grand Fishing Festival). Seafood from across the region, alongside local cuisine, is sold at knock-down prices. Over 55 stalls set up shop selling grilled oysters, scallops and more, and visitors can also experience what it's like to be a buyer at a fish auction or witness a tuna carving demonstration. 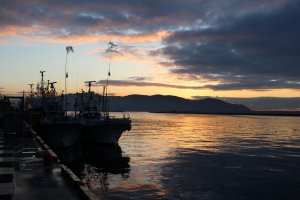 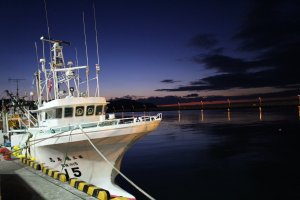 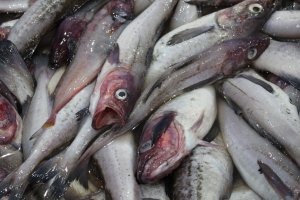 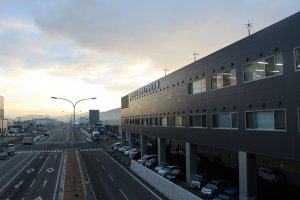 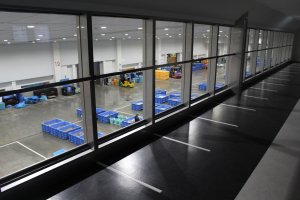 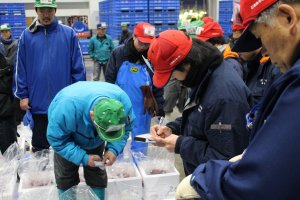