Generating power since the Meiji era

Waterwheels have been used since ancient times, but using the same concept and combining it with the more modern invention of hydroelectricity would not happen until the early 1880s in the United States. Just 30 years later the advanced technology made its way to Japan, coming to Sendai before anywhere else.

The Sankyozawa hydroelectric power plant was built in 1910 during the Meiji era, a time Japan rapidly adopted new western technology and infrastructure. A portion of the Hirosegawa River running through the heart of the city was diverted to provide the natural energy needed to create manmade energy. The success of the project was immediate as it was the only source of electricity the city had at the time. In the coming years the gas lamps dotting the streets would be replaced with electric substitutes. Amazingly the one generator operation still continues over a century later.

The grand achievement is remembered and celebrated with the admission-free Sankyozawa 100-Year Electric History Center. The first floor of the center provides easy-to-understand explanations of the history of electricity, how it connects with our lives, and the nature around Mount Aoba and Hirosegawa River (in Japanese). The neighboring building houses the water wheels and power generator. It can be viewed through a large glass window.

Children will fall in love with the large and entertaining second floor play area. It features playing structures, an interesting ball game built into the wall, a library, and simple toys and art pieces. A sign on the door next to the stairs in Japanese suggests you step outside to the balcony. From there you will get a great view of the hill behind the building. On the left are the modern pipes which transfer water to the power plant, replacing the old Meiji era tunnels seen on the right.

The Sankyozawa 100-Year Electric History Center is located near Bus Stop #11 on the Loople Sendai Sightseeing Bus. Next to the center is a small shrine with a charming waterfall and the Sankyozawa Bicycle Safety Park. Combine these activities for a perfect (and free) day trip for families with young children. The area is also full of cherry blossoms around late April. 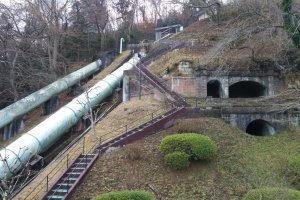 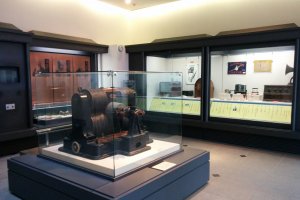 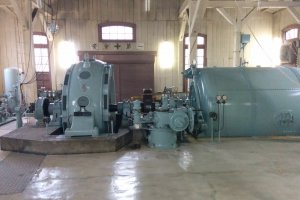 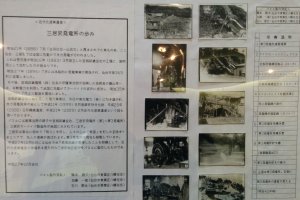 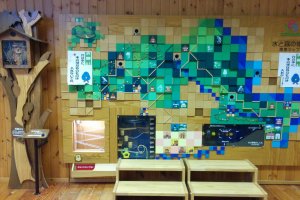 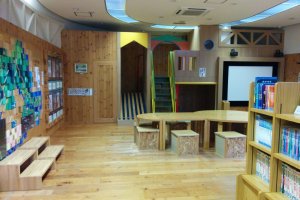