Remembering our ancestors through celebration and prayer 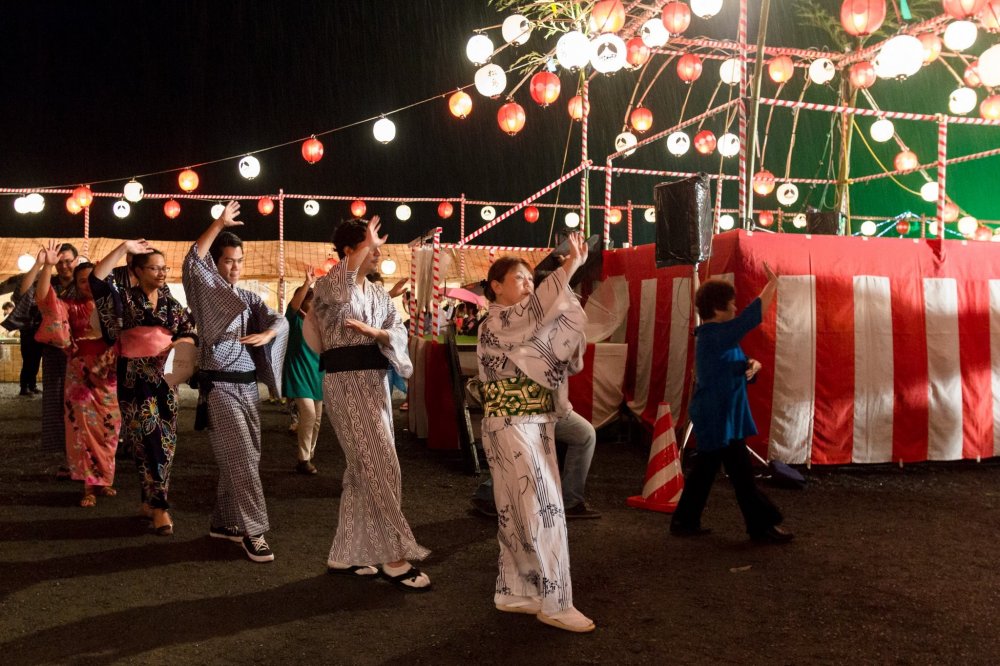 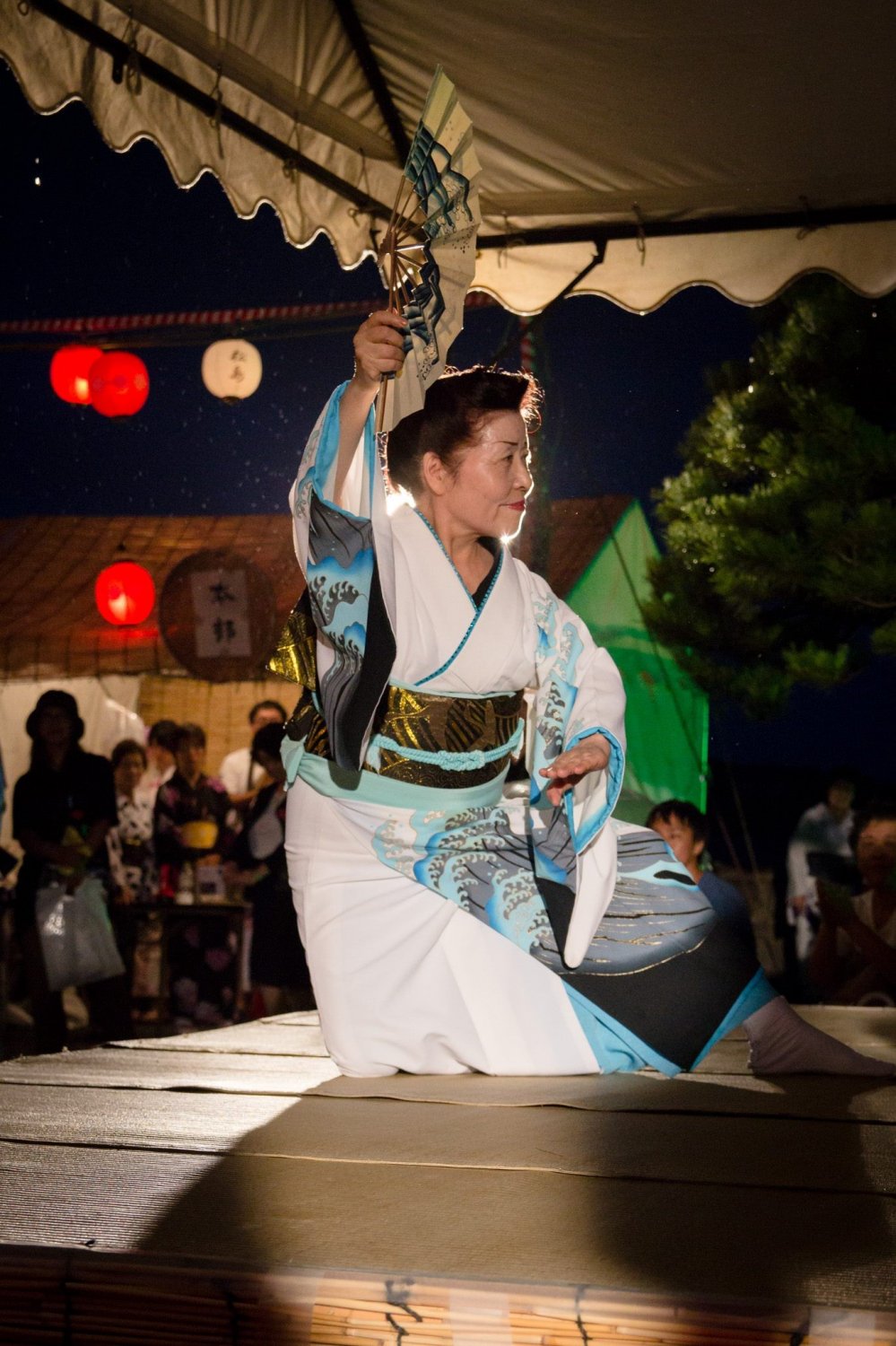 There are several solo and group performances 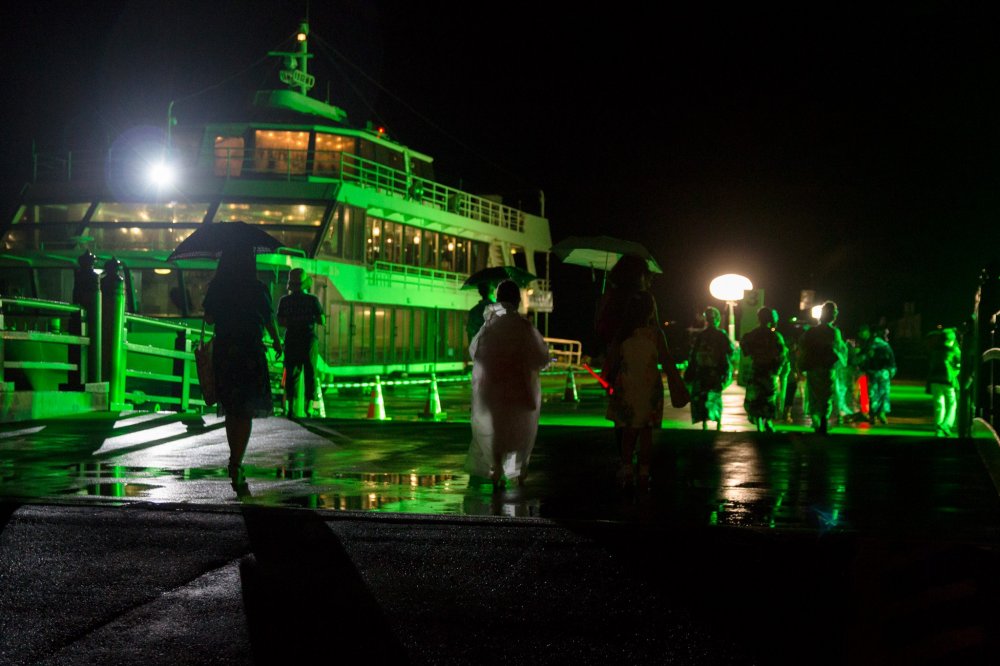 A mysterious green glow at the ferry port 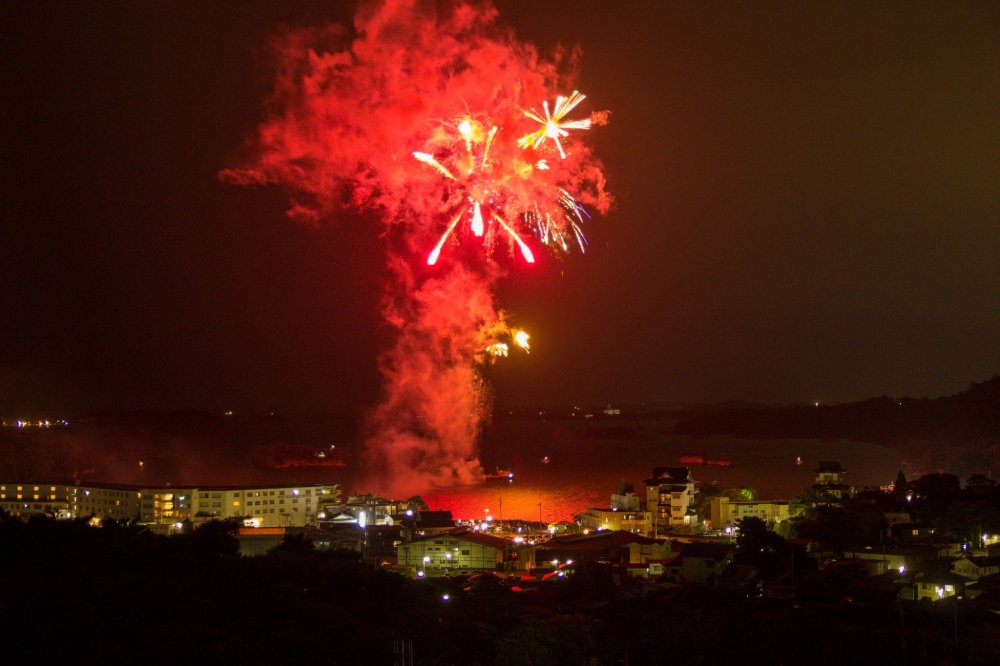 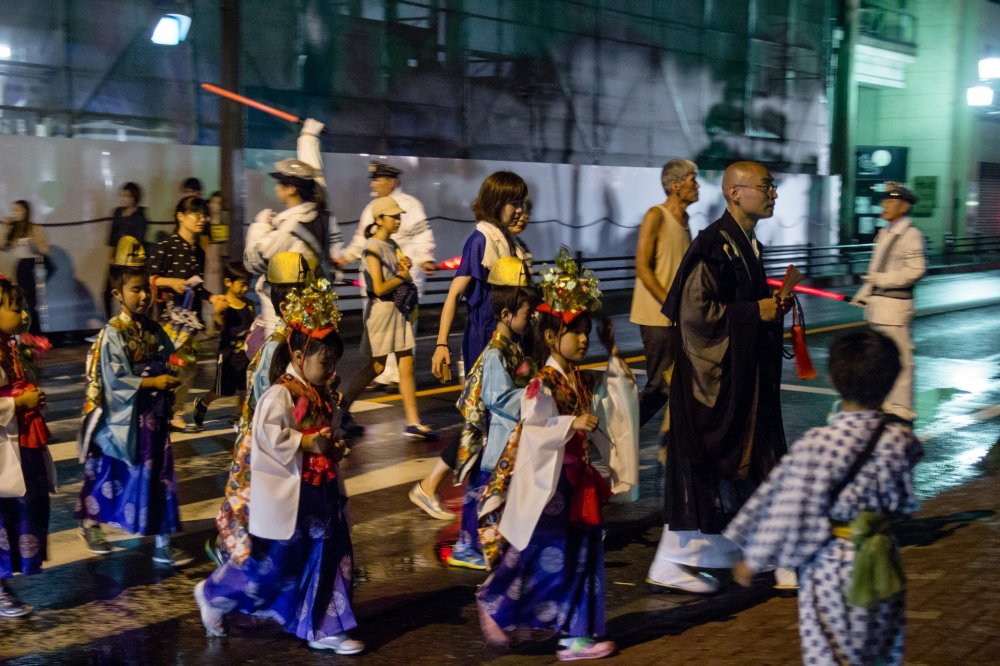 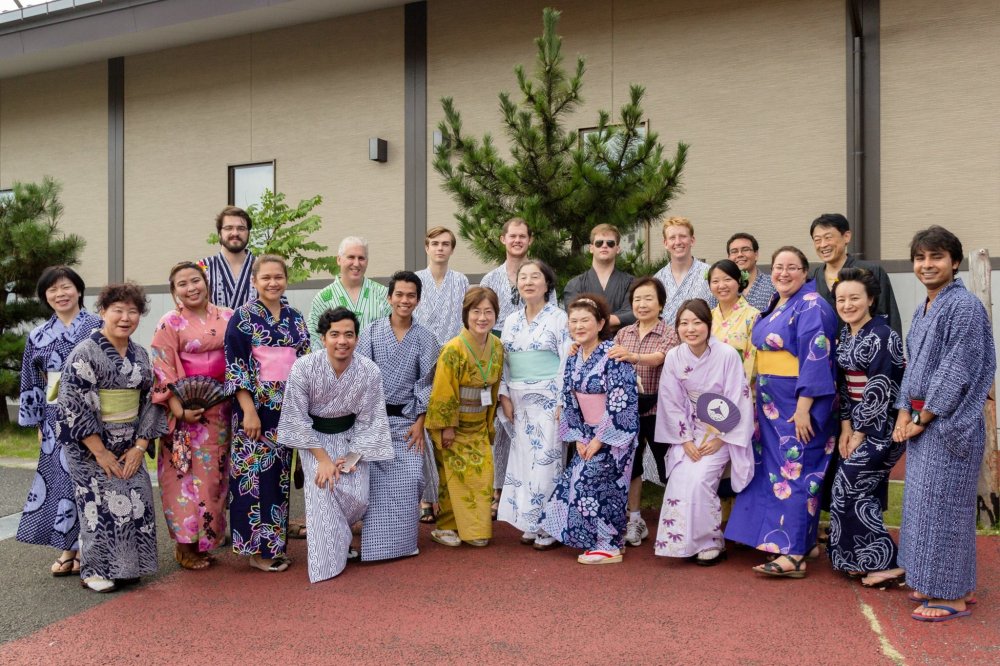 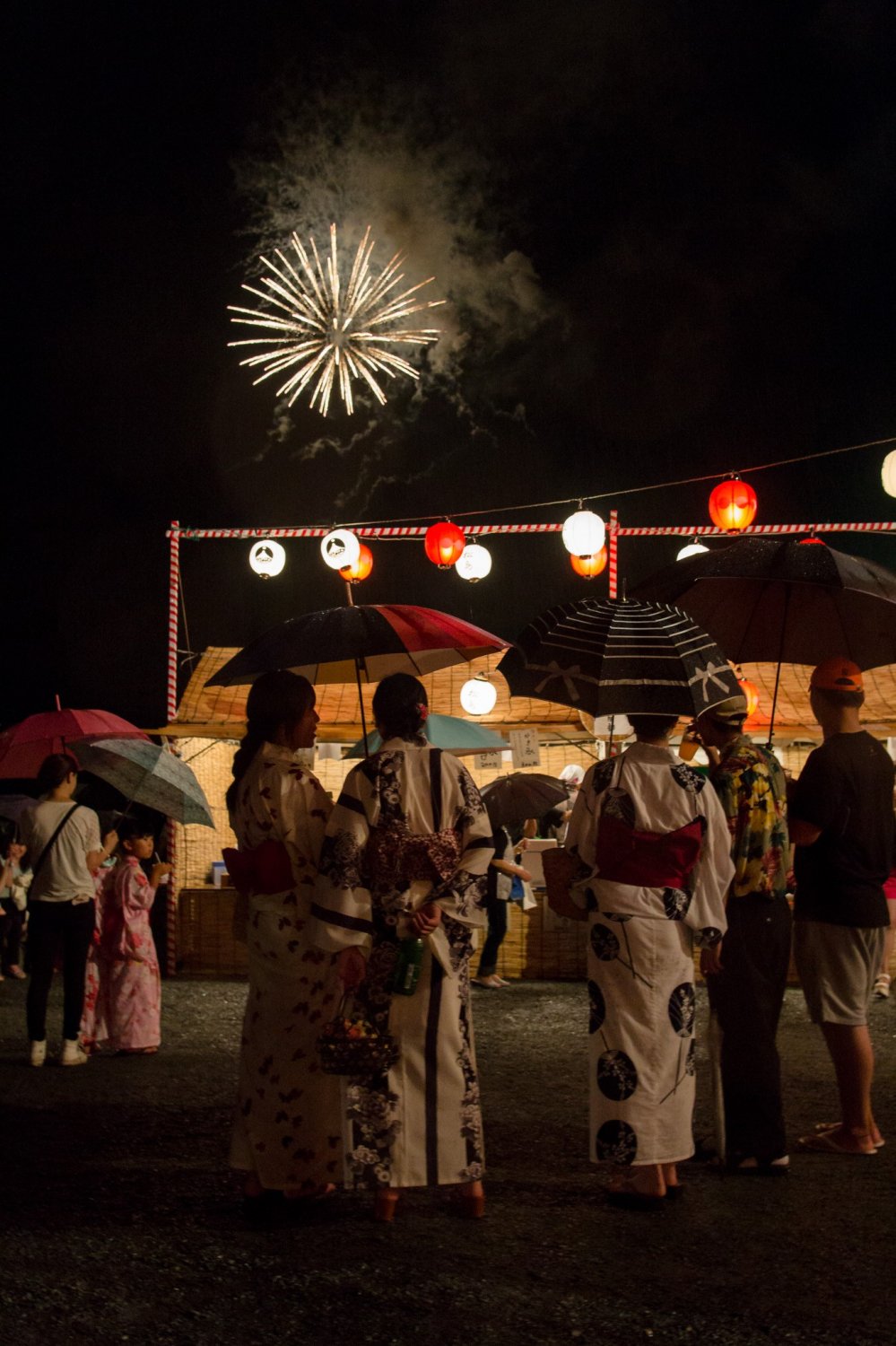 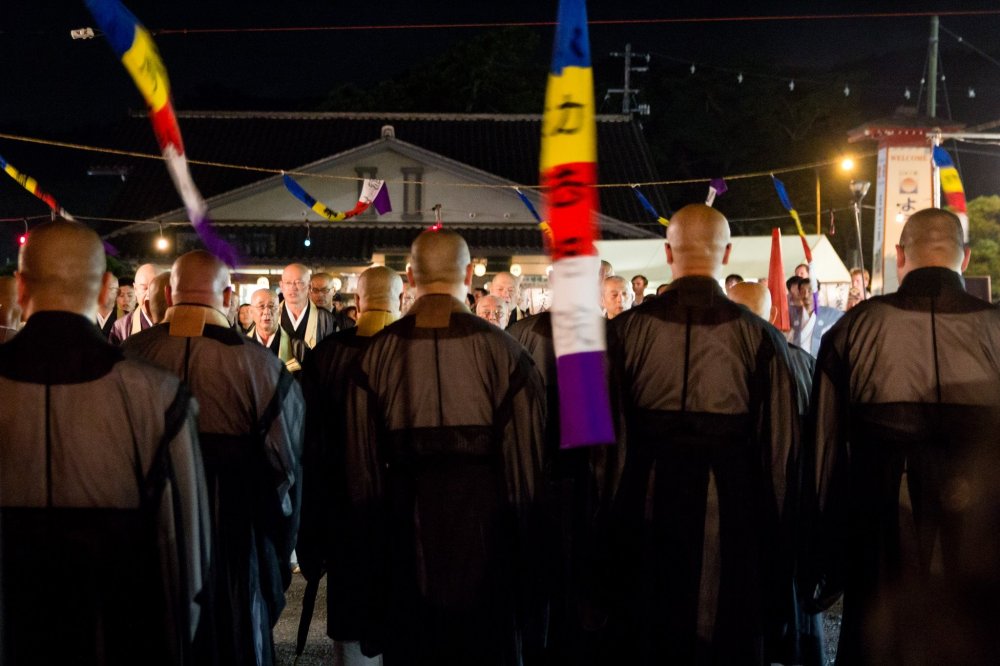 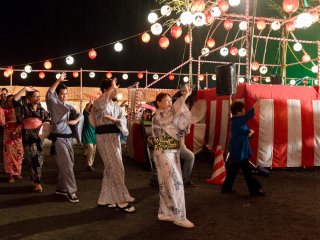 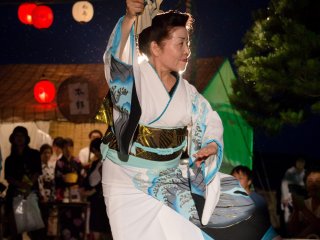 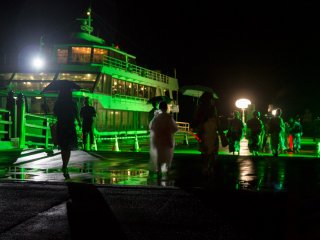 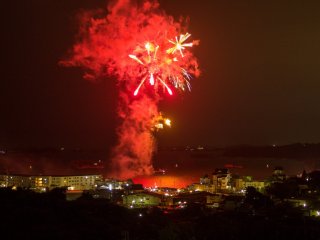 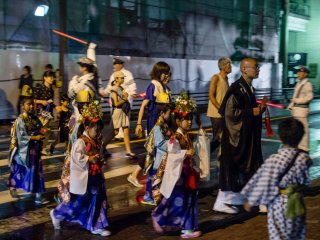 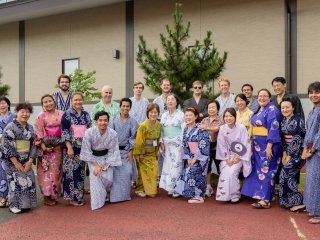 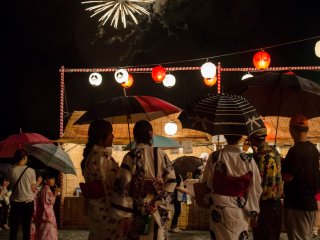 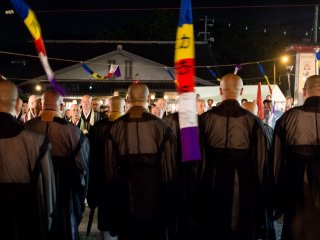 The Obon Festival in mid-August is a time across Japan to remember ancestors with traditional events such as Bon dancing and guiding ancestors' spirits via floating lanterns. It is also a chance to unite the community. Matsushima has its own version called Umi no Bon Matsuri, the Bon Festival of the Sea. Its creation is actually a revival of local traditions after the 2011 earthquake and tsunami. In addition to the above mentioned events, local food vendors and a small fireworks display add to the festivities. At the end of the two-day festival, Buddhist priests gathering around the important Zuiganji Temple parade through the grounds chanting sutras.

The event is becoming more and more international as this year featured free yukata rentals for foreigners. The yukatas were kindly donated by local residents. Then, while dressed in the traditional clothing, locals and foreigners danced a centuries-old Bon dance together in the middle of the festival grounds.

Roger was inspired to move to Tohoku following the 2011 earthquake and tsunami to help support the recovery. He currently works with the Town of Matsushima to make it easier for foreign travelers to visit. You might just find him catching the sunset from Fukuurabashi Bridge or relaxing in the gardens of Entsuin Temple, two of his favorite Matsushima spots.

Justin Velgus 4 years ago
I recommend watching the fireworks from the ferry! It was amazing!
Reply Show all 0 replies
1 comment in total

Justin Velgus 4 years ago
I recommend watching the fireworks from the ferry! It was amazing!
Reply Show all 0 replies
1 comment in total