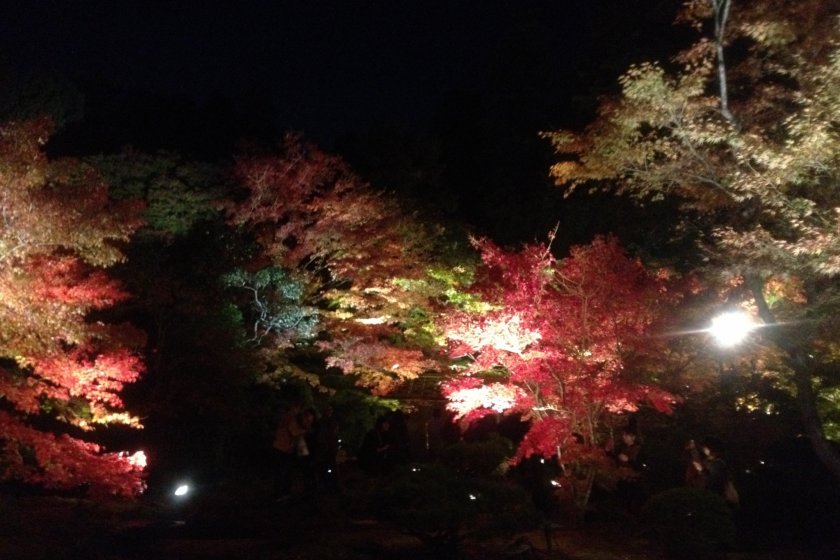 Late Oct Mid Nov
Another view of the leaves and some of the other leaf-peepers.
When: Late Oct - Mid Nov 2021

Matsushima is a popular travel destination for many all year round, but it is not widely known that Matsushima's Entsuuin has exquisite fall illumination in their Zen Garden.

What's fall illumination, you may ask? Well, it's when the maple trees are lit up at night with various colors; yellow, white, or green! It's not very common in the rest of Japan, so Entsuuin may be the only place you can see this kind of event. While bordering on romantic, serene, and even a little spooky, the fall color illumination is sure to be a sight that you'll remember from your visit!

The light-up itself comprises of a wide area. Visitors to the Matsushima Bay Area in the daytime should be familiar with picturesque Entsuuin Zen Garden, which is a peaceful sight at any time of the year. The Light Up in the famous garden, however, casts another shade of splendor into what is normally a lovely stroll. The surrounding Sanseido, Kanrantei and the Hiyokutsuka Cave are other places that can be seen illuminated during the Light Up. The graves in the cave in darkness give a particularly eerie feel that is enough to delight anyone who likes scary stories.

The entrance to the main Light Up would be at Entsuuin Garden where visitors would pay their entrance fee and wind their way around inside the garden. There is a bit of a hike with the stairs involved. It also could be a bit slippery from wet leaves, but it is generally lit up well enough to not have to worry about slipping and hurting oneself in the darkness. They have events inside of the garden for the Light Up. In fact, I managed to catch the tail end of a rather ghostly sounding singer-songwriter, which enhanced the atmosphere.

In addition to the trees being lit up themselves, there are curious bamboo-shaped lanterns with various messages carved in them. I was told that these lamps change every year so even returning visitors can see something new each time.

Admission is ￥500 during weekdays, or ￥800 at weekends/holidays.

Entsuin is a 7 minute walk from Matsushima Kaikan Station. There are torches, (yes, torches) and signs that light your way.

I've lived in Japan for a total of five years and love to travel on the cheap! My itinerary usually includes Japanese Castles whenever possible! 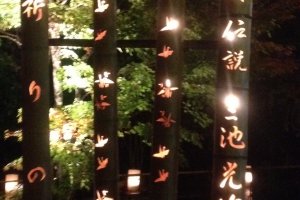 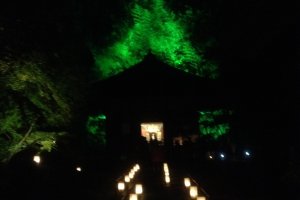 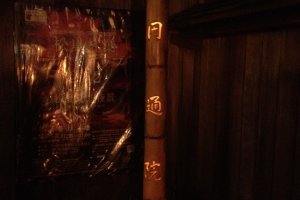 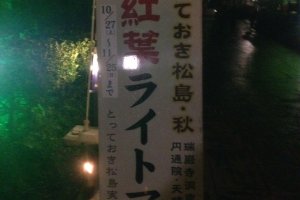 Elena Lisina a year ago
Matsushima is wonderful place!
Reply Show all 0 replies

Justin Velgus 7 years ago
Nighttime viewing of the changing colors looks like something very special! I would recommend spending the day in Matsushima, having dinner at one of the many restaurants along the coast, and then a leisurely stroll under the trees before returning back to Sendai. Or just spend the night at a hotel down there--many which have hot springs!
Reply Show all 0 replies
2 comments in total