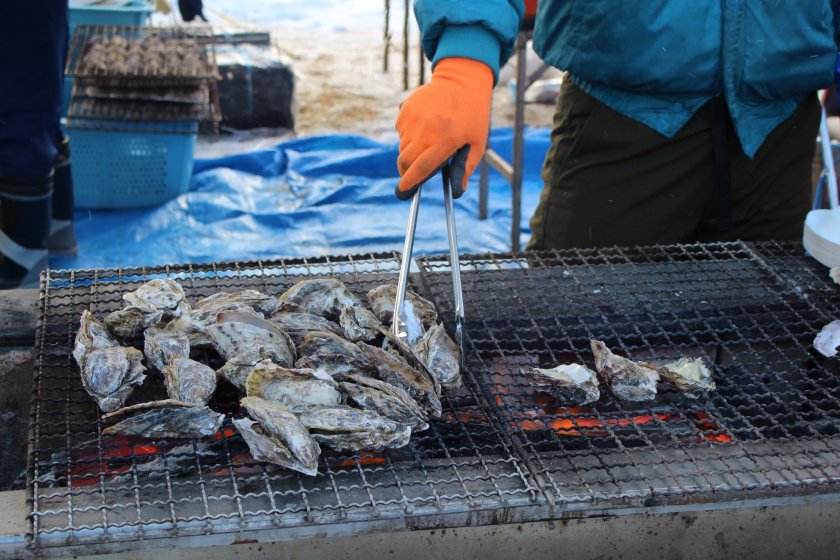 Kaki Matsuri is the place for grilled oysters

The Matsushima Oyster Festival (Kaki Matsuri) started over 40 years ago, and takes place in the peak of oyster season. In Matsushima, oysters are typically grilled. Japanese oysters can be quite massive especially in areas like Matsushima, Minamisanriku and Kesennuma. You can stand in a long line for one free grilled oyster as many times as you can make it through. They also give out free bowls of oyster soup kakinabe (nabe is a stock soup that can be customized depending on the ingredients) to those patient enough to make it through the long wait. The kakinabe is excellent and it’s worth the wait. Even better, you get more oysters (three or four) from the kakinabe line.

Besides free grilled oysters and free oyster soup there are both paid for and complimentary grill stations where you can hang out and relax with your group of friends and family and grill out in the cold February air of coastal Miyagi. Many of the food stalls will have deals on bulk seafood and meat for grilling as well as single pre-cooked portions for those not interested in cooking their own food. The grill stations are available for 60 and 90 minute time periods. There was a fantastic crab soup, grilled scallops, grilled oysters, tsubu (like a sea snail), abalone, squid, octopus, as well as numerous dessert stands selling crepes and chocolate-dipped bananas. The grilled pork stand was fantastic, for 400 yen you got a cup o’ pork which, included sausages, bacon and a good cut of ham. The best value was probably the 5 fried oysters for 350 yen, they were very tasty and a real bargain. The cold weather made a cold beer unappealing but there was also hot sake available to warm you from within.

Much of the festival's entertainment that isn't strictly food related was geared towards families and children. There was a PR team from a seeing eye dog company, display from the Japanese Self Defense Force and those cut-outs you can stick your face in to take pictures with. On a more adult level there were some sake retailers giving out free samples on the street.

If there is a good snow storm before you go, Matsushima in winter can be just as beautiful as in other seasons. While the trees are bare and missing their spring flowers, summer greens or autumn fire, the snow falling in such a serene place can really be lovely. There is also plenty else to do as in the area in well like visiting Tohoku's oldest zen temple or the large local aquarium once you’ve had your fill at the festival. Dress warm, and take a walk out to Fukuurajima or Oshima while you’re there and check out the beautiful island covered in snow. 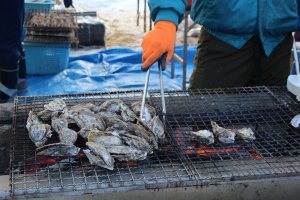 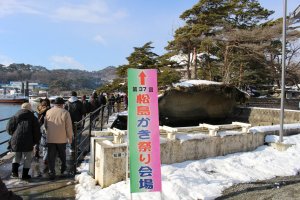 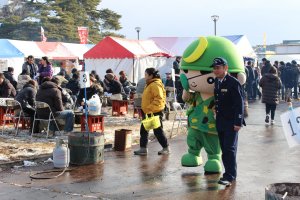 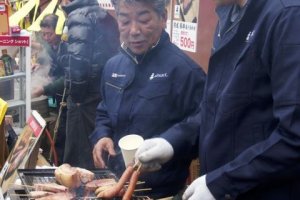 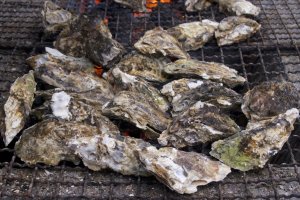 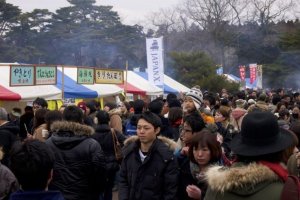 James Forest 8 years ago
It reminds me of the clam festival we have in Pismo Beach.
Reply Show all 0 replies
1 comment in total