Tohoku is known for its harsh winters, but that doesn't mean its inhabitants are huddled in under the nearest kotatsu or heater in a state of hibernation for weeks at a time. There are multiple ski resorts, hot springs, and local snow festivals to enjoy, but it's not all relaxation. In the small town of Kami in northern Miyagi, one weekend in early February heats up with a prefectural snowball fight! This is not some kind of free-for-all, but a team versus team tournament with the top runner-ups advancing to the the national snowball tournament in Nagano and the winning team guaranteed entry to the Sapporo international tournament. As you can imagine, some teams join for the fun while others are so serious that the event organizers require helmets, and snowballs that are too big or too hard cannot be used. For a fair tournament, you need rules.

The rules for the tournament are actually more strict and detailed than I first thought. Each team has seven members, two backup members, and one leader that directs from the sidelines. There is an adult and a junior division. The adult team registration is 13000 yen, but costs may vary year to year, so do check the website (Japanese only). Furthermore, the adult teams must have three or more members that are women. Matches are 3 minutes using 90 snowballs. All snowballs are made by your team during a specified time period and ones that don't fit specifications are thrown out by one of the three judges. Snowballs are made using metal molds you lift and smash with. They are heavy and will make you tired. Teams play three sets of three games each. If you lose two games in a set, you don't play a third. Your team must win at least one set to advance to the second day of the tournament. Let's move on to game mechanics.

Before a match starts, members on both teams put on uniforms and helmets, then shake hands/bow. All team members start on a line about two-thirds of the way back on their side of the battlefield near their team's handmade flag. Each member starts with two of the 90 snowballs you made earlier. Three members are designated as back members while four are front members. Anyone can move forward, but only back members can retreat to the back section of your team's side. Back members will pass snowballs from the back to the front members. Only two members of your team can cross and be in enemy territory at one time. You can win two ways: 1) touch the opponent's flag or 2) have more remaining team members at the end of the three minute match. You are out if you are hit by a snowball or break a rule. Breaking rules happen often in the heat of battle. Stepping out of bounds, front members going into back member's designated area, making a snowball out of snow instead of using your own, or having too many people attack at once are all frequent occurrences. When the set is over, players shake hands/bow, make the next set's snowballs, and wait for the next set with another team to begin. The matches are fast paced, exciting to watch, and a thrill to compete in.

While most teams are Japanese, 2014 featured two teams from Thailand and a mixed team of Japanese and international members representing a speech team from Sendai. Some teams obviously have practiced before and there are many teams that compete each year. One of the most impressive teams in the tournament was by far in the junior division. A boys baseball team employed a defensive strategy where their strong throws and good aim took out opponents from a distance while anyone making a dash for their their flag was quickly dispatched. I think the adult teams can learn a lot from the little champions.

The field that is used as the tournament location is not near public transportation and there are just a few food trucks (no stores or restaurants) in the area on game day. Therefore driving to and from the event is the best option. There are various hotels in the area between 10-30 minutes away. 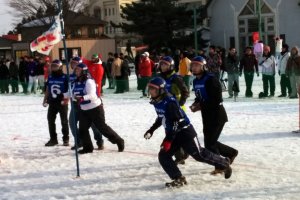 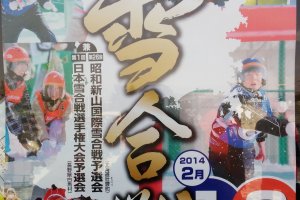 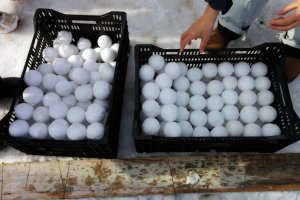 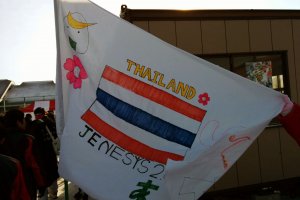 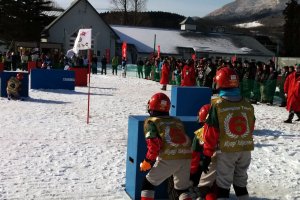 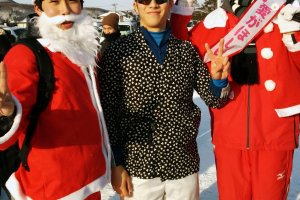